Cross-country excited about Dixie State Invitational, having meets on the schedule 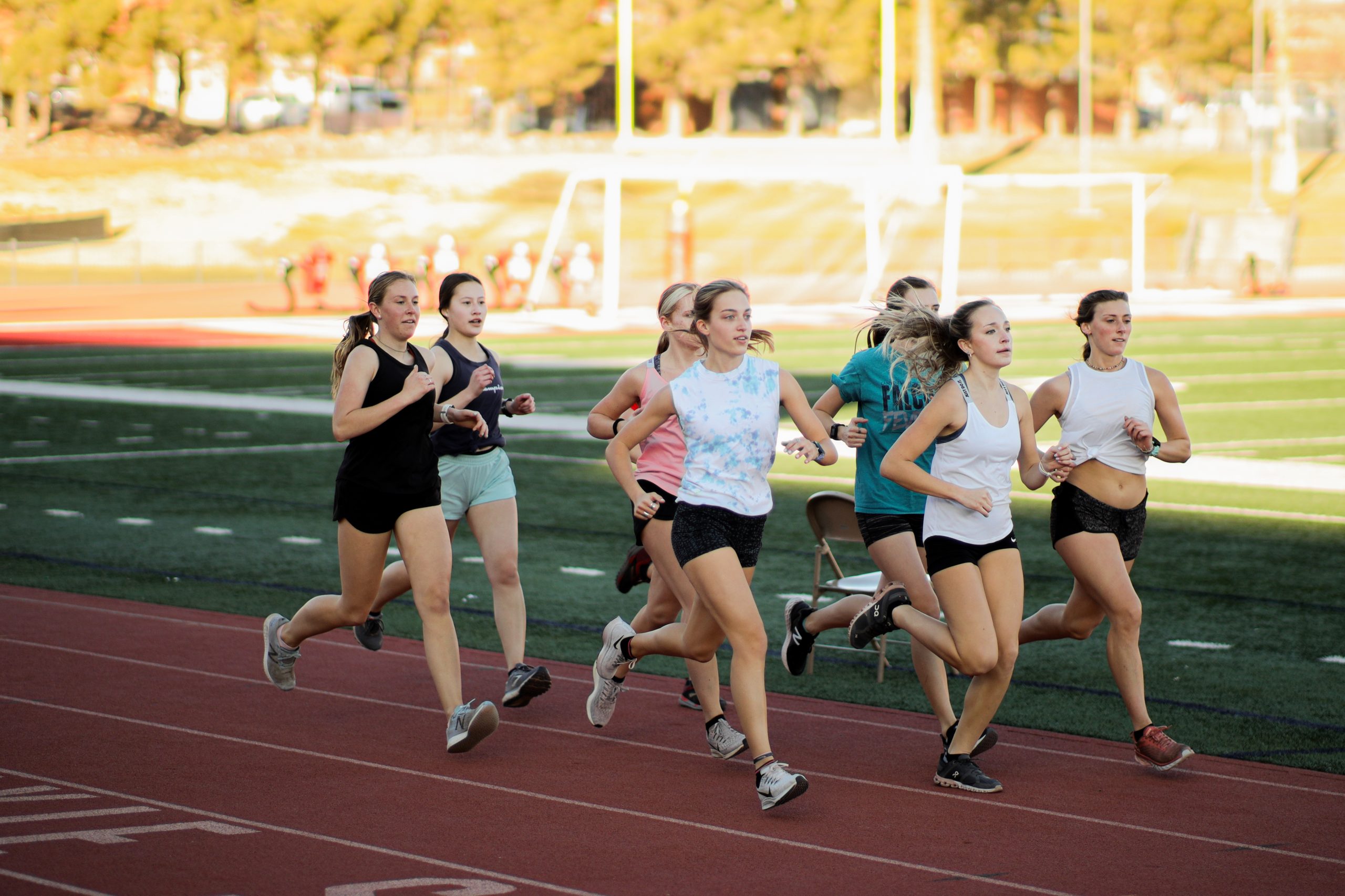 Dixie State University’s cross-country team is preparing for the upcoming season. After leaving for winter break with lingering questions about the future of the team, the Trailblazers are now competing for the first time as a Division I team. Photo by Misha Mosiichuk.

The last time we heard from the Dixie State University cross-country team, its season was still a big question mark.

Now, DSU cross-country will host its first-ever Dixie State Invitational on Jan. 23. This race marks another inaugural event as this is the first time DSU’s cross-country team has run at the Division I level.

Cross-country usually takes place in the fall; however, due to COVID-19, the racers are just getting off the starting blocks for the season.

“This year, the hard thing was starting out in the fall and [not knowing] if we’d be racing in the fall, or when our races would be,” head coach Justin Decker said. “Everything was just a question mark.”

Now that there has been a tentative schedule put into place, the cross-country team has found it easier to stay motivated.

“Right now, the last week or two of practice has been a lot easier now because we actually have some races in sight,” Decker said. “It’s a lot easier to be motivated and run hard when you actually know what race is coming up that you are training for.”

Not only has Decker been excited to have the runners back, but the runners have also found new motivation as they look forward to their season.

Sarah Fish, a senior exercise science major from Cedar City, said, “We have a lot of newcomers, some transfers and some returners that are super competitive, so I’m excited to see how the rest of the season will go.”

With Fish being the lone senior on the women’s team, her upperclassmen status will be beneficial for the lowerclassmen to help them learn how things are done here at DSU.

“I try to just show them the ropes,” Fish said. “Being there for them and making sure to help them know what they need to know is something I’ve tried to do to help.”

“I’m graduating in the spring, and it’s sad to think about,” Fish said. “It’s been my life for so many years, and now I’m almost done.”

Kevin Kirk, a junior exercise science major from Yerington, Nevada, will be graduating early, and this will be his last racing season.

“With the race coming up, everyone’s been focusing up and really getting ready,” Kirk said. “In the fall, it was a pretty broad training, and now it is getting more and more specific as the races are getting closer.”

Despite the roster being filled with underclassmen, Fish and Kirk still feel optimistic about the outcome of the season.

“This is probably the strongest team we’ve had in a long time,” Fish said.

Kirk added, “We are really competitive right now because we are wanting to make the top eight [spots] on the team so we can make the traveling squad.”

As competition heats up for the Trailblazers and their races approach, new faces are only helping the team get faster and stronger together.

“With the addition of the new transfers, the new freshmen and the returners, [our roster] is pretty deep with everyone that we’ve got,” Kirk said.