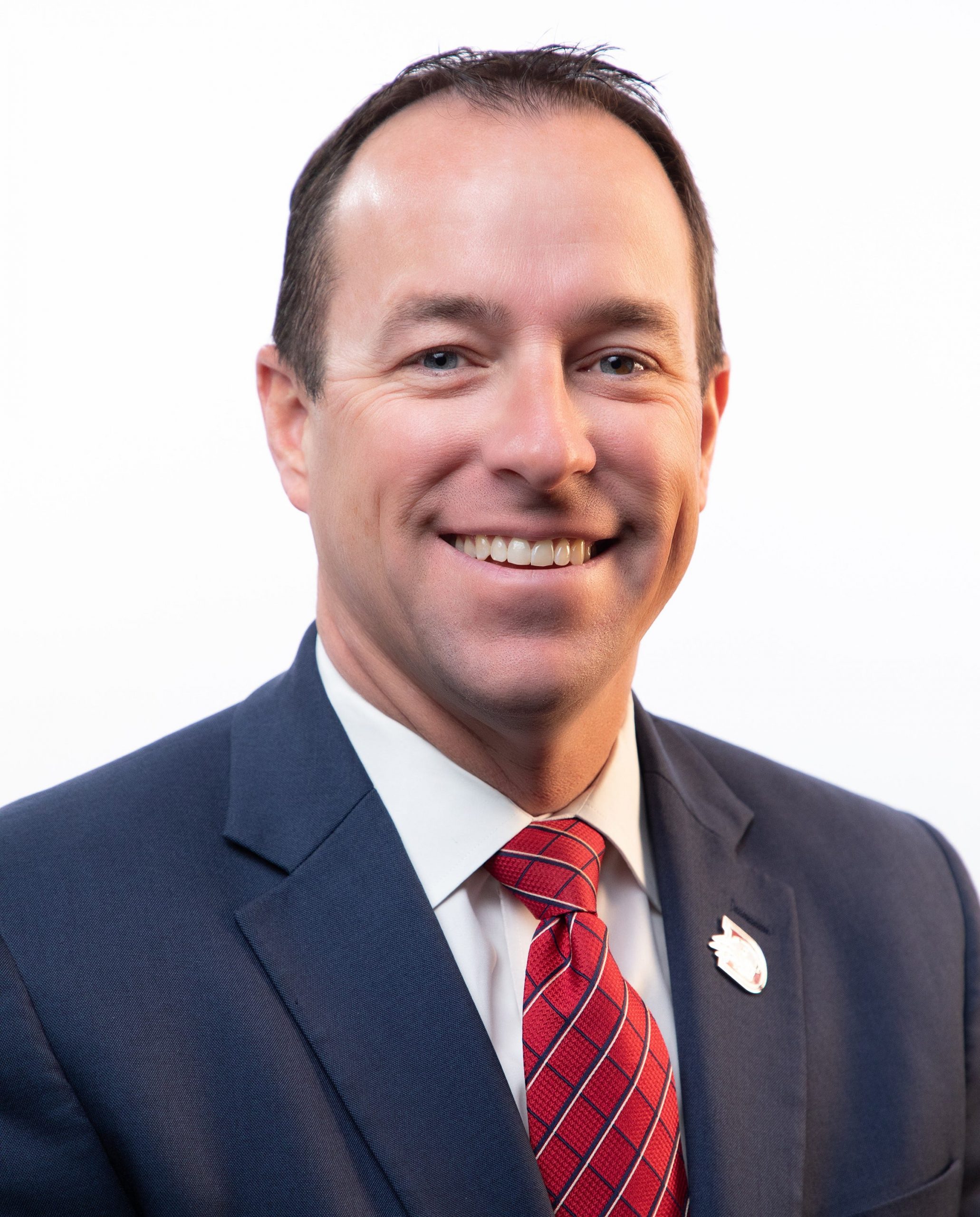 Jason Boothe has stepped down as Dixie State University’s executive director of intercollegiate athletics. Boothe worked with the institution for 12 years and has built the athletics program to what it is today. Photo courtesy of DSU athletics.

Another era in the DSU sporting world has come and gone.

After 12 years of serving as Executive Director of Intercollegiate Athletics, Jason Boothe has stepped down in pursuit of other opportunities.

In his press release, Boothe said his family has really enjoyed their time in St. George, but looks forward to other opportunities that lie ahead.

Under Boothe’s stewardship, DSU Athletics flourished, winning a total of 24 regular and postseason conference championships as members of the Rocky Mountain Athletic and Pacific West conferences, and had a total 57 postseason NCAA Division II appearances. In January 2019, Boothe played a crucial role in DSU’s move to NCAA Division I Athletics and competing in the Western Athletic Conference.

According to the press release, he brought about tremendous growth opportunities in fundraising, facility growth and raised the department’s budget from $3.9 million to $11.5 million. He helped broker the deal for the naming rights and video boards for Greater Zion Stadium and oversaw the completion of the $4 million of the Sports Medicine Center which is dedicated to taking care of the 400 student athletes on campus. His impact was also seen off the court and field with the GPA of student-athletes rising from 2.91 in 2010 to 3.29 in 2021 and more than 1,000 student-athletes receiving academic all-conference honors. Boothe pushed the Athletics Department to serve their community with students, faculty and staff completing more than 13,000 hours of community service under his direction.

In Boothe’s press release, DSU President Richard “Biff” Williams said: “I am grateful for the dedication of Dr. Boothe and his family to Trailblazer Athletics. The department has seen a tremendous transformation during his tenure, and he will be appreciated for decades to come.”

I am grateful for the dedication of Dr. Boothe and his family to Trailblazer Athletics. The department has seen a tremendous transformation during his tenure, and he will be appreciated for decades to come.

What does the future look like for DSU Athletics? Steve Johnson, associate athletics director for media relations said: “The future looks bright for Trailblazer Athletics. We are currently in year two of our NCAA Division I transition and all 15 of our intercollegiate athletic programs are competing in the Western Athletic Conference. We will continue our hard work and progression toward becoming a full D1 member ahead of the 2024-25 season.”

In the meantime, the school is still searching for Boothe’s replacement. Johnson said: “A national search for the university’s next director of intercollegiate athletics has already begun, with the hope that the new director will be in place on July 1, 2022.”

For now, Ken Beazer has been appointed as the Interim Athletics Director until Boothe’s replacement is found. According to Beazer’s press release, he will make the transition after serving as the Executive Director of Development in the DSU Advancement Office since 2015. Beazer said he believes Boothe laid out a great foundation for him to build off of and looks forward to the exciting work that lies ahead of the 2022-2023 DSU athletics season.