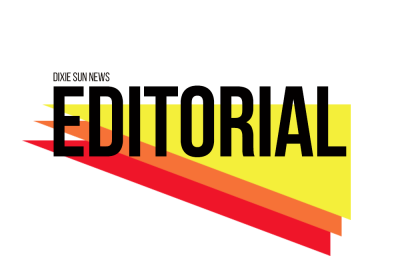 This feels unfair to students and the community alike. When there is no public discussion, we feel betrayed by those who should be transparent. Students pay tuition and fees to attend a school, therefore they are entitled to any discussion relating to their future. The community serves the university through partnerships, donors and support, therefore any discussion should require their input as well. Public institutions are no place for secrecy.

The theme of secrecy seemed to continue in the Utah State Senate with rumors that House Bill 278, Name Change Process for Dixie State University, was not going to be heard on the Senate floor, which led to protests from DSU students outside Capitol Hill. Some students expressed that they did not know a bill could be effectively killed before it reached the Senate floor. Without those rumors surfacing, community members and students would not have known until it was over.

The name change matter is not the only subject that requires transparency either.

The House also proposed House Bill 318, sponsored by Melissa Ballard, R-North Salt Lake, which in its original form would have allowed the Utah State Senate to reveal only the finalist’s name in the search for university presidents instead of the original three candidates.

This bill provision would have cut the public out of the selection process entirely, leaving fewer options for the public as a whole. While the House has rescinded that provision in the bill, it still has a possibility of being passed in the Senate.

Without transparency, we lose the democratic value that affects our lives. Giving no chance for public input leaves the community and students without a voice in who decides who gets to be their university president.

This would have immediately impacted the University of Utah, as it is currently in search of a university president. If this bill were to pass with the provision that only shows the finalist, it would silence public input on an important university matter.

Whether it relates to university administrations or political processes, transparency is key to any discussion regarding community members and students. To believe otherwise is dangerous and places a blindfold on our liberties.

University administrations and the state legislature need to keep the voices of the public in mind when making decisions like these. The role of these officials is to serve the public, so why would it make sense to keep the public in the dark or make decisions that are not in the public’s best interest?