Glen Blakley’s life celebrated through his love of art 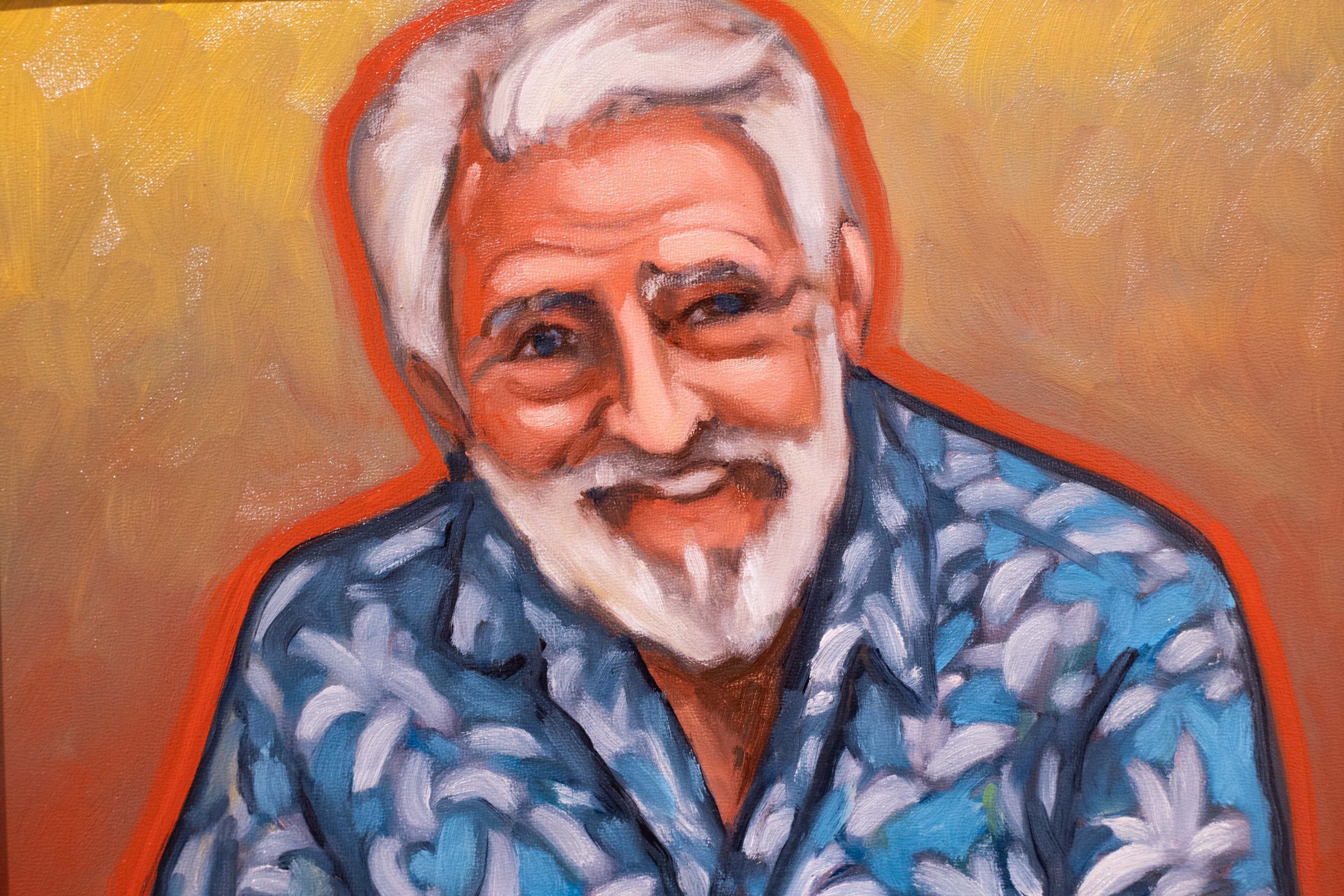 “In Celebration of the late Glen Blakley” by Carol Bold was one of the many artworks featured in a gallery in honor of Glen Blakley. You can check out the gallery in the North Plaza until March 23. Photo by Breanna Biorato.

It has been almost four months since beloved professor Glen Blakley died of COVID-19.

One way the Dixie State University community has been honoring him is through his artwork.

McGarren Flack, assistant director of foundations and North Plaza Gallery director, said DSU’s North Plaza Gallery has been holding an art show consisting of some of Blakley’s art, as well as artwork created by students who have been impacted by him and wanted to create artwork in his memory.

Flack said the show has been up since March 5, and will remain open to the public until March 23.

Flack said it’s a mix of different kinds of media ranging from 2D artwork, such as paintings and sketches, to 3D artwork like Blakley’s famous pottery work. None of his artwork is for sale since this was lent to them by Blakley’s family.

Flack said the art show idea was proposed to him by Holly Blaha, one of Blakley’s former students.

“In the art department, we wanted to do something in the remembrance of Glen,” Flack said, “A student came up and said, ‘Hey, there are some students who want to do some artwork and put it in a show to attribute it to Glen Blakley.’”

Ellen Bonadurer, circulation manager at the DSU library and art trip coordinator, said her favorite pieces in the gallery are all the portraits of Blakley.

“He was an amazing man with a great personality and very warm hearted … but he was also handsome and very photogenic,” Bonadurer said. “For people to do those paintings, I looked at those and it just made me feel like he was right there.”

Bonadurer said she knew firsthand how many great artists’ artwork isn’t appreciated until after they die, and though Blakley’s work has been praised a lot over the years, it is now that his work is really being appreciated in a new way.

“Many artists have left an impression in the world,” Bonadurer said. “To see their art helps us to appreciate all they did while they were here.”

Blakely’s daughter Sharon Warren said not only does the family appreciate when the school does things to celebrate Blakley’s life, but the community appreciates it too.

Warren said her father was a humble and giving man, and many people have his artwork already, but being able to show his pieces in a show like this helps people remember what he meant to them.

“It helps the family and the students continue to recognize his contributions and that a part of his legacy is still here,” Warren said.

Warren said it was amazing to learn about his effect on people after his death and that there was an outpouring of emotions and love for him. Allowing students and the community to have events like this is giving everyone an opportunity to keep his memory alive to bring back the happiness that he once was, she said.

Blakley’s art was so important to him because he wanted to make sure people could see the beauty in art in everyone’s individual ways, Warren said.

“He had such a love of all art,” Warren said. “He wanted to share his passion to get everyone to see all the beauty in art, even stuff like crazy contemporary stuff.”

Warren said she is not an artist, but growing up with Blakely as a father allowed her to appreciate all different kinds of art.

“He shared all his passions with us and shared that open-mindedness that just because you may not like something doesn’t mean that it isn’t beautiful to someone else,” Warren said. “He taught me that I don’t have to like that art, but I can recognize that it is an expression of that person.”

Warren said she wants the DSU community to know that he loved being a professor and working with everyone at the university.

“I think that his wife and family was his first love, but art was definitely his second, and that included Dixie State,” Warren said. “That was his family and his home.”

Bonadurer said she encourages people to take some time to check out the art show before it ends.

“It’s a great exhibit; … you won’t be disappointed, and there will be something there that you will find truly beautiful,” Bonadurer said. “I think we need to take a moment and smell the roses, or see the art, because it helps to make us better people.”