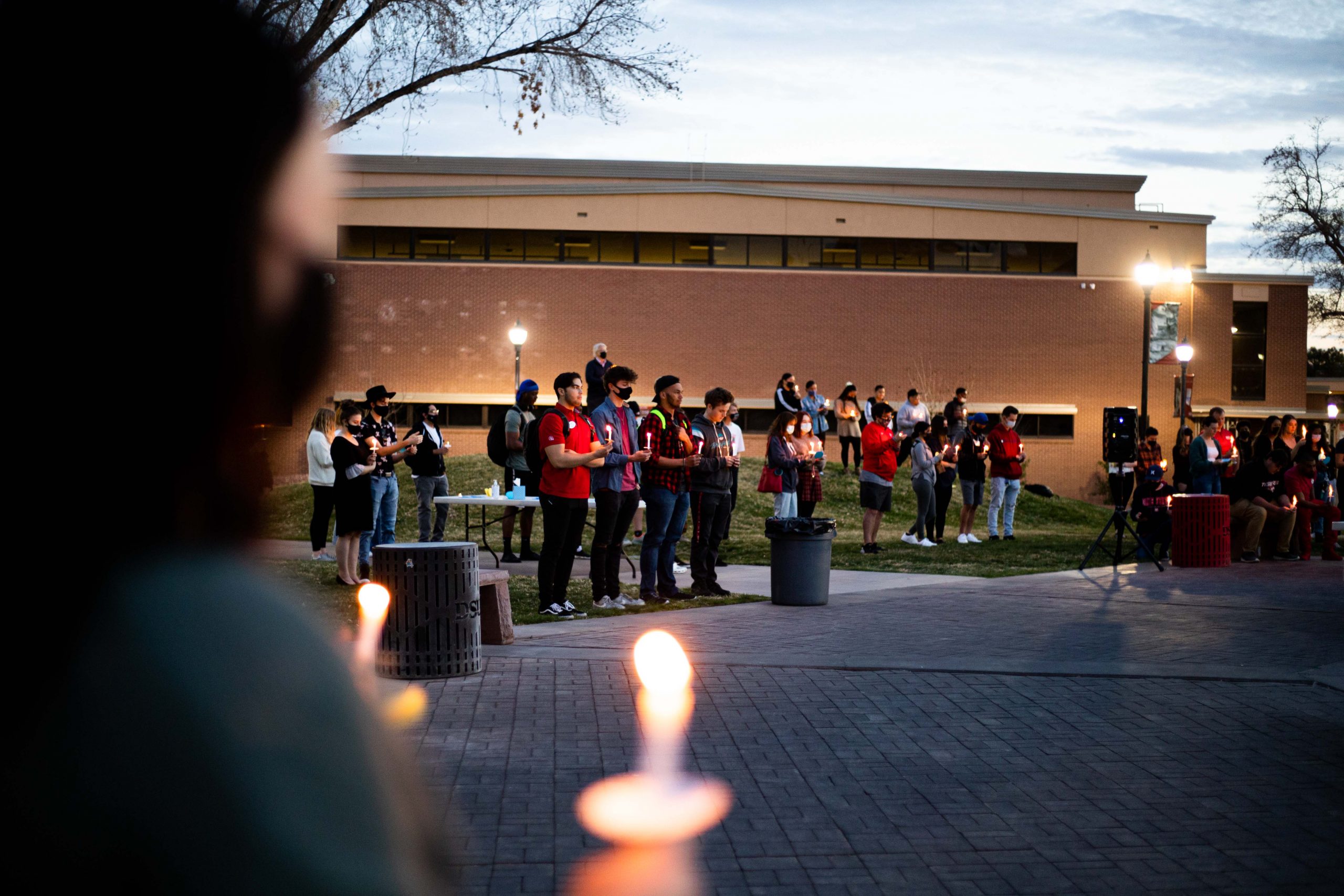 The Multicultural Inclusion Student Association held a vigil in the honor of Samuela Tupola following his tragic death. Those close to him spoke of the impact he had on those around him through his ambition and passion for charity. Photo by Breanna Biorato

Samuela Tupola, president of the Multicultural Inclusion Student Association and junior communication studies major from Salt Lake City, who died after a car accident the morning of March 13, left behind a legacy of hard work making the community and world better.

“He leaves a big hole; Sam made an impact on so many people with his infectious smile, and he was an enthusiastic, positive person,” said Mike Nelson, assistant director of the Multicultural Inclusion Center. “This was a club officer and a resident assistant who is in touch with hundreds of students.”

Nelson said Tupola was a social justice warrior and was working to find ways to fight for inclusion and equality.

“He was about equality, equity and inclusion, and the work that he was doing in the community was amazing,” Nelson said. “He was involved with non-profit organizations doing advocacy work, starting with the death of George Floyd.”

DSU held a campus-wide vigil in memory of Tupola March 18 at the O.C. Tanner Fountain.

It consisted of writing thoughts and messages about Tupola on paper hearts, the lighting of vigil candles to remember him, and speeches from teachers and family members.

Tasha Toy, director of the MIC and chief diversity officer, and Nelson spoke of his ambition and passion for charity and making an impact on the world. His family was given a medal from the DSU Police Department for Tupola’s impact and help to the campus. Afterward, some family members spoke about Tupola.

“My brother’s always seen Dixie as his second home ever since he came here to the university,” said Soseti Tupola, Samuela Tupola’s younger brother. “It’s really a blessing to be here tonight and be able to see all the students and friends and family he was able to make here at Dixie State.”

Soseti Tupola said he was very appreciative of everything that the faculty and staff has done for his brother.

“I would like to start of by saying how humbled I am to be able to see the power and influence of one person,” Samuela Tupola’s aunt said. “Sam was a person who was the most caring and compassionate person.”

His aunt said he would make an effort to talk and make friends with everyone because he didn’t care where one came from or their status, but it was about you as a person.

“He’s going to be greatly, greatly missed,” Samuela Tupola’s aunt said. “I hope each of you continue to appreciate that you are at a wonderful university and that each of you have so much power as one person.”

At the end of the vigil, Toy encouraged the attendees to bring paper hearts everyone made to the wall designated to remember and honor Tupola on the Human Performance Center Building.

This spot was chosen because of Tupola’s passion for fitness and health and because that was one place on campus he could be commonly found, Toy said.

MISA will be holding a celebratory block party for Tupola as part of its Diversity Week on March 26 at the Encampment Mall. The event is called “Sam’s Playlist: More Life Celebration,” and they will be playing Tupola’s Spotify playlist to honor him at the event.

Toy said she wants anyone who is grieving and struggling with Tupola’s death to reach out to the Booth Wellness Center, which is offering grief sessions and group therapy for those who would like to use their resources.

“I would say not to just mourn but to carry on his passion is what is necessary,” Toy said. “That is a good way of making sure his legacy continues.”