Board of Trustees vote to recommend name change 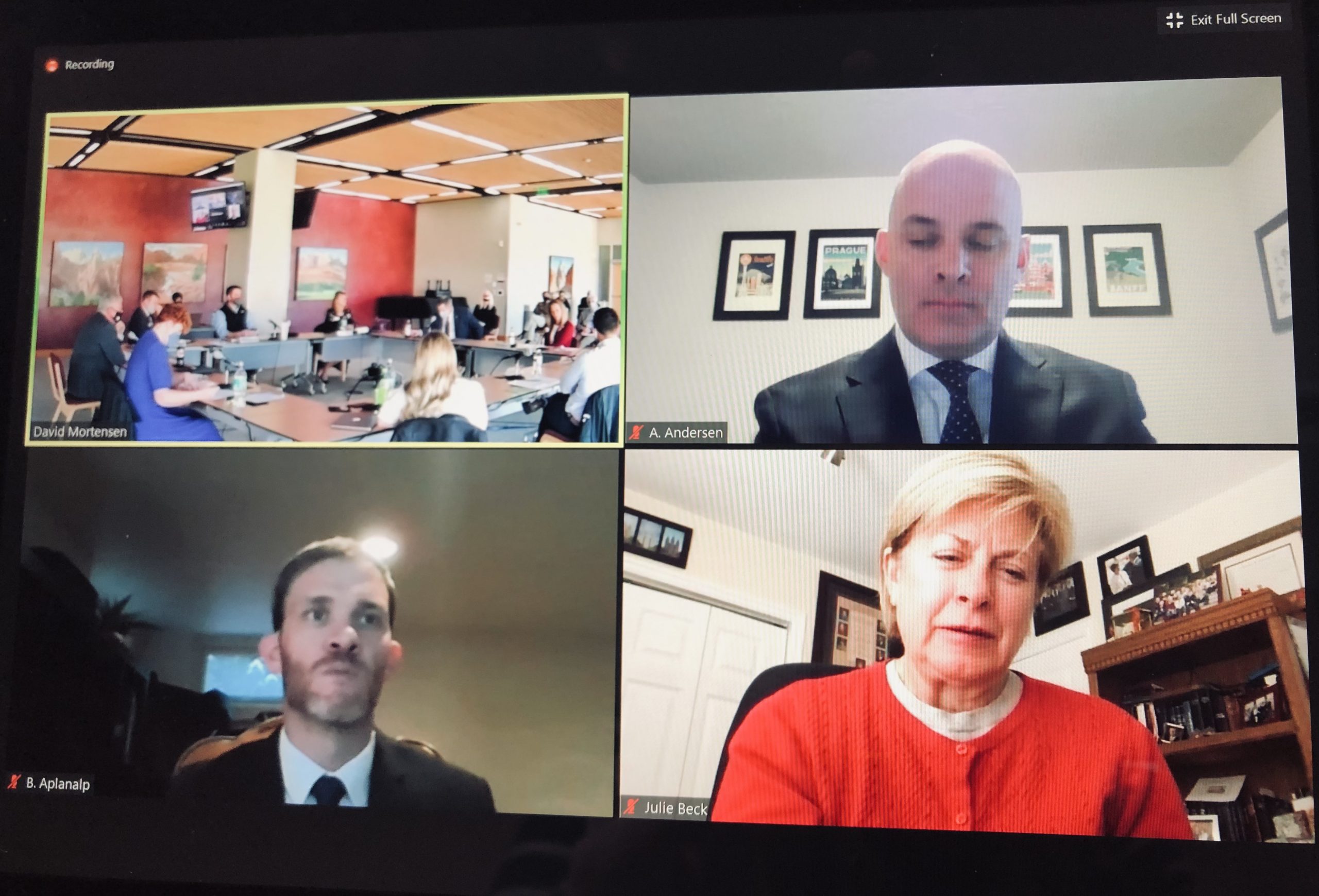 The Board of Trustees held a meeting Dec. 14 to discuss the results of Cicero Groups' research about the impact of "Dixie" in the university's name. The Board of Trustees unanimously voted to recommend a name change to the Utah Board of Higher Education. Photo by Kristi Shields.

UPDATE: The Utah Board of Higher Education voted unanimously in a meeting the morning of Dec. 18 to recommend an institutional name change to the Utah State Legislature, St. George News reports.

The Dixie State University Board of Trustees held a meeting Dec. 14 and came to the difficult conclusion to recommend a name change for the university to the Utah Board of Higher Education.

This decision was made after Aaron Andersen, a senior partner with Cicero Group, and Ben Aplanalp, Engagement Manager at Cicero Group, presented the results of the Cicero Group’s research into the positive and negative impacts of the continued use of the term “Dixie” in the university’s name.

The university’s recommendation will now be forwarded to the Utah Board of Higher Education to vote on it. Then, it will forward it to the state legislature where the House and the Senate will vote and make the final decision.

President Richard “Biff” Williams said it is not yet determined how long the process will take, but the university will ask for a prompt response because it is an issue happening now that needs to be addressed.

In response to alumni requesting new diplomas if the name change were to go into effect, Williams said the university will look into the possibility.

Williams said when the university transitioned from being Dixie College to Dixie State University, alumni were sent updated versions, so it is possible this will happen if the name changes now.

The main concern brought up with wanting new diplomas is having the name “Dixie” on graduates’ resumes.

From the Cicero Groups’ research, it was found that 21%, or 1 in 5, DSU alumni who have since moved out of state have been questioned by employers in concern of seeing the name Dixie on their resumes, and this same number of alumni have concerns about employers questioning this.

DSU Student Body President Penny Mills, a senior communication studies major from Orem, said: “The data has stated that employers are questioning the name, and I think that is a huge issue … it worries me that I will have to explain the situation with future employers.”

Williams said the university has not determined an estimated cost of rebranding yet because he did not want to make it seem like a decision had already been made and plans were in motion.

Jordan Sharp, vice president of marketing and communication, said the university has three categories to base a new name on: geographical connection, descriptor and founder brand.

“We will throw out every name humanly possible,” Sharp said. “We are confident we can come up with something good.”

An issue discussed in the meeting from the survey is the geographical confusion of DSU. Including the term “Dixie” in the name has caused a large confusion about where the university is located.

One Board of Trustees member said the results of the research concerns her considerably because far fewer students are attending a higher education institution, so the competition is getting stiff to retain students.

Board of Trustees member Julie beck said her takeaway of the research was that “within the local population of Washington County and outside of it, Dixie State is still not taken seriously … If we are going to fulfill the mission and the vision that has been established for that university that we have o consider the underlying understanding of the university and do our utmost to elevate its stature and standing.”

Another Board of Trustees member said: “This is such a difficult and emotional thing for so many people … The focus has got to be on the students … To me it all comes back to the students and their value.”