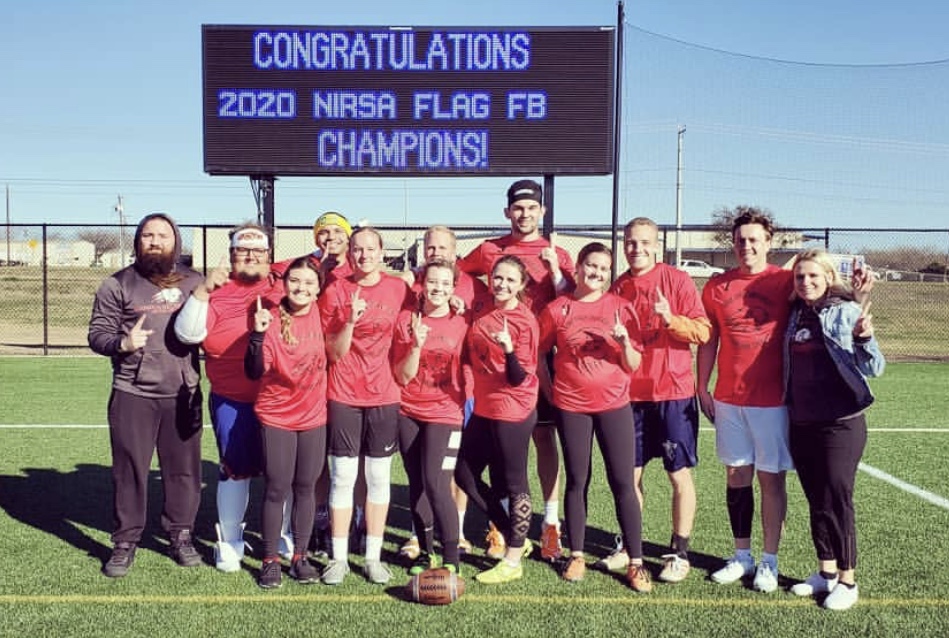 The Trailblazers competed against the Angelo State University Troll Tide. In the first quarter, ASU turned over DSU’S offense four times, with two picks and a sack. After a Troll Tide safety, the quarter ended with ASU up 2-0.

Coach Traci Collins said: “Our defense throughout the whole game was definitely the star of the game. We did go down 2-0 after the other team got a safety, and it was a bad call if you want my opinion, but we came back, regrouped [and] our defense took over.”

The Trailblazers responded early in the second quarter after Brock Anderson, a senior biology major from Syracuse, scored a touchdown to change the score to 6-2.

Troll Tide made a strong effort to catch up with two minutes left in the first half, scoring its first and final touchdown of the game. Halftime ended with ASU leading 8-6.

With 6:35 remaining in the second half, Anderson intercepted an ASU pass for a pick-six, and DSU stole the lead for the first time in the game, 13-8.

“After halftime our offense really shined, took over the game and scored the 28 points to win it,” Collins said.

With a championship under its belt and senior players leaving, the Trailblazer team is already looking ahead to recruiting for next year.

“We’re going to go out and recruit and look for people who have been athletes in the past in high school or are done [playing] in college, and spread the word about intramural sports,” Caide Roberts, a junior communication studies major from Dammeron Valley, said.

Despite losing key senior players, the team is still hopeful in DSU’s talent and ability.

“It’s going to be hard because we lost a lot of great seniors, but the good news is there is still lots of young talent,” said Markell Ludvigson, DSU alumni from Mesquite, Nevada. “We have a core of young players and I think we’ll still do good. We’ll find the talent and pick it out.”