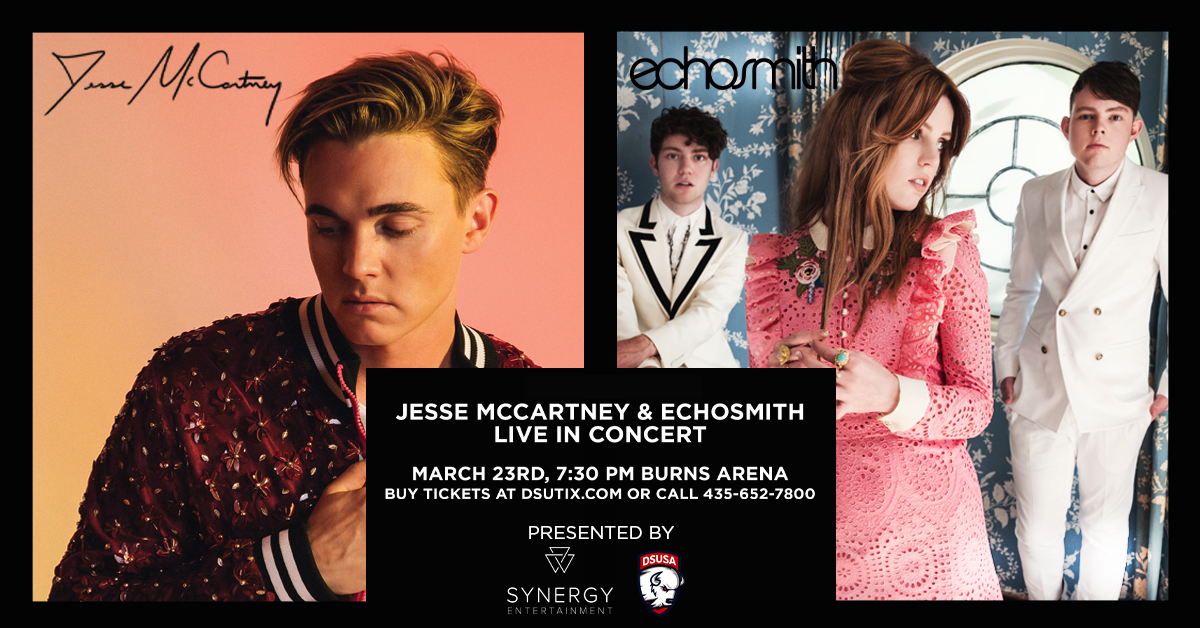 The Dixie State University Student Association worked with a new promoter to confirm Echosmith and Jesse McCartney as performers for Dixie Fest.

Although DSUSA has worked with promoters for previous concerts such as the DSU Homecoming concert featuring Daya, this is the first time they have used a promoter for Dixie Fest, Bailey Zimmerman, vice president of student life, said.

Zimmerman said DSUSA brought in a promoter, Synergy Global Entertainment, to help with the finance side of the concert so they could afford artists as popular as these two. In a previous Dixie Sun News article, Zimmerman mentions the difficult expense of bringing in well-known artists.

“[Because we are using a promoter], we are not spending the student fees we would need to spend to bring in a big artist like we are,” Zimmerman said.

Depending on how popular the artist is, it could cost anywhere between $40,000-120,000 to bring in artists for Dixie Fest, said Scott Mathie, assistant director of student involvement and leadership.

Mathie said DSUSA is grateful for the opportunity to work with a promoter because they were able to book more popular artists that students would like compared to previous years.

Amanda Ellison, a sophomore criminal justice major from West Valley City, said, “I am excited [for this year’s Dixie Fest] because last year we had someone who had one hit song, [which is] why I didn’t go.”

DSUSA determines which artists would be the most popular choice for students based on survey questions recorded by students, Mathie said. DSUSA creates a survey at the beginning of each school year asking questions that gauge what type of events students will want for the upcoming year. Zimmerman said the most popular genres of music requested by students this year were pop, rap and rock.

DSUSA has been hosting Dixie Fest, the annual spring concert, for the past seven or eight years, Mathie said. The idea for Dixie Fest was driven by former students who thought it would be a fun event to organize for the students and the community. Mathie said the student association has since been building upon that legacy.

“I like [Dixie Fest] as a tradition,” Ellison said. “I feel like it’s something that helps keep the students involved with school and see what others did before us.”

This year, Dixie Fest will start at 7:30 p.m. on March 23 in the Burns Arena. Students have a chance to meet McCartney before the performance at the meet and greet earlier in the evening at 6:30 p.m. There are only 250 meet and greet tickets available for purchase, which are $40 each in addition to a regular ticket.

Purchase a ticket for the opportunity to join in on this DSU tradition that was created for students to have a fun night out with friends.