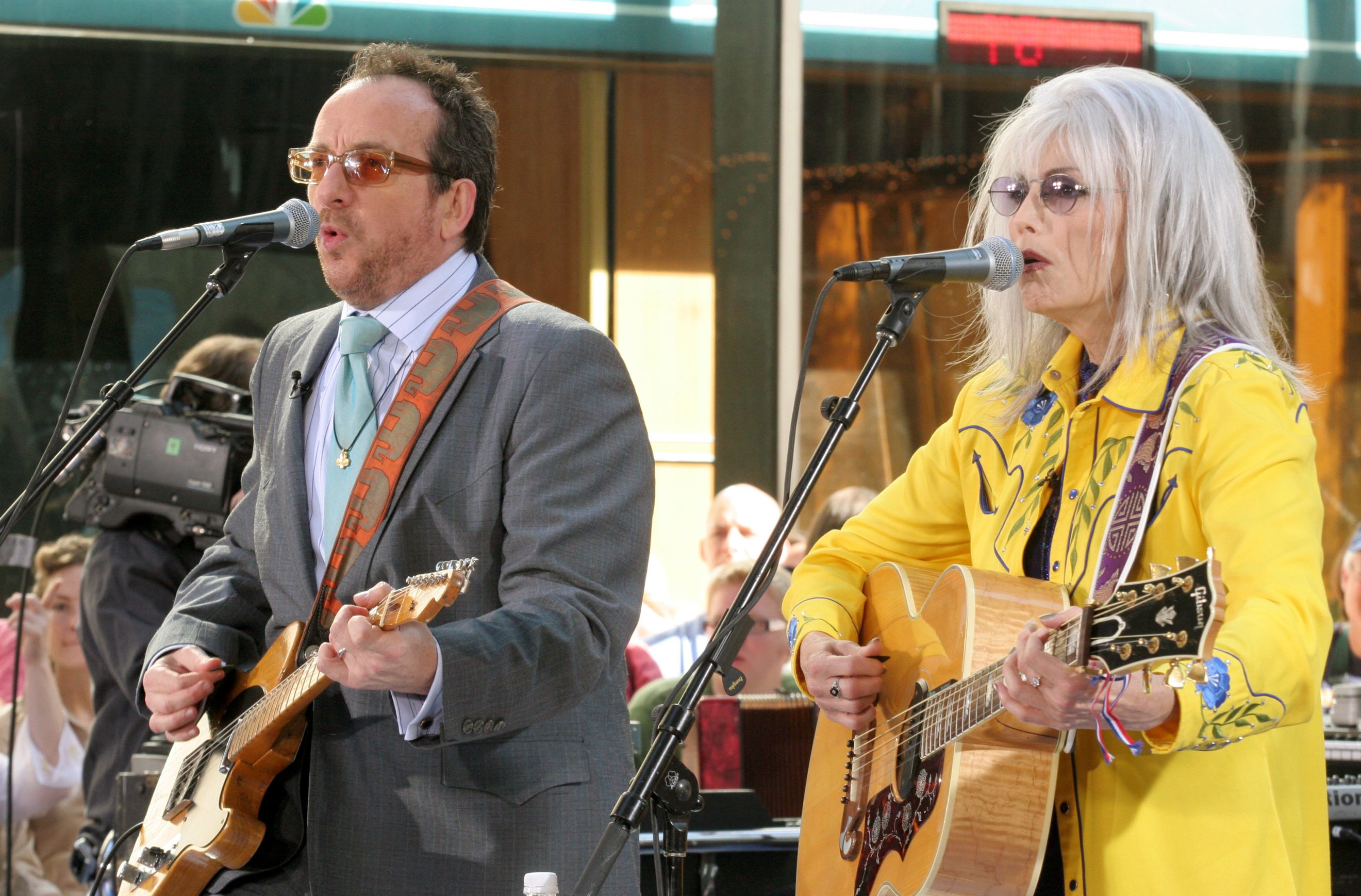 Elvis Costello and Emmylou Harris, who are touring together this summer, perform on the Today Show in New York City on July 22, 2005. TNS.

For much of her career, Emmylou Harris has been a Nashville fixture, crafting records filled with lyrics that read like poetry and musical arrangements that eschew the glossy trappings and finger-snapping hooks of so much country music. Her songs tend to be as serious as they are emotive, many of them elegies about women and men who’ve gotten lost as they pursue the American dream of happiness.

Yet in contrast, say, to singer-songwriters like Tom Waits and the late Leonard Cohen, who’ve explored similar melancholy scenarios in their work, Harris possesses one of the most beautiful voices in popular music. And thus, while her songs often embrace somber themes, the expressive power of her singing invariably makes us feel good.

Of the 30 or so albums she has recorded since 1969, the one that may be most captivating is “Wrecking Ball,” which Elektra released back in 1995.

Though it failed to yield any hits to speak of, “Wrecking Ball” did win a Grammy in the Best Contemporary Folk category. The music featured here only vaguely resembles what most of us expect from folk, however, as fuzzy electric guitars bleat through the songs like lambs on a hillside in a winter storm and drums echo over eddying swells of synthesizers arranged by producer Daniel Lanois. Lanois was one of the masterminds, by the way, behind the moody atmospherics on U2’s “The Unforgettable Fire,” “The Joshua Tree” and “Achtung Baby.”

Harris has always made a point of collaborating with other musicians in the studio, and several luminaries from country and rock showed up to work with her on “Wrecking Ball,” among them U2’s Larry Mullen, Jr., Lucinda Williams, Steve Earle and Neil Young.

Young actually wrote the album’s title track, a confessional about the loneliness experienced by musicians who spend so much of their lives on the road. Harris owns Young’s words, though, imbuing them with her own longings as she sings: “My life’s an open book, you read it on the radio / We’ve got no where to hide, we got no where to go.”

Most of “Wrecking Ball,” in fact, is comprised of songs written by other people, including Bob Dylan, Gillian Welch and Jimi Hendrix. Harris likewise transforms these songs into deeply personal works, nowhere more so, perhaps, than on “Goodbye,” which Steve Earle wrote. The track lilts and lopes along as Harris again laments over doomed love: “I only miss you every now and then / Like the soft breeze blowin’ up from the Caribbean / Most Novembers I break down and cry.”

And yet, as sad as these lines are, with mournful guitars rolling like waves behind them, Harris’s singing, so gentle and strong, restores in us our hopes as only great art can.