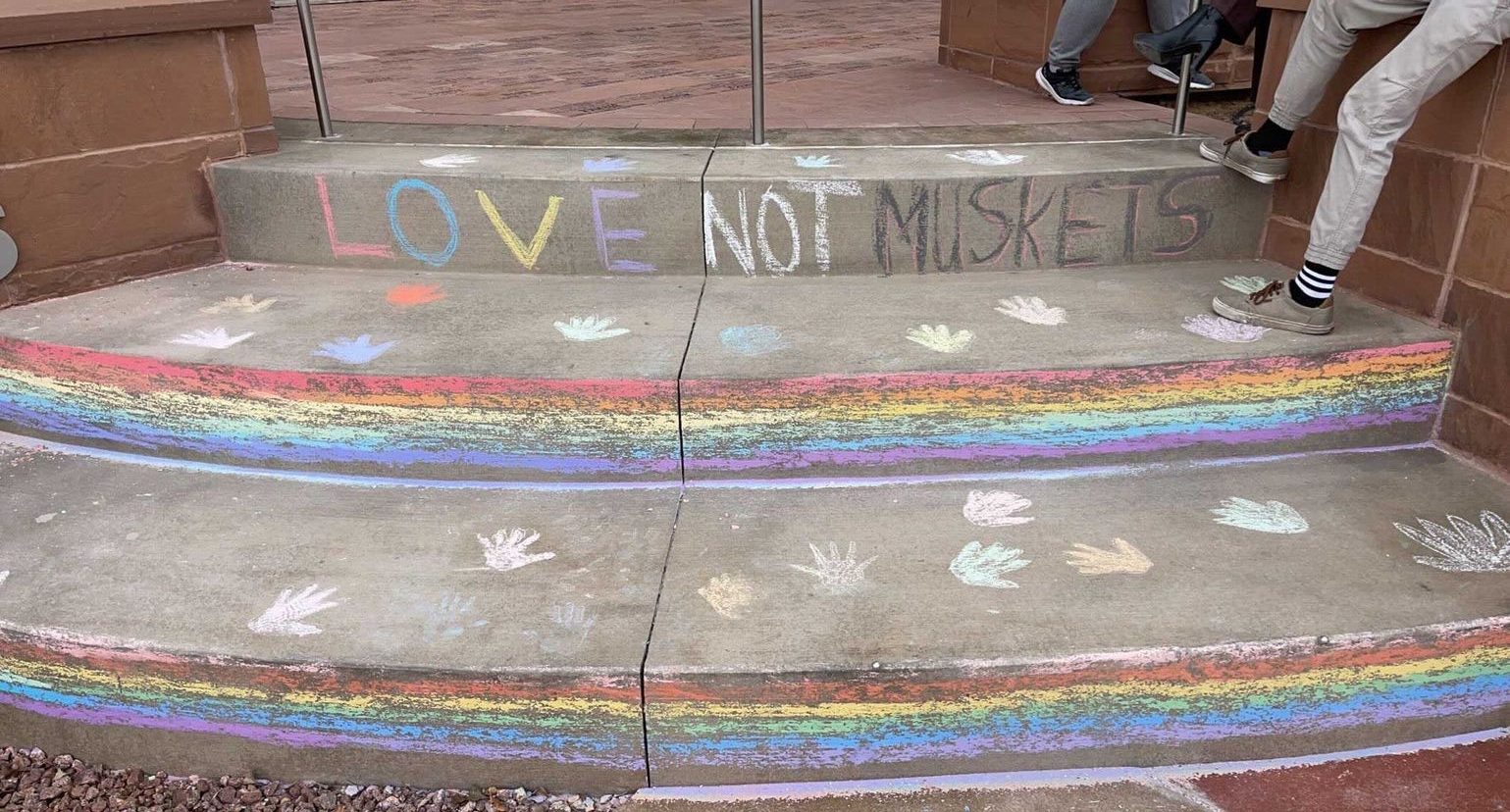 In August, Jeffrey R. Holland, a Church of Jesus Christ of Latter-day Saints leader and a DSU alumnus, gave a speech at Brigham Young University where he referenced a 2017 talk given by another church leader named Dallin H. Oaks.

In the 2017 talk, Oaks said, “I would like to hear a little more musket fire from this temple of learning.”

Holland quoted Oaks in his speech and continued by saying, “He said this in a way that could have applied to a host of topics in various departments, but the one he specifically mentioned was the doctrine of the family and defending marriage as the union of a man and a woman.”

His talk has caused frustration for both members and non-members of the LDS church.

“How do you think we feel when we walk into a building honored to a man that says his organization should point their muskets at my community?” said Mitski Avalōx, a senior English major from St. George.

The club has voiced their concern to DSU administration and they responded by repeating the Title IX policy.

Dylan Kime, president of the LGBTQ+ club and a junior biomedical science major from Salt Lake City, said, “Even though Utah Legislation dictates a separation between church and state, Dixie State, now known as Utah Tech, chose to honor someone who’s rhetoric and ideology invokes violence against minorities.”

During the protest, the club and allies of the LGBTQ+ community used the power of illustration by drawing outlines of their bodies filled with the LGBT flags in front of the Jeffrey R. Holland Centennial Commons building.

“We chose to do chalk because it is consistent with the protests happening at BYU in support of their LGBTQ community,” Kime said.

The club also wrote: “Love not muskets” and “no more musket fire” on the sidewalk in front of the Centennial Commons building.

“For a school that tries to be inclusive and a safe space to queer students, having a main building named after a religious leader who metaphorically encourages gun violence towards the LGBTQ+ community seems contradictory to that mission.” said Camille Saunders, a sophomore sociology major from Portland, Oregon.

The club has partnered up with nonprofits in order to spread their message of acceptance across the DSU campus. The club started a petition to encourage the removal of Holland’s name from the building.

“This protest is just the tip of the iceberg,” Avalōx said.

The LGBTQ+ club has made it unclear how they plan to continue to protest at this time.