‘We are discovering what it means to build something:’ DSU men’s soccer team finishes off the season strong 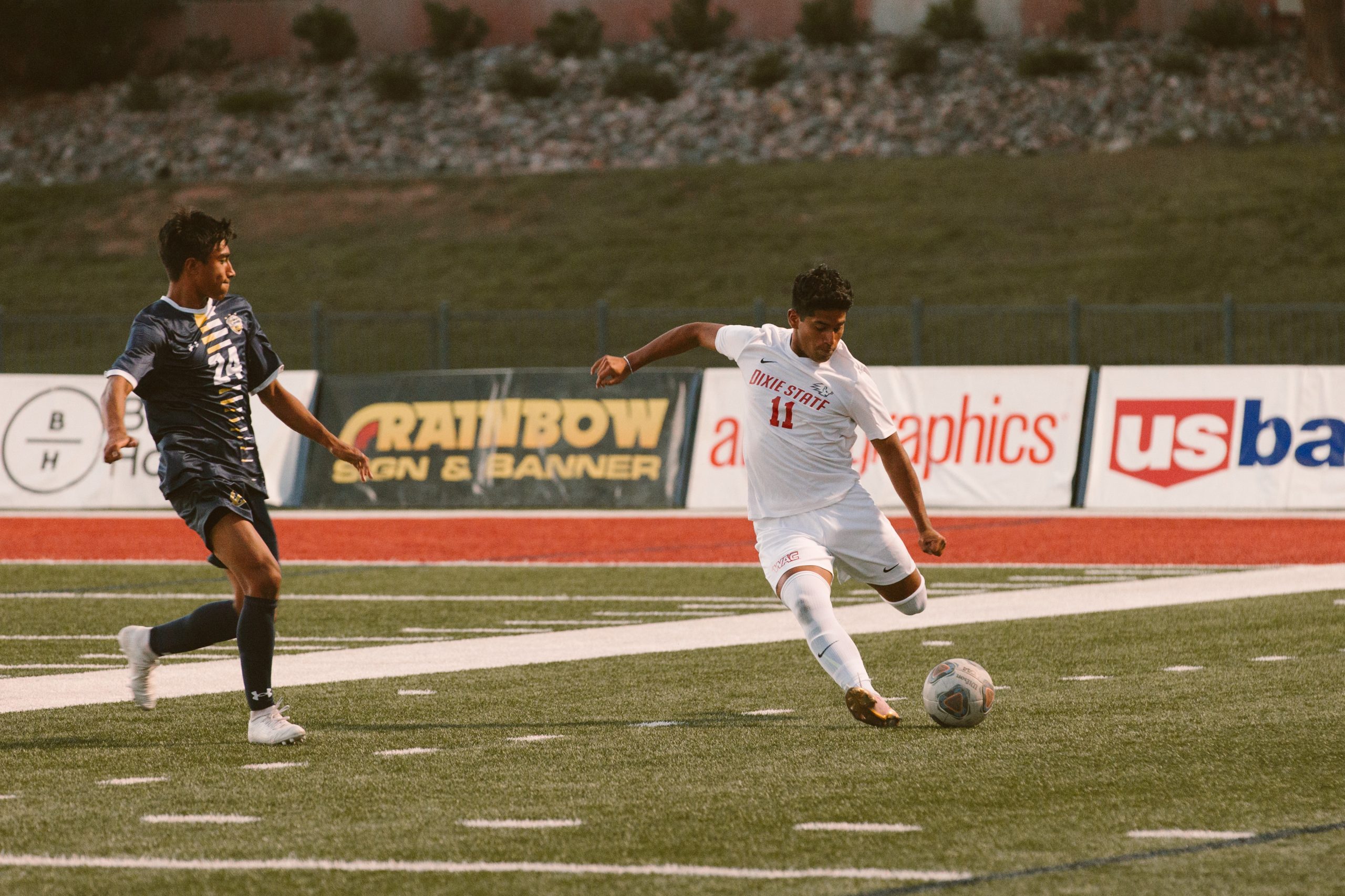 The UNLV game was particularly impactful for midfielder Niko Shumov, a senior marketing major from Keaau, Hawaii. The game was Shumov’s last time playing for DSU, and he was responsible for securing both the game-tying assist and the game-winning goal.

“[Because of] the position I play, I’m not the go-to goal scorer, so being able to score in my last game and celebrate with the team was pretty special,” Shumov said.

At the beginning of the game, however, head coach Jonny Broadhead said he wasn’t sure if the team would be able to beat UNLV because they were down a goal 10 minutes into the game. Despite the team’s rocky start, the win against UNLV was the first time this season that the team has scored more than two goals in one game.

For defender Larsen Rogers, a sophomore psychology major from Albuquerque, New Mexico, the team’s game against the University of California Berkeley stood out the most to him. He was more excited and joyful about the game because he said his confidence had increased significantly from the last season.

“I was ready to expect and demand even more out of myself,” Rogers said.

The Trailblazers ended the season with four wins, 13 losses and one tie. The team felt the impact of their losses and not getting the results they wanted this season was difficult, Shumov said.

“As a player and as a person, I think [the challenges the team faced] helped me grow quite a bit and I feel confident that it has set me up to play at the next level,” Shumov said.

Honoring the seniors during Senior Day at Incarnate Word helped players re-discover their why, Broadhead said. Some players weren’t able to have their families walk them onto the field, so the entire team walked them out instead.

“Recognizing the seniors and the years of work they put in helped players to remember what it feels like to play for something bigger than yourself,” Broadhead said.

Rogers said the biggest improvement the team has made this season is building stronger team chemistry. With every passing game, players clicked with one another more and could create deeper connections.

Through playing a variety of talented Division 1 teams, the players have learned what it means to build a program from the bottom up, Broadhead said. The Trailblazers have experienced plenty of firsts as a freshly D1 team.

“You are a part of putting those building blocks in place and there may not be wins every game so you have to find a little more meaning in moral victories,” Broadhead said.

As an outgoing senior, Shumov wanted to pass on one message to underclassmen players: Be patient. While playing at other schools, he wouldn’t always be allowed to play in every game, so he leaned on upperclassmen and mentors who encouraged him to remain positive and have a good mindset.

“Being at Dixie these past few years, I feel a responsibility to help some of the younger players and leave this program moving in the right direction,” Shumov said.

As an underclassman, Rogers wants to become a good role model and leader for other players on the team. At 22-years-old, Rogers has more life experience under his belt than other sophomores on the team, so it helps to give him perspective.

“I want to help lead them and help them understand what is expected of them going forward,” Rogers said.

For the next season, Broadhead is looking to improve himself so he can coach players in the right way to give them the best chance to showcase their strengths. He said recruiting efforts are going well and that the team has a great non-conference schedule lined up. Looking back on this season, Broadhead is grateful that the team didn’t give up and played each game with pride.

“As many ups and downs as there are, I appreciate all of them,” Broadhead said.