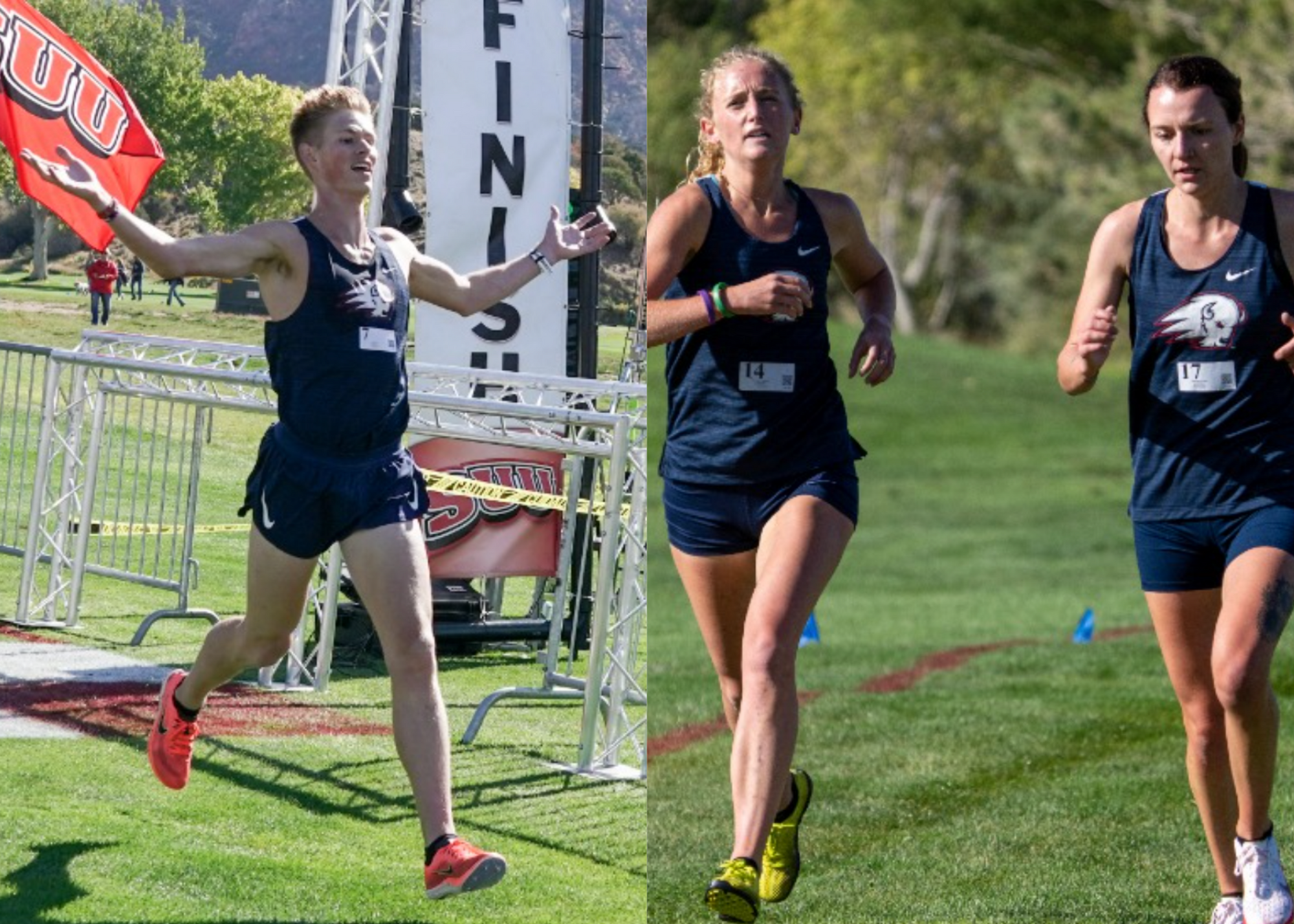 There are many different ways to measure success. To name a few: A ranking system, comparing wins to losses, compared from last year’s record, and awards received. This year, The Dixie State University men and women’s cross country teams had runners earn All-WAC awards.

For the men’s team, Kevin Kirk, a junior exercise science major from Yerington, Nevada, earned a spot on first-team All-WAC.

For many sports, All-Conference teams are awarded to individuals based on the entire season. This is different for cross-country as they select the first and second-team selections based on the finishing order at the WAC Conference meet held at the end of the year. The top ten finishers earn the first team, while 11-20 earn the second team.

“[Earning] All-Conference has always been a goal of mine since my freshman year,” Kirk said. “It was a goal ever since I saw the list with all the all-conference runners I’ve wanted to be on that list, and I like the challenge of it.”

Kirk finished ninth overall and completed the eight-kilometer race in 24:05.7, which breaks the DSU record. As the women’s team runs a six-kilometer race, Flippence secured the 15 spot with a personal record of 20:55.6 which is the third-fastest time in program history. McLaughlin wasn’t far behind in seventeenth place with her personal-best as well with 21:01.6.

“It takes a certain level of passion and perseverance to be successful at the D1 level and I think receiving All-Conference honors is something all 20 of the runners should be extremely proud of,” MgLaughlin said. “This award means a lot to me and I’m so happy that this season went how it did.

Flippence spoke about how an award can mean so much more than just finishing a certain position but can help be reflective on the hard work you have put into yourself.

“It overall comes to show, that receiving such an award, proved to myself that I can become capable of more than I thought was possible,” Flippence said. “My thoughts once I crossed the finish line, realizing I was receiving the award was, ‘shoot dang, you just did that?’”

As the race is over for the senior Trailblazers, the WAC conference race was the final finish they’d have. Since DSU is in the transition period from DI to DII, they aren’t eligible to compete at the national level.