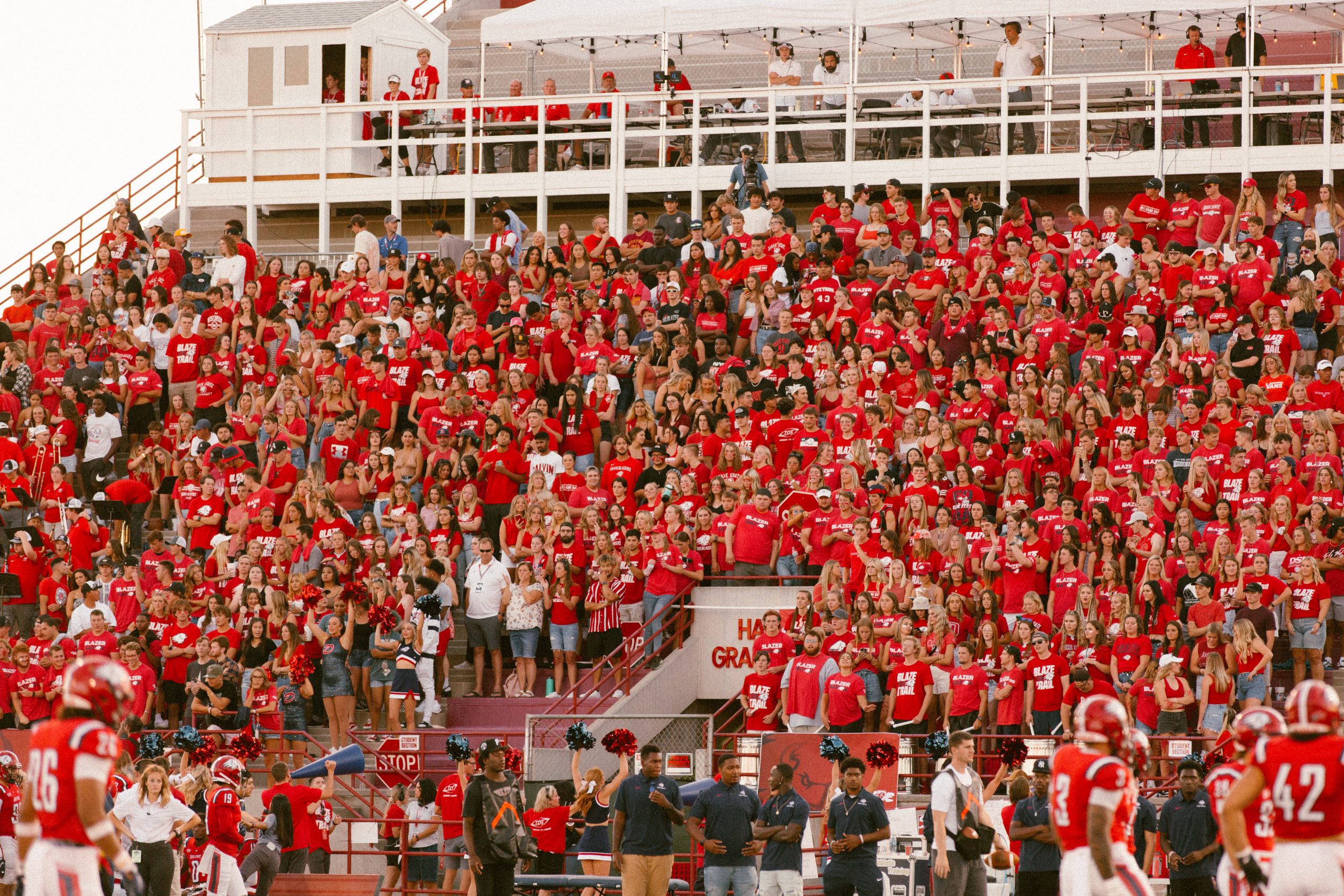 The DSU Stampede came in full force to DSU football's home opener against Sacramento State. With the expansion of Greater Zion Stadium, DSU has been able to accommodate its increase in spectators. Photo by Emily Wight.

With the expansion of Greater Zion Stadium, Dixie State University has seen an increase in attendance this fall from past sporting events.

Hitting record numbers in attendance, athletes and coaches are bringing in even more support for DSU Athletes. Jason Boothe, executive director of athletics, said DSU saw over 8,000 attendees at the most recent football game on Sept. 11 versus Weber State University.

The expansion was not only specific to athletics but was also expanded to house the community for gatherings such as the Fourth of July concert series.

“It was expanded for both our events and external events like July 4,” Boothe said. “It’s the largest outdoor venue south of Provo, so we want to accommodate as many events as possible and be a place for our community to gather.”

Accommodating for greater attendance is important for community engagement between the university and surrounding locals for athletic support.

“The excitement definitely builds with a larger crowd because the atmosphere is more intense,” said Max Christensen III, a junior media studies major from Smithfield.

Since DSU has been Division I for over a year now, more fans are making their way to anticipated games like football. More community attendance and higher student energy has been seen at the most recent football game.

“At the Weber State game on 9/11, our entire section was full 45 minutes prior to kickoff,” Stampede president Dallas Clifford said. “It has been some of the best energy and attendance that I have seen at DSU. We aren’t just seeing it at football though, we have had great attendance at volleyball and men’s and women’s soccer.”

With attendance rising and the Greater Zion Stadium expansion, this has been a huge accomplishment for DSU. The community is provided with space for larger events, allowing for the university to create ties with the community.

To keep up with DSU athletics, you can check the DSU Athletics calendar for upcoming games.