OPINION| Marijuana should be legalized 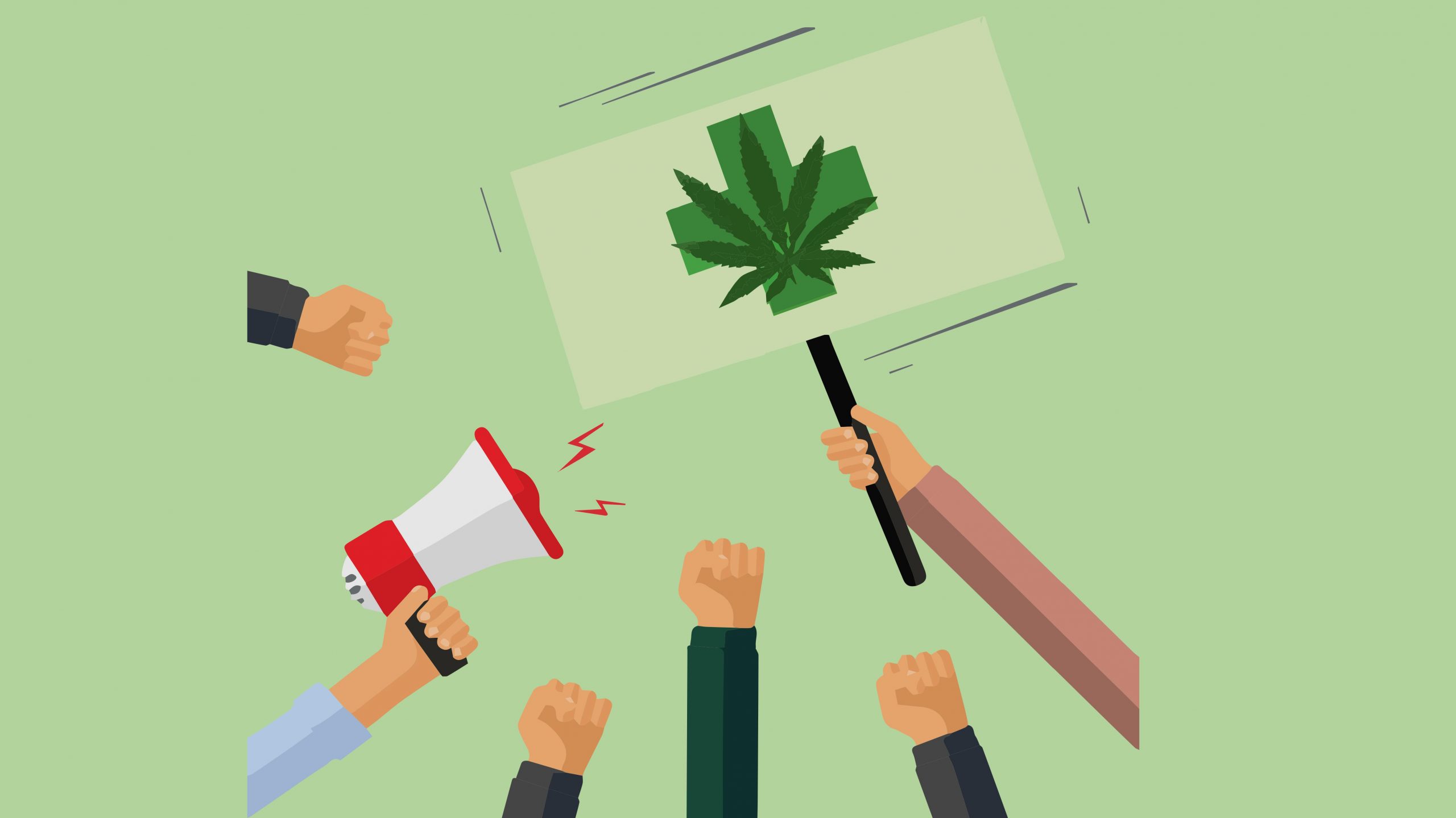 Citizens accross the country are protesting for the legalization of Marijuana. Writer Cammie Johnson argues that the pros of legalizing Marijuana outweigh the cons. Graphic by Misha Mosiichuk.

Mary Jane, Cannabis, Weed and Marijuana; call it what you would like, but hear me out before you follow the stigma.

Now I know there is a great deal of speculation on the legalization of marijuana, and while I do recognize the concerns some people may have on the matter, the benefits greatly outweigh the negative aspects.

According to ProCon.org, “Proponents of legalizing recreational marijuana say it will add billions to the economy, create hundreds of thousands of jobs, free up scarce police resources, and stop the huge racial disparities in marijuana enforcement.”

ProCon.org also argues regulating the use of marijuana will decrease street crime and make the use of the product significantly safer for people through the proper testing, labeling, and inserting into acceptable child-safe packaging.

By legalizing marijuana we could make a significant impact on our economy and help those who have been wrongfully convicted all because of simple possession. After all, there is true crime that needs to be dealt with, so why would we waste the time of our police enforcement on something as simple as this?

In 2019, the FBI recorded 663,367 arrests and citations because of cannabis, MPP.org stated. This number is higher than the overall violent crimes combined for the same year.

“[The] FBI data showed that police only cleared 33 percent of rapes, 31 percent of robberies, and 14 percent of burglaries by making an arrest,” MPP.org said. “Data published in Police Quarterly showed a higher percentage of some crimes were solved after legalization in both Colorado and Washington.”

There have been 15 million marijuana arrests in the United States since the year 1995, MPP.org stated. Because of these charges, this has lasting effects on individuals who go in search of a job, housing, student loan opportunities, professional licensing, and several other important opportunities.

With that being said, let’s talk about the benefits one can receive from the use of cannabis.

According to Health Europa, the use of marijuana can help in the relief of chronic pain as well as fighting off certain types of cancers. Marijuana contains cannabinoids which have been linked to aiding in these particular elements.

It has also been proven marijuana can help treat such things as PTSD, depression, anxiety and even provide relief for individuals who suffer from multiple sclerosis. These examples listed are only a handful of the benefits that are offered through the use of marijuana, so why wouldn’t we consider legalizing it?

Let’s also bring light to the use of alcohol and how much damage it has caused —not to mention the lack of health benefits— yet it has still remained legal for those 21 years or older, but we are still questioning legalizing marijuana.

“The U.S. Centers for Disease Control and Prevention (CDC) reports that more than 30,000 annual U.S. deaths are attributed to the health effects of alcohol (i.e. this figure does not include accidental deaths),” MPP.org stated. “On the other hand, the CDC does not even have a category for deaths caused by the health effects of marijuana.”

Alcohol use is also a major factor in the cause of violent crimes while marijuana use is not. The National Institute on Alcohol Abuse and Alcoholism stated roughly 25-30% of violent crimes that occur in the United States are linked to the consumption of alcohol, yet the government doesn’t track acts of violence relating to marijuana consumption because it’s not associated with violent behavior.

While I am not advocating that we make alcohol illegal, I am simply using this as an example to show there are things that are legal and so easily accessible to the public while something which causes significantly less harm is not.

To say the least, marijuana should not be something that is overlooked and instantly deemed as unacceptable. Because of all the benefits it has to offer, why wouldn’t we question the very laws prohibiting marijuana? The government as well as individual state leaders need to reconsider the laws placed on marijuana consumption. By doing so, we have the opportunity to fix wrongdoings inflicted upon innocent individuals as well as grow our economy as a whole, and this is a goal worth striving for.