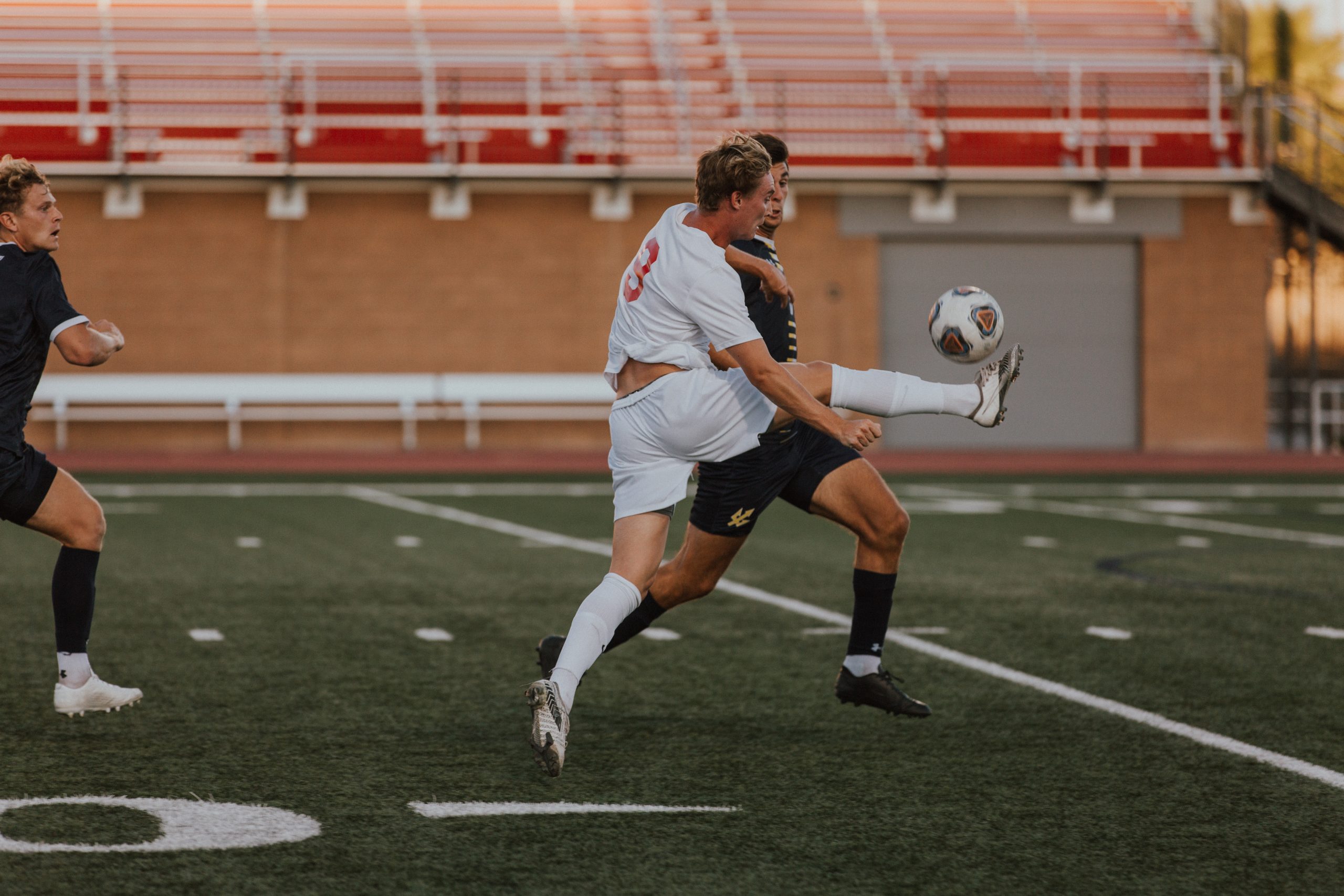 Playing on the road is a hard enough task. Facing a power five team that is consistently among the top of the charts by no means makes that situation any easier. This is the task the Dixie State University men’s soccer team faces this weekend as it has a two-game stand in California against the University of California Sep. 3 and the St. Mary’s College of California Sep. 6.

The Trailblazers see this as an opportunity to put their best foot forward and exhibit what they have been working for.

“We have to trust that what we have done preparing throughout the week for the games is going to pay off,” said Julian Herrera, a sophomore pre-nursing major from Las Vegas. “We have to show up, work hard, and hope to get the desired results.”

The Cal Golden Bears finished fourth in the PAC-12 last season, while SMC finished with just two losses throughout its season. Needless to say, the Trailblazers have themselves a tough road trip.

“I’ve tried to put top teams on our schedule,” head coach Jonny Broadhead said. “I want our team to understand what it’s going to take to turn into a consistently successful DI program.”

As Broadhead and the coaching staff look to see how the team squares up against these high caliber opponents, the players aren’t shying away from the opportunity either.

“Everyone is motivated to going against a Pac-12 school who is always competitive in their conference,” said Niko Shumov, a junior marketing major from Keaau, Hawaii. “Nothing is going to come easy, and if we are willing to we will slowly wear teams down and display our speed and smarts on the field.”

DSU is currently 1-1 on the season with a win against UC San Diego and its lone loss to California Baptist University.

“We’ve learned a lot in these first two games,” Shumov said. “There are moments during the games when we see our total potential, and we just have to work on showing that more consistently.”

Broadhead said he felt somewhat frustrated after the 2-0 loss to CBU but took that feeling as something to build upon.

“When we lost to Cal Baptist the other night, it was kind of frustrating,” Broadhead said. “But when we take a minute to look at the game, it’s nice to know it’s frustrating because we believe we can win.”

The Trailblazers’ next home matchup is Sep. 25 versus Utah Valley University at 5:00 p.m.