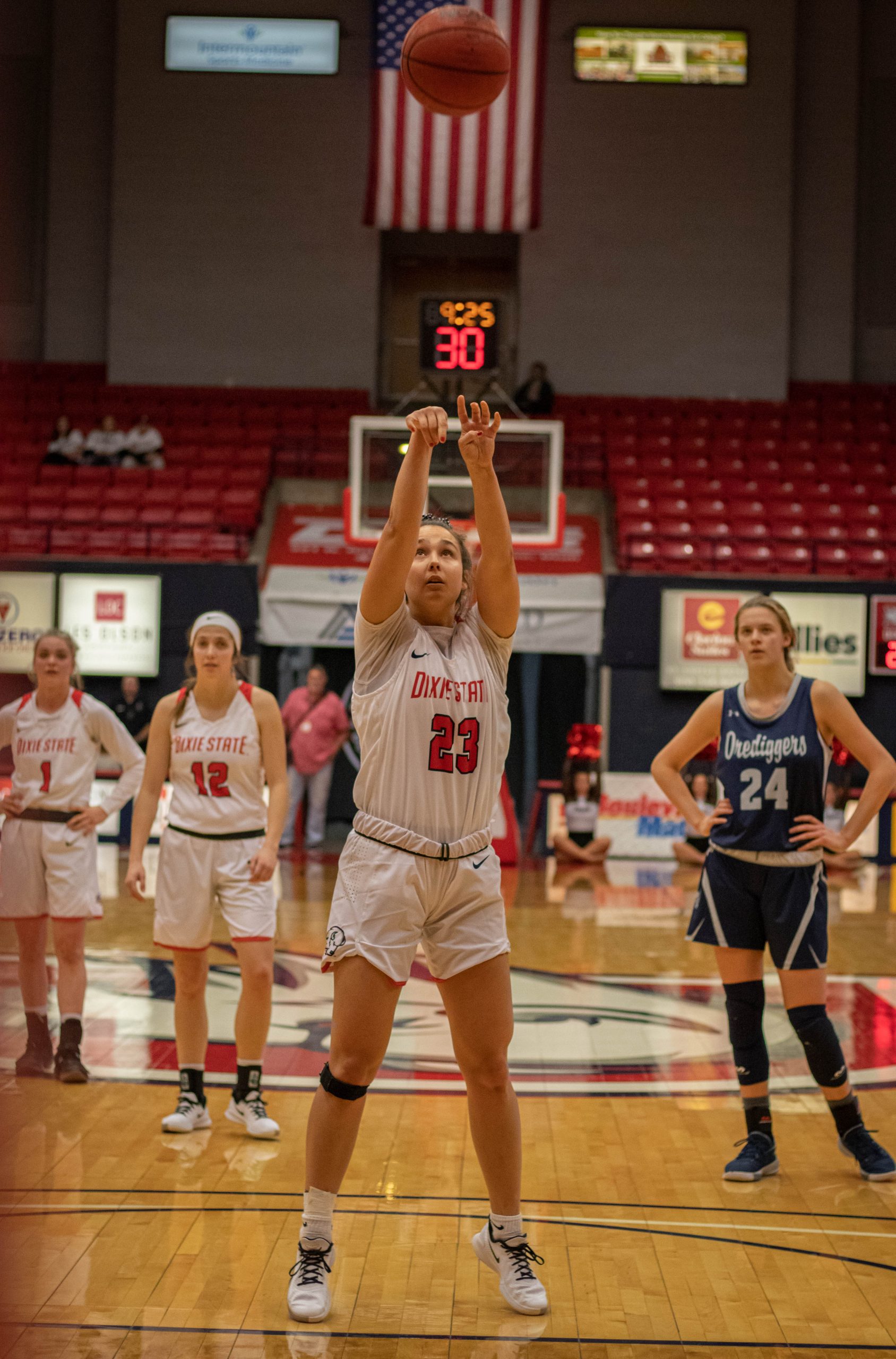 London Pavlica, a junior nursing major from Las Vegas, makes a shot during the Jan. 4 game against Colorado School of Mines. DSU women's basketball canceled its spring 2021 season even while other sports continued. Photo by Breanna Biorato.

The Dixie State University women’s basketball team took an entire semester off, missing its first Division I season. Until now, the coaches and players weren’t commenting on this decision.

Together, the team decided to opt out of its season because of personal obligations, school struggles, health and financial obligations.

“We were not speaking about the decision immediately after due to personal challenges each student-athlete was going through,” head coach J.D. Gustin said. “It was obviously a difficult time, early January.  Our sports information administrators did a great job of respecting the wishes and privacy of our players and coaches.”

Gustin said several of the players had contracted the coronavirus. When the team canceled a game for the third time, they came together to vote on whether to continue the season or not.

Gustin said he was shocked that the majority wanted to stop; however, enough teammates voted in favor that they potentially could have continued playing.

It came down to Gustin acting in the best interest of his players’ well-being, and he felt they could use the break.

There were mixed reactions to the results.

Forward Shay Potter, a senior exercise science major from Murray, said she was bummed to miss her senior year of playing.

Gustin said some players felt taking the year off put them behind, as they would have benefited from playing by building the team and using basketball as an outlet, but not playing also had its benefits. The players took care of themselves and were able to be with their families, he said.

Other universities felt the same way. Billy Witz, reporter for The New York Times, was one of the first to get answers from the team. Witz said DSU was one of six, beyond the Ivy Leagues, to take the semester off. Those teams all had their own reasons.

Potter said the team didn’t practice during this time, but the players retained their scholarships.

Spring workouts started back up for the team’s fall 2021 season.

The DSU community can look forward to next season starting in August with three exhibition games in Costa Rica.