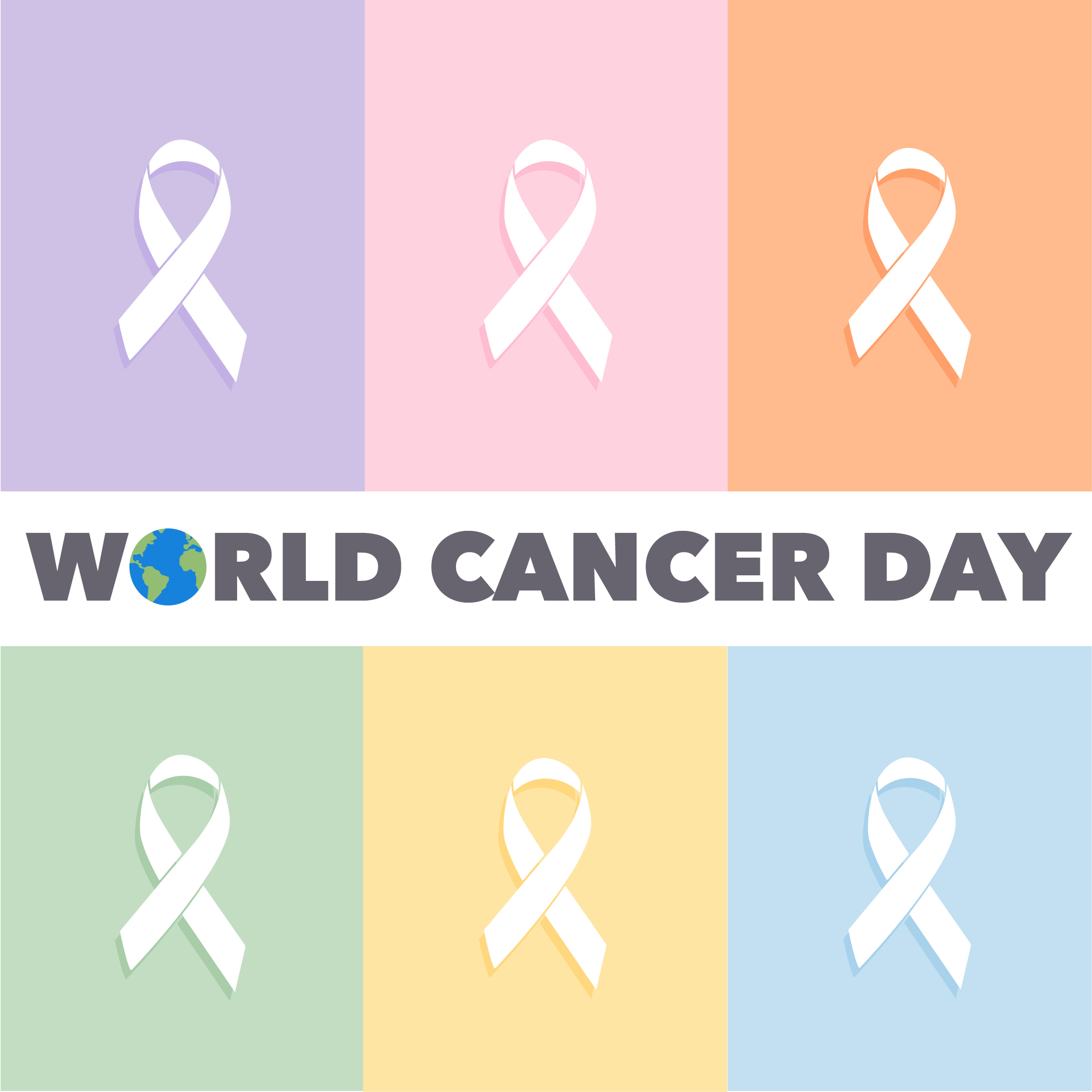 Feb. 4 is World Cancer Day to raise awareness toward the deadly disease. Three DSU community members share their stories of their fight with cancer. Graphic by Emily Wight.

Feb. 4 is World Cancer Day; it’s a day to raise awareness and to support those in our lives who battle the disease. Millions of people are diagnosed with cancer every year, and sadly millions also die despite their resilient fight.

Even at Dixie State University, there are amazing warriors who have fought long and hard against the deadly disease. Both faculty and students alike have worked hard to be with us all today. They’re filled with stories of strength and perseverance that we can all learn from.

Darby Riley, a 21-year-old junior biology major from Washington, is going into biomedicine. At nine years old, she was diagnosed with Ewing’s sarcoma in her ankle. She started chemotherapy and radiation treatments, and halfway through the first year of treatment, her doctors decided to amputate her left leg to help reduce the possibility that the cancer would come back.

Riley said going through cancer changed her perspective. She could still do anything, just in a different way from everyone else. Because of family members who have died and been affected by cancer, Riley decided to pursue schooling in biomedicine.

“I’m alive, I’m still here, I can walk, [and] I want to be able to give back and help others who maybe aren’t as lucky as I am or are struggling through similar things,” Riley said.

Through battling with cancer, Riley learned that not everything in life is going to turn out the way you expect it to, but you just have to roll with the punches.

Riley said, “Life isn’t fair, and that’s OK because if you keep thinking, ‘If I do good, I’m going to receive good and life is going to be easy,’ that’s not the case.”

As Riley grew up, adults would tell her how unfair everything was; they said she didn’t deserve the cancer and she deserved to be better. She agreed that it’s not fair, but she wouldn’t do anything differently.

“It enhances my life and changes it in a way that I wouldn’t want to go back,” Riley said. “Once you come to accept it, you can use it to jump off to somewhere better.”

Dannelle Larsen-Rife, an associate professor of psychology at DSU, was diagnosed with a very aggressive form of metastatic breast cancer four years ago.

Larsen-Rife was told she had four months to live, but against the odds she is still here today. However, she still has to receive periodic treatments to maintain her current health.

Larsen-Rife learned first hand that not everyone in your life can support you through hard times. Cancer can be very difficult for people to deal with in the moment.

“Some of your family and friends will be there to support you, but for some people it’s too overwhelming and they abandon you,” Larsen-Rife said. “In my situation, my husband of 30 years left the family right after I was diagnosed… and that’s not uncommon.”

Larsen-Rife said if there was one thing she wished she had known when she was first diagnosed, she’d want to know what it’s like after you go through treatment. Chemotherapy changes how your body works, and many people are on medication for years or even the rest of their life afterward. She said there is no normal after cancer; you’re never the same person again because it’s an entirely different life.

For most people with cancer, she said there is a chance it will come back and that it will be more deadly. Larsen-Rife said life is fragile, and you have to appreciate every moment because you never know what might happen even if you think everything is going to be OK.

“People often say, ‘Oh, but we can be hit by a bus at any time,'” Larsen-Rife said. “Well, when you have cancer, you’ve already been hit by the bus, and you know it’s going to come back.”

Since Larsen-Rife’s cancer was stage four, it’s almost certain the cancer will come back.

Recurrence rates differ depending on the type of cancer someone has, but for Larsen-Rife, there is a 30% chance it will come back worse.

Allyson Hamilton, associate professor of American Sign Language, was diagnosed with breast cancer this October during a routine mammogram and is still going through treatment for her cancer.

Hamilton tries to do whatever she can to keep a light in her life and not be dimmed by what’s going on. She recommends that you let friends and family help you during this time.

“Whatever you can find to help share the burden… it makes you realize that there are a lot of people who really do care about you,” Hamilton said.

Hamilton said it’s depressing having to constantly retell people what is wrong. Hamilton said she started making a vlog to help share her story with the world.

“I don’t want to have to keep going over it and over it,” Hamilton said. “It still is part of the story, so doing the vlog has helped a lot.”

Hamilton’s vlog is in sign language, and one of her students who is doing interpreting hours does a voice over for the videos.

“I’m doing a very honest vlog… it’s not all mayhem and madness, but it’s out there for all those who need it,” Hamilton said.

For those who might be struggling with cancer or who have family members or friends who are, it’s important to try to remain positive.

“Don’t give up hope, do everything you can with the life you have and learn to love the circumstances you’re in,” Riley said. “It will get better, you just have to believe that it will.”