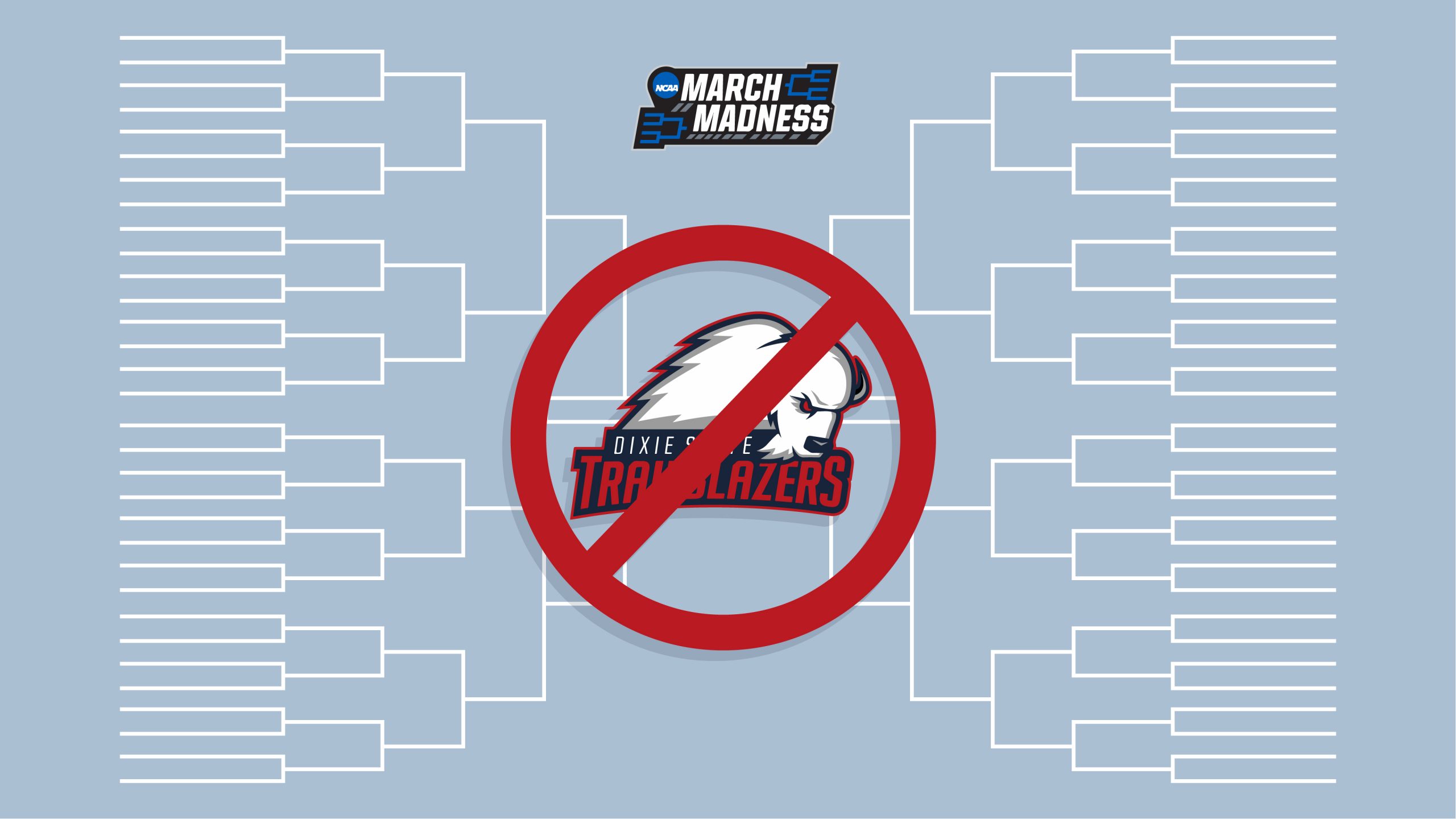 Dixie State University has made the leap to being a Division I institution; with this comes a four-year transitionary period that prevents the school from competing for national championships.

This transition period is unnecessary and hinders the players in transitioning schools.

One of the reasons for this four-year transition is to allow schools to get comfortable with a DI program’s new rules and regulations. Making the transition to be a DI school is not a small task; it takes years of planning and petitioning to make it happen. The schools should be recruiting DI caliber players and support it by the time it happens financially.

Schools making this transition have to adhere to different scholarship rules, which is part of the transition period. At the DII and DIII level, schools are allowed to offer partial scholarships to athletes, but once a school is a DI, the scholarships have to be in full since there is only a certain number that cannot be split.

This allows older, potentially partial scholarship recipients, to graduate and bring in new athletes. If the NCAA had a uniform scholarship policy among DIII, DII and DI, this would not be an issue and would reduce the need for a transition period.

Scholarship eligibility shouldn’t be the reason a school can’t compete for a national championship.

This creates issues not just for the transitioning team but also for the freshmen in a school’s first year of transition.

For DSU, this means the current freshmen class athletes, who are the class of 2024, won’t compete for a national championship ever, even if they qualify for one, since DSU won’t be fully transitioned until the 2024-25 school year.

Although unlikely that this would happen, there is the possibility for it, and not allowing a team to compete at the level it has qualified for because it hasn’t been at the highest level long enough makes no sense.

Any school should be prepared to be a DI school when granted permission to be one, so there should be no need for the school to transition.

A similar example of this is in Major League Soccer. MLS is currently growing, and the league adds expansion teams regularly.

In 2017, Minnesota United FC joined MLS after being a United Soccer League side for six seasons, but then in the team’s third year of existence in 2019, they made the MLS playoffs. This jump from USL to MLS is similar, just in professional sports, and there’s no comparable transitionary period for them.

New teams tend to struggle, but if the team is strong enough immediately and doesn’t struggle, the team is encouraged to push through the playoff format. This is what happened with Minnesota United FC. This is how the NCAA should see it as well.

The national championship format the NCAA has in place is there to determine who is the best team in the nation. The best team cannot be truly determined if teams aren’t able to compete because they are still in a transition period.

Schools granted DI status are traditionally outstanding DII schools, as we saw with DSU in the Rocky Mountain Athletic Conference, and deserve a chance to compete at the highest level the school can get to.

It makes no sense to allow teams to qualify for and potentially upset a conference tournament, even host one in the case of DSU’s women’s swim team, but then tell them if they win it, they can’t go to a national competition.