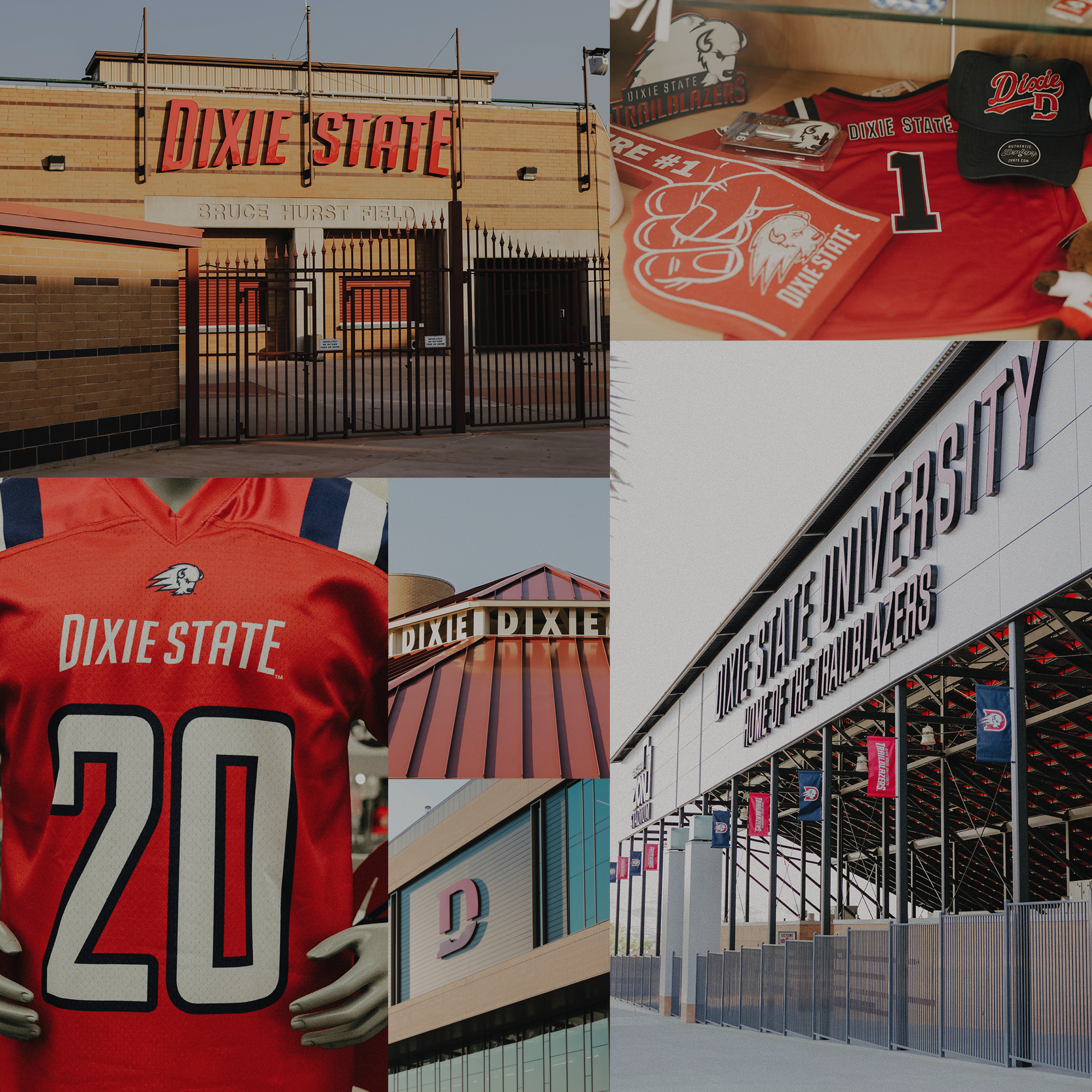 The word "Dixie" is on a lot of things around Dixie State University. DSU's faculty senate voted to include a name change for the university in the Stature to Distinction strategic plan. Photo by Misha Mosiichuk.

Editors note: This is part one of three parts researching the history behind the university’s several name changes, and what the community’s response would be to another name change.

During the summer, the Dixie State University faculty senate held an emergency vote in support of removing the word “Dixie” from the university name due to its racist connotations to slavery in the South.

Influenced by worldwide protests for racial equality and past changes to the name, the motion to approve the resolution to change the name passed at 18-6 with three members abstaining.

Bill Christensen, faculty senate president and business professor, said the vote was not about “a popularity contest,” but rather about what is in students’ best interest.

Christensen said: “The role of the faculty senate in this is to ask the question, ‘Between the pandemic and the summer, is it possible to be inclusive and still go forward with the Dixie name?’ About two-thirds of the faculty suggested the name change. The world is different now. And I’m really glad that administration is taking an open-minded approach.”

Christensen said part of the administration’s approach included hiring an outside consultant to investigate the consequences of keeping “Dixie” in the school’s name.

This isn’t the first time DSU has undergone some sort of rebranding. The university has had six name changes from its establishment in 1911 to the present day, and each name besides the original St. George Stake Academy has had “Dixie” in the title.

Dixie’s original meaning is a nickname for the Southern states of America, especially those involved in the Confederacy. The southern Utah regional “Dixie” was founded by southern Mormons who set out to grow cotton in the area, which later led to Dixie Junior College (renamed in 1952) adopting the “Rebel” nickname and formally making the Rebel soldier its mascot in 1956. The confederate flag then became affiliated with the school in 1960; blackface minstrel shows and mock slave auctions were even held on campus. Dixie State College (renamed in 2000) eventually ended up cutting ties with all southern symbols and mascots in 2007 besides the name “Dixie.”

Other universities have undergone similar branding changes. The University of Nevada, Las Vegas, like DSU, used to fly the Confederate battle flag during sports games and still has ties to the south with its Hey Reb! mascot; however, a statue of the mascot was recently removed from campus in June.

Both students and faculty have weighed in with their thoughts on the decision to change DSU’s name.

Mike Nelson, assistant director of the multicultural inclusion center, is originally from North Carolina, and said he’s seen how the definition of “Dixie” varies from region to region.

“We have had discussions with students and groups, and I have heard comments on both ends of the spectrum,” Nelson said. “For those that have lived out of the area, they recognize that there is a different context.”

As a DSU alumnus who’s lived in the St. George area since 1992, Nelson has seen the university undergo several name changes over the years.

“One student mentioned that when Dixie changed its name in the 1930s, the decision to change the mascot from the Flyers to the Rebels was really when that connection to slavery started — it was that conscious decision to step in that direction.”

Nelson also said a name change has the potential to foster a more welcoming environment for diverse students, and “what was good, lighthearted fun for some people back then has changed to have a different meaning. We’ve got to recognize that this is bigger than us. This is happening on a national level.”

Assistant English professor Olga Pilkington said she sees both sides of the argument for keeping or changing the name. The association of “Dixie” with the St. George area and community is important to many students and alumni, but because of its connection to slavery and the South, the removal of the word from DSU is understandable.

Pilkington said the current political climate was just “one more push,” and the idea of removing “Dixie” has been around since the college transitioned into a four-year university.

“The university exists out of Utah; it’s not just a local institution,” Pilkington said. “We cannot change the world’s perception of what Dixie means, so recruiting students might go better if the name was more generic, like St. George University.”

Benjamin Miklautsch, a senior English major from Antioch, Illinois, said: “As an outsider to the local community, the word ‘Dixie’ has no direct meaning to me. I feel no connection to the word itself.”

Miklautsch said keeping the name would validate “outdated” and “antiquated” opinions because of DSU’s history and “it’s time to move on.”