OPINION: Step up and vote for Super Tuesday 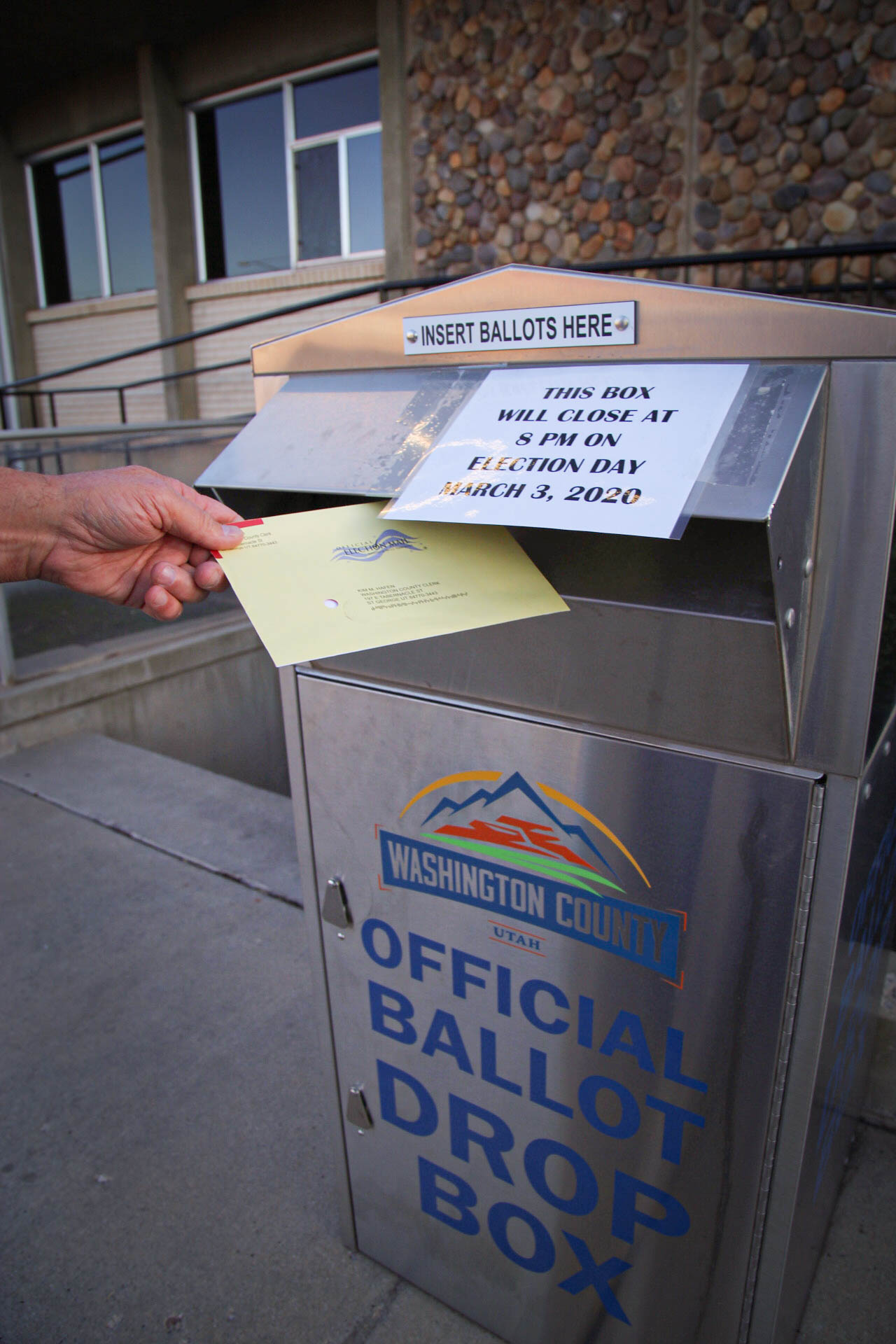 Citizens of southern Utah have the opportunity to vote publicly in four different St George locations. Young adults take advantage of the opportunity to speak up for the future and do your part in changing the world as we know it. Photo by Jessica Johnson.

With Super Tuesday coming up, the future of America is shifting ever so slightly but with a lot of votes, it can change the way you want it to.

New voters are turning 18 and questioning how the voting process works. I didn’t even gain interest in voting till I turned 19, which left me behind from the rest of my peers who were starting to really enter the adult world and make their own choices.

Voting allows one to chose how they live and speak their ideals which is the ultimate way to participate in our democratic society as a functioning adult.

Voting is not only a rite of passage, but a way for young adults to explore their political interests and learn about what they believe in. Although Super Tuesday is only the election for a presidential primary candidate, it helps support your ideals by voting for certain policies and the candidates whom you support. Even if they don’t win, letting even one voice be silenced goes against our First amendment rights.

The United States Census Bureau found the number of voters between the ages 18-29 was up 16% from 2014-2018. More people who were ethnic were voting as well. Groups who were less active in the past have become more active voters for their futures.

Taking advantage of the right to speak for the future you want is a key way to make the world a better place. Don’t let family opinions dictate your vote and feel free to say you’d rather not share your opinion if you know it might cause controversy.

Voting for a more sustainable future has been a priority of Gen-Z and should be prioritized for all generations of both the present and future. Voting for a new “green deal” could ban plastic bags or plastic straws and lower greenhouse gas emissions, which is a concern for scientists globally.

This is just one way voting and researching for the proper candidate can make all the difference. Bernie Sander’s campaign is famous among cannabis lovers as he aims to legalize weed, make weed-related convictions go away and he says he will ensure that the tax money goes back to the communities. His goal is meant to persuade both those who want cannabis legalized federally and those who favor the tax benefits the products will reap, mainly the state.

With medical and recreational cannabis becoming more legal within some states, the tax on these products will generally go to benefiting the community in some way. In this election, weed legalization and how each candidate will handle it has a large effect on the outcome, its a main policy concern for U.S. citizens along with climate change crisis and dealing with foreign affairs.

Nevada legalized medical and recreational cannabis in 2016 with a 21% tax on all cannabis products. That tax is divided into going toward school districts, public transportation and city construction. This legislation was voted on the state level, but the community has been successfully prospering from this new law regardless.

Even at 18, U.S. citizens are expected to make adult decisions and become financially dependent, even for things they cant use such as marijuana. You pay taxes and live with the issues; trust yourself to know the best way to vote.

The front runner of the Democratic Party Bernie Sanders policies can be found online along with each of the top five other candidates: Elizabeth Warren, Pete Buttigieg,Mike Bloomberg, Joe Biden, and Amy Klobuchar.

Vote. Make a difference in your community and in your country; don’t stay silent.