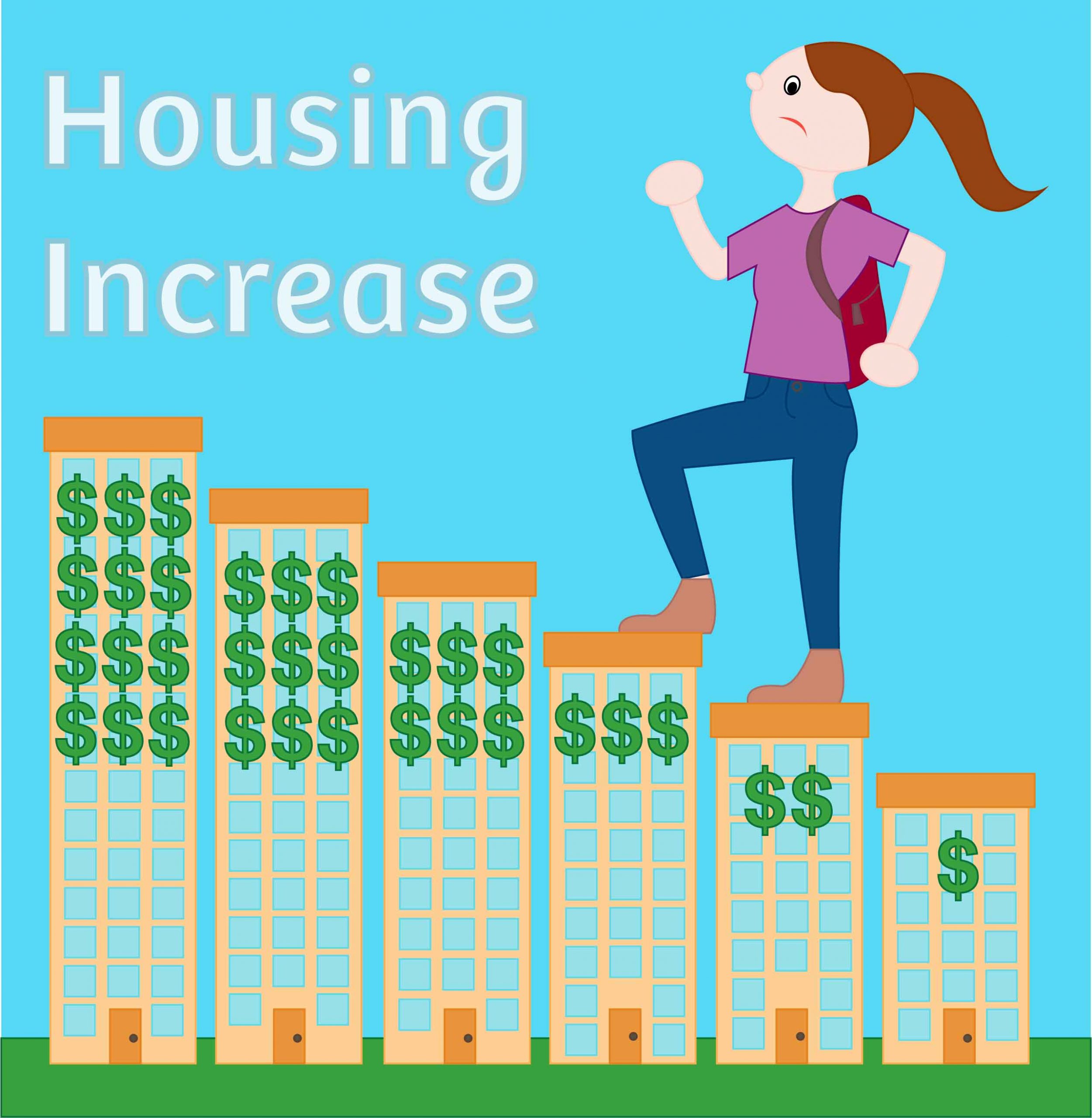 The housing market in St. George is booming, but attainable housing for young adults and college students is hard to find.

According to 2019 housing and urban development income limits, only 13.3% of all units for sale and rent in Washington County are attainable to households earning 80% or less of the area of median income. The 80% mark is about $54,000 for an entire household.

Shirlayne Quayle, director of economic development and housing in St. George, said most college students and people in their 20s and early 30s fall into the range below an area median income of $54,000.

Quayle said, “We are looking at filling this gap of having housing that is going to be attainable for everyone in these price ranges [below $54,000 area of median income].”

Keihin and Alycia Bracken, junior and senior nursing majors from St. George, said when they were looking to purchase a home over the past year, all the single-family homes were astronomically priced.

Keihin Bracken said a home he and his wife were looking at was pretty much falling apart and it was still $230,000. He said the place they are in now is the best value they have found in a new development in St. George.

Alycia Bracken said they purchased a townhouse instead because the price per square foot was much cheaper.

The single-family homes that were affordable were very run down, Keihin Bracken said.

“The more we talk about it and the more we educate the community about what the housing looks like here, the better we are going to be at making an impact,” Quayle said.

Seth Gubler, director of housing and resident life, said the pricing of the housing at Dixie State University is driven by paying for the construction and investments that are used to construct the buildings.

Keihin Bracken said people in the college age range are outliers for housing. He said there aren’t many affordable housing options that are available for students.

Gubler said the university takes out revenue bonds to be able to construct new housing. He said the reason they charge the amount that they do is so DSU stays safe and have enough money to cover unexpected issues with buildings.

Gubler said, “It’s important to address one, that [housing] is affordable to students and two, that we don’t get into a legal situation that puts the university in danger so we aren’t able to bond in the future.”

Quayle said the Housing Action Coalition, a group of community stakeholders and concerned citizens, is working to increase housing diversity in Washington County.

“The city is looking at what tools we have at our disposal to be able to [get housing],” Quayle said. “What can we do differently and what new approaches do we need to be looking at as a municipality?”

Quayle said one of the reasons the city is looking at housing so seriously is due to the increase in population in St. George.

“We don’t want to grow and then have to backtrack like a lot of the larger cities have,” Quayle said.

St. George passed new zoning regulations on Jan. 9, which Quayle said will allow homeowners in the area to build and rent out accessory buildings or units. She said this will make housing cheaper for students because they can find somewhere to live off-campus for lower costs.

“[Housing] is not something that we want to waste or pretend that it doesn’t matter,” Quayle said. “I can see that the city knows that it matters and we embrace it very much.”

Quayle said the city would love to be able get feedback from DSU students on how to better improve housing and what students want to see different.

If you have any suggestions on how St. George or DSU can improve housing, send an email to d00188481@dmail.dixie.edu.

A part two of this story will come later on in the semester.