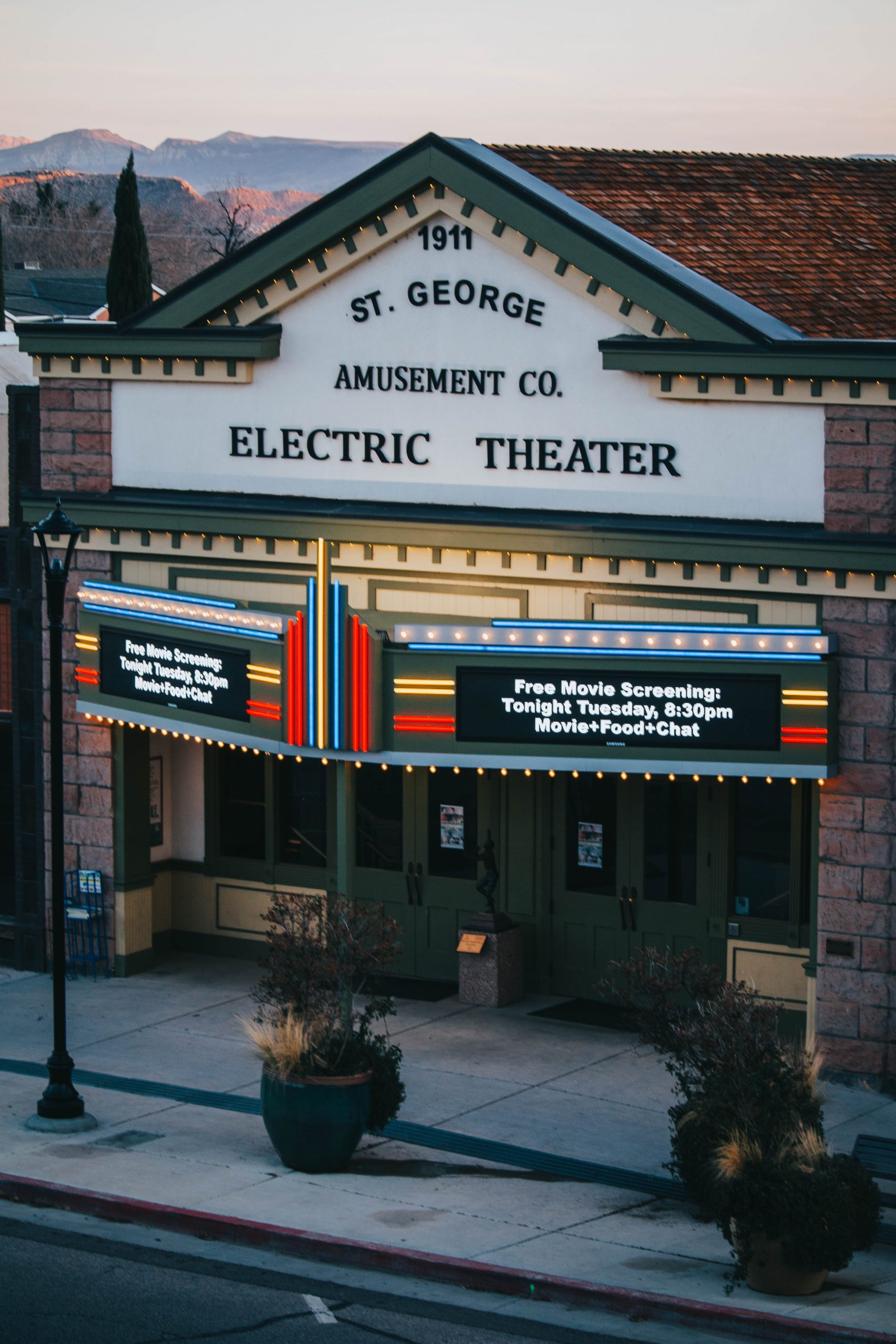 Every Tuesday the Electric Theater has a free moving showing, open to the entire community. This is the perfect opportunity for a cheap date, a hang out session with friends or even just a quick study break. Photo by Nickelle Blanton.

Free movie, local eats and a time to remember: Get ready for an electric night.

This Movie Club is a non-profit organization that brings free films to the city of St. George every Tuesday night at the Electric Theater and is a learning opportunity for those who aspire to be in the film making industry.

The show begins at 6 p.m., but there are occasional later showings on posted weeks. While you are enjoying classic films, there will be a local vendor on the site of the event selling a variety of foods.

Adam Mast, president of the Film and Media Alliance of Southern Utah, played a significant role in bringing this organization to the eyes and ears of those in St. George.

“We are pretty much designed to champion, inspire, encourage and educate film making talent,” Mast said.

For students interested in film making or even those looking for a cheap night on the town, the Electric Theater is a free option to all.

If you are an individual who aspires to make it in the film making industry, this program, and others aforementioned, would be a valuable stepping stone in achieving those goals, Mast said.

“I think one of the most important things is getting out and seeing the films you can,” said Beau Stucki, the curator of This Movie Club. “Especially when you have a chance, like here, to see them in the cinema the way they were designed to be seen and to have that communal experience.”

When starting out in this industry, the experience you have will aid in the progression of your own work, Stucki said.

“Find things you are passionate about,” Stucki said.“Let that story burn inside you, and that way, you feel the need to tell the story.”

Not only does the Electric Theater have affiliation with This Movie Club, but the Dixie State University film department as well.

With the Electric Theater’s classic charm still in place from 1911, this “movie palace” is an exceptional place to watch films, Tuckett said.

“If you are serious about being in a film studies program, then you should look deeper,” Tuckett said. “You should go beneath the surface to appreciate it even more as an art form.”

If you or someone you know has a love for film that just can’t be hidden away any longer, contact the Film and Media Alliance of Southern Utah at info@fmasu.com, or Beau Stucki at thismovieclub@gmail.com.