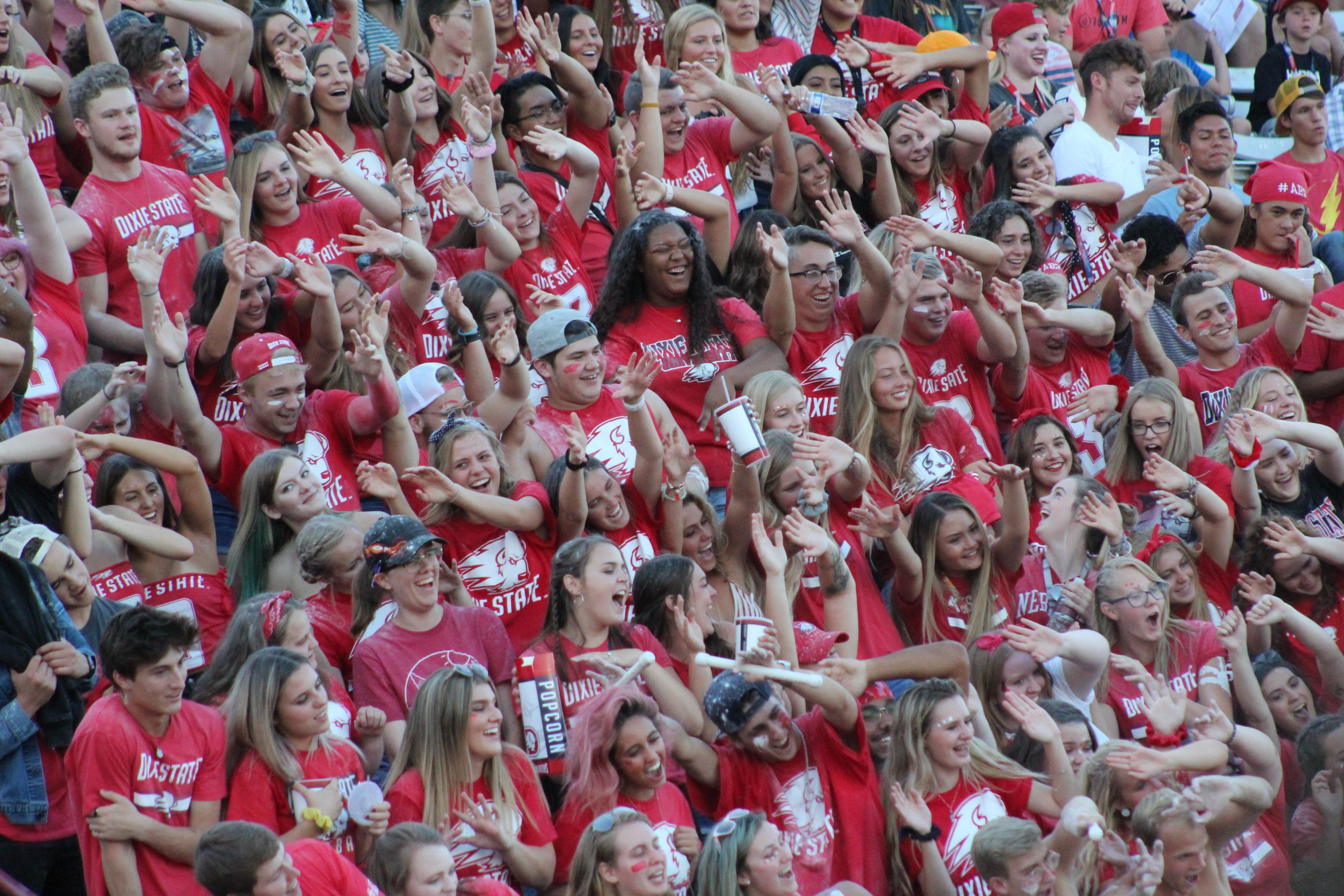 Almost every young athlete has dreamed of making it to the big leagues. From hitting the ball around the park to training endlessly in the gym, countless athletes set the goal of making it to the professional level. They think about forwarding the process of high school ball, getting a Division I scholarship and competing at the professional level.

Dixie State University now has the opportunity to offer an important stepping stone in the process to achieve this dream.

“I felt like this is something I’ve dreamed of doing as a kid,” Eddie Ngungutau, a junior recreation and sports management major from Euless, Texas, said. “It’s an opportunity to get your family out of the struggle without worrying about [your] family having to pay for school. I don’t come from a wealthy family, but I do see the sacrifices they make for me, and it’s my token of paying them back by going to school and getting a degree.”

As DSU prepares for its jump to DI next year, there are a lot of changes fans can look forward to: in-state rivals forming, a new conference and potential to go places this university has never been.

The sky is the limit for the Trailblazers, but there is one thing left uncertain: what the future has in store.

Recruiting players has always been a major factor when projecting a team’s overall trajectory. As teams are able to recruit better players, the number of wins in the win column tends to also increase. Because of the move to DI, women’s volleyball coach Robyn Felder thinks this will have a big impact on the upcoming seasons.

“The ability to now offer a DI scholarship is huge,” Felder said. “Kids from the time they are little to the time they get recruited always hear ‘DI, full-ride.’ So, that’s what they expect. At the DII level, we honestly didn’t have that.”

Felder said: “The team is great. A DI scholarship is huge.”

Because of this change, there are also regulations that make being a head coach even tougher: removing players from scholarships. Now that DSU will be DI, it is only permitted to offer 12 full-ride scholarships for the women’s volleyball team.

“As a volleyball program, I’m only allowed to have 12 on scholarship,” Felder said. “At DII, I could have as many kids as I want. This year we had 20 on scholarship, now we only have 12.”

Taking eight players off scholarship is never something easy to do, but Felder said she has been supportive and gave credit to her athletes, saying they are understanding of the transition occurring.

There are many factors that go into accepting an offer while being recruited, but Felder said DSU is on the right track to bring in DI-caliber athletes.

“You have [DSU], which is a huge sale – huge sale of why a kid would be interested in coming here,” said Jonny Broadhead, head coach of men’s soccer.

With the addition of the new facilities, the great weather St. George has to offer and the rise of the sporting teams, athletes with potential to go DI will seriously consider DSU.

“We are getting better facilities [and] the venues are getting bigger and brighter.” Felder said. “So, some of the facilities we are able to get just to recruit the types of kids we want to get are huge for us.”

The new Human Performance Center, the renovated and expanded Trailblazer Stadium and updated classrooms occurring all around campus are all great influences for athletes looking to attend an institution that has modern facilities and has the potential to provide opportunities to be successful on and off the field.

Not only does DSU have new and improved facilities, but there is something about starting fresh and writing the first chapter of a book that is enticing for an athlete that is getting recruited. As DSU changes to a new division, they also switch conferences. DSU Athletics will soon belong in the Western Athletic Conference and create their new identity among its conference foes.

“It’s an opportunity to come out and make some noise, and to have [winning] magnified as a new program is exciting,” Broadhead said. “Players want that challenge. Growing something from scratch. First year in DI is something kids are interested in.”