Students behind the scenes of DSU Athletics 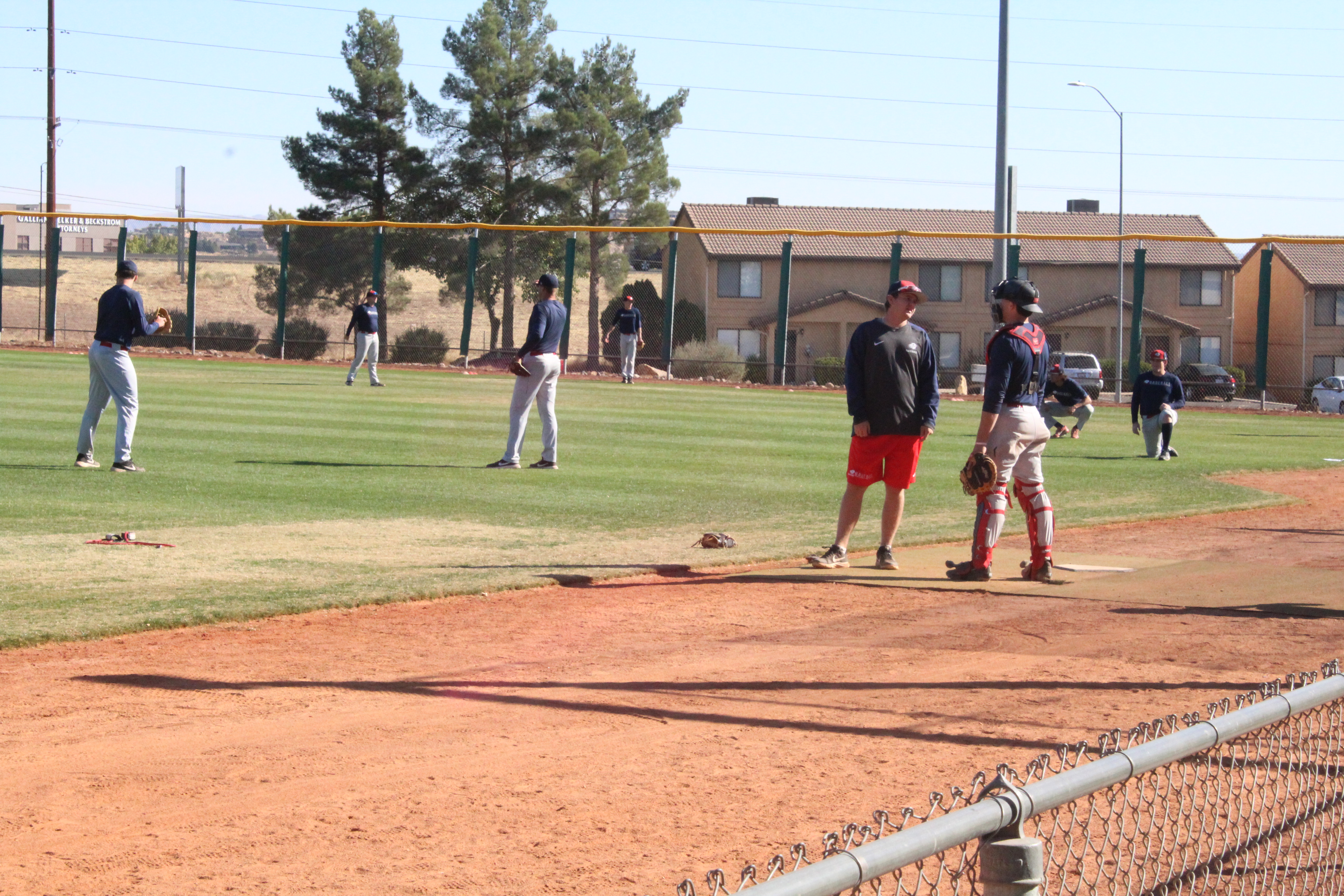 Kade Cloward, a senior exercise science major from South Jordan, gives advice to a pitcher on the DSU’s baseball team. Even after his four years of eligibility, Cloward still helps his previous team mates. Photo by Madison Boyd.

When thinking about sports, images of someone shooting a basket or scoring a touchdown come to mind; however, there is also a lot of work to be done off the field and behind the scenes to succeed.

In fact, people who offer services integral to the team’s success often go by unnoticed, unrecognized and – in this case – unpaid.

These positions are held by Dylan Healy, a sophomore finance major from Taylorsville, and Kade Cloward, a senior exercise science major from South Jordan.

Healy and Cloward assist the team in keeping stats, feeding the pitching machine, talking to the players one-on-one, and whatever else the team or coaches need.

Pitcher Jack Gonzales, a junior criminal justice major from Oceanside, California, said: “[Healy and Cloward] are pretty much part of the team. They’re good if you just need someone to talk to.”

Gonzales said he and Cloward in particular have a good relationship since they played together as Trailblazers. Cloward said he became interested in the student manager position after playing baseball at DSU for four years and finishing his years of eligibility.

“I definitely wanted to stick around the game,” Cloward said. “I’ve always loved baseball; I have played it since I was little and I don’t think I would be able to do anything without it.”

Now, Cloward has his eyes set on becoming a coach.

Healy was interested in becoming a student manager after he graduated high school, where he played baseball throughout his education. He said the student manager position appealed to him because of his dream to be involved with the business side of baseball.

“I kind of realized that my dream wasn’t really to be a baseball player anymore,” Healy said. “I wanted to be in baseball, but more on the business side.”

Healy and Cloward both said they are working these long, unpaid hours with hopes it will pay off in the future.

“I think the student manager position is overlooked, in a way,” Healy said. “You know, my name is not out there, I am not out there playing the game or even being a coach and making game decisions… I think [the student manager position] can get underappreciated at times… just being with the team and being there to help the team win and ultimately help the school win.”

The DSU baseball team has its opening game of the season on Jan. 31 against California State University San Marcos.