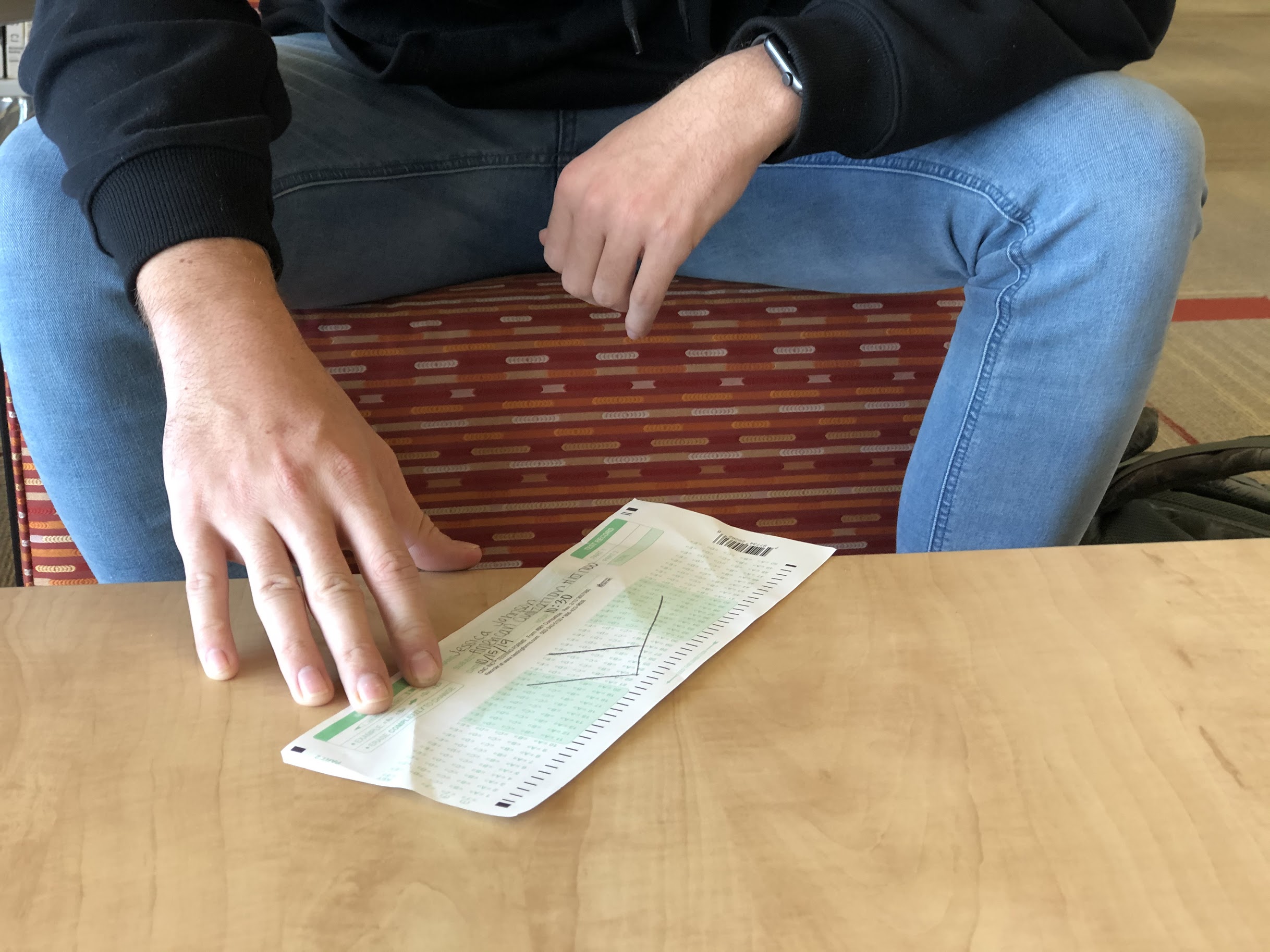 Testing is ineffective when showing students knowledge of a certain subject due to each person's ability to test well. Students cannot be measured by one test score the majority of their knowledge on the subject but need other circumstances considered for each to apply their learning. Photo by Jessica Johnson.

Studying for hours only to receive a bad grade on a test goes to show that testing is not always the answer.

Tests are ineffective when it comes to showing students knowledge of a particular subject matter. After all, how exactly can you measure someone’s understanding by giving them the same test as everyone else who is taking the course? I for one have been in many situations where I know the subject and could apply it if needed, but when it comes to taking a test on what I have learned, there is no hope for me.

According to an article by the American Institute for Learning and Human Development, students are fully aware of the impact that tests have on their future and potential opportunities, and because of this, it may lead to irrational decisions that were not properly executed.

According to the article, “Because students know that test scores may affect their future lives, they do whatever they can to pass them, including cheating and taking performance drugs.”

By having students take a test and fall below the expected grade, there is an automatic assumption that that student holds little knowledge of the subject matter and they came unprepared for it; however, this common misconception is far from the truth.

There are many components that play into a students testing ability, but to simply say that a student knows little about the course material based on their test score is unreasonable and poor lack of judgment.

According to the Grade Power Learning article: “ It does not consider how much a student has grown over the course of the year. This can be a disservice to teachers who worked to help their students grow, and students who put in their best effort to improve but performed poorly on one test.”

While there are students who are naturally gifted with testing abilities, there are others who may have a more difficult time with being put under that kind of pressure; I would know, I happen to be one of the many unfortunate.

Listening to the lectures, attending class, and even spending time studying only to find that I had gotten a low score on yet another test, has been a struggle that I have dealt with for years. Like so many others, I try my best to give school my all, but my test scores may beg to differ at times.

Now I do understand that testing of some sorts is important in certain circumstances, especially when seeing what a student may be lacking in so teachers could spend some extra time in that specific subject area, but to use it as a tool that has the potential to ruin a students academic career, is not the best way of going about it.

There are far too many individualized thought processes, so how is allowing a select few determine what is best for students as a whole? We are taught to vocalize our differences, but standardized testing allows nothing of the sort and expects all students to have the same thought process in order to pass.

I think that it is only fitting that we find a stronger system that works not only for a select few but the student body as a whole. With having standardized testing still present in the majority of classrooms, we are not standing united and building each other up, but weeding out the ones who may have a hard time understanding the standardized thought process.

To resolve the issue at hand, teachers should provide other alternatives to test-taking. These alternatives include, but are not limited to, written demonstrations or presenting to the class what they have learned during the course.