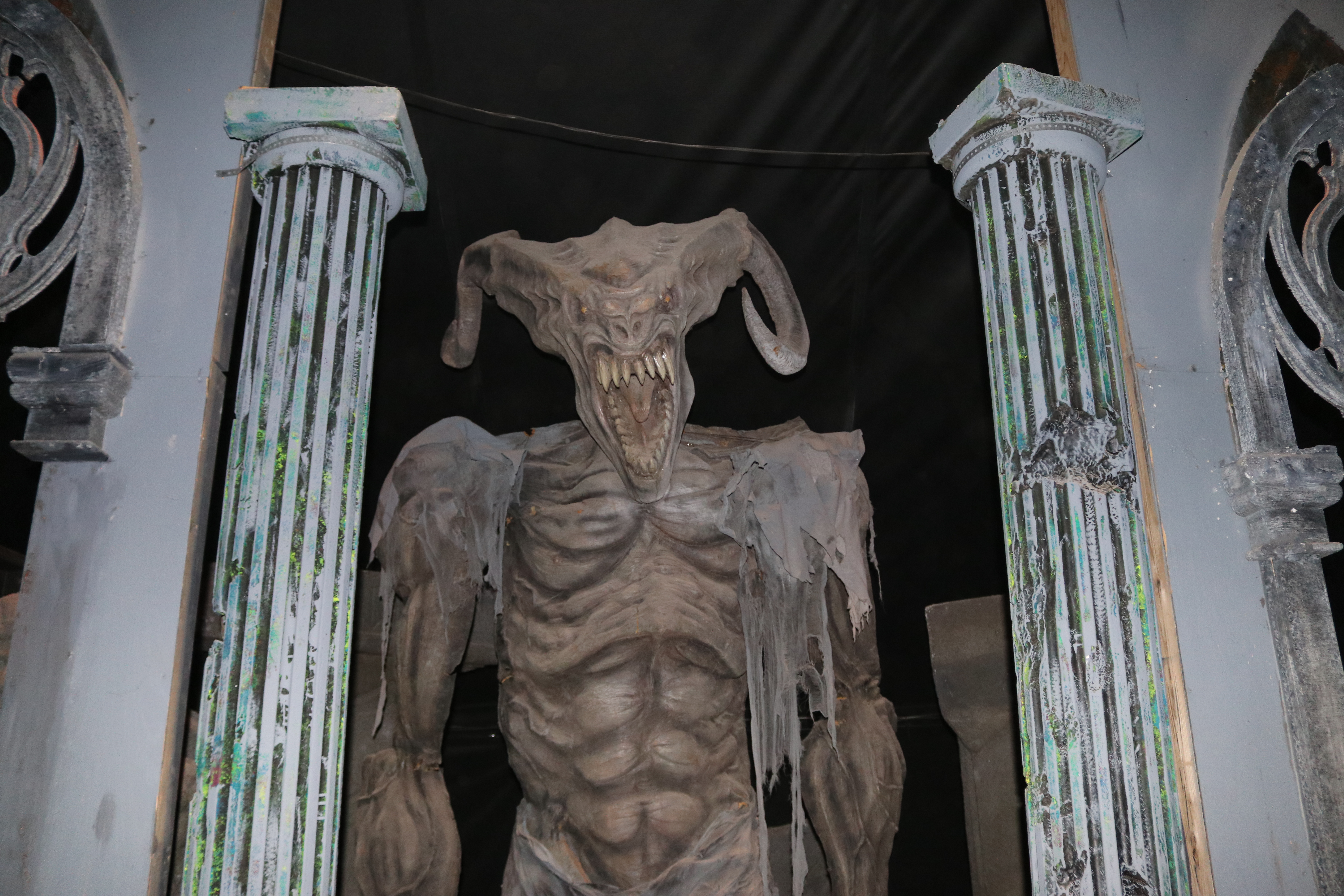 An animatonic of a demon inside of the Red Rock Haunt. Red Rock Haunt is open to customers of all ages. Photo by Madison Anderson.

The season of ghosts, goblins, pumpkins apple cider is upon us, and a new haunt has made its spooky entrance to the St. George area.

When you first walk into the haunt, you are instantly immersed in a much spookier world. an eerie cemetery, s creeping up from behind, an insane asylum with disturbing residents, haunting movie characters such as Freddie Kruger and Pennywise, and the classic man with a chainsaw chasing you.

“I think what customers will find when they come into Red Rock Haunt is that we are doing something a little more than they are used to in this part of the state,” Owner Bart Cox said. “We have some large custom animatronic characters, pepper’s ghost effect, a black light section … it’s just going to be a lot of fun.”

Cox said his journey with haunted houses began back when he lived in Salt Lake City, but when he moved to St. George, he felt like a haunt is what was missing.

“I have had friends and family telling me that I should get something started down here in the St. George area, but I didn’t think we had enough of a customer base to really support it,” Cox said. “So last year I did some work with another haunt in the area and found that the numbers were really good and it pushed me to a point where I said, ‘hey let’s give this a try.’”

“Red Rock Haunt is unique and different,” Gleason said. “We feel like it is the first of its kind in St. George and we want to spread the word about it.”

Gleason said there are currently about 20 cast members, but the hope is that as the years go on and the haunt becomes bigger they will have even more cast members.

Kila Atkin, a cast member for Red Rock Haunt, said what makes her experience working at Red Rock Haunt so great is all of the friends she has made and the exciting atmosphere the haunt creates for both the employees and the customers.

“My favorite thing to do is run around or follow customers and just be that extra scare,” Atkin said.

While the haunt is open to customers of all ages, Gleason said parental discretion is advised.

“Our vision is bigger than being open just this year,” Cox said. “We would like to create an experience down here in St. George that’s the Southern Utah big thing for Halloween every year.”

Red Rock Haunt is open every day from 7 p.m. to midnight starting Oct. 3 until Halloween. For more information or to purchase tickets, visit redrockhaunt.com.