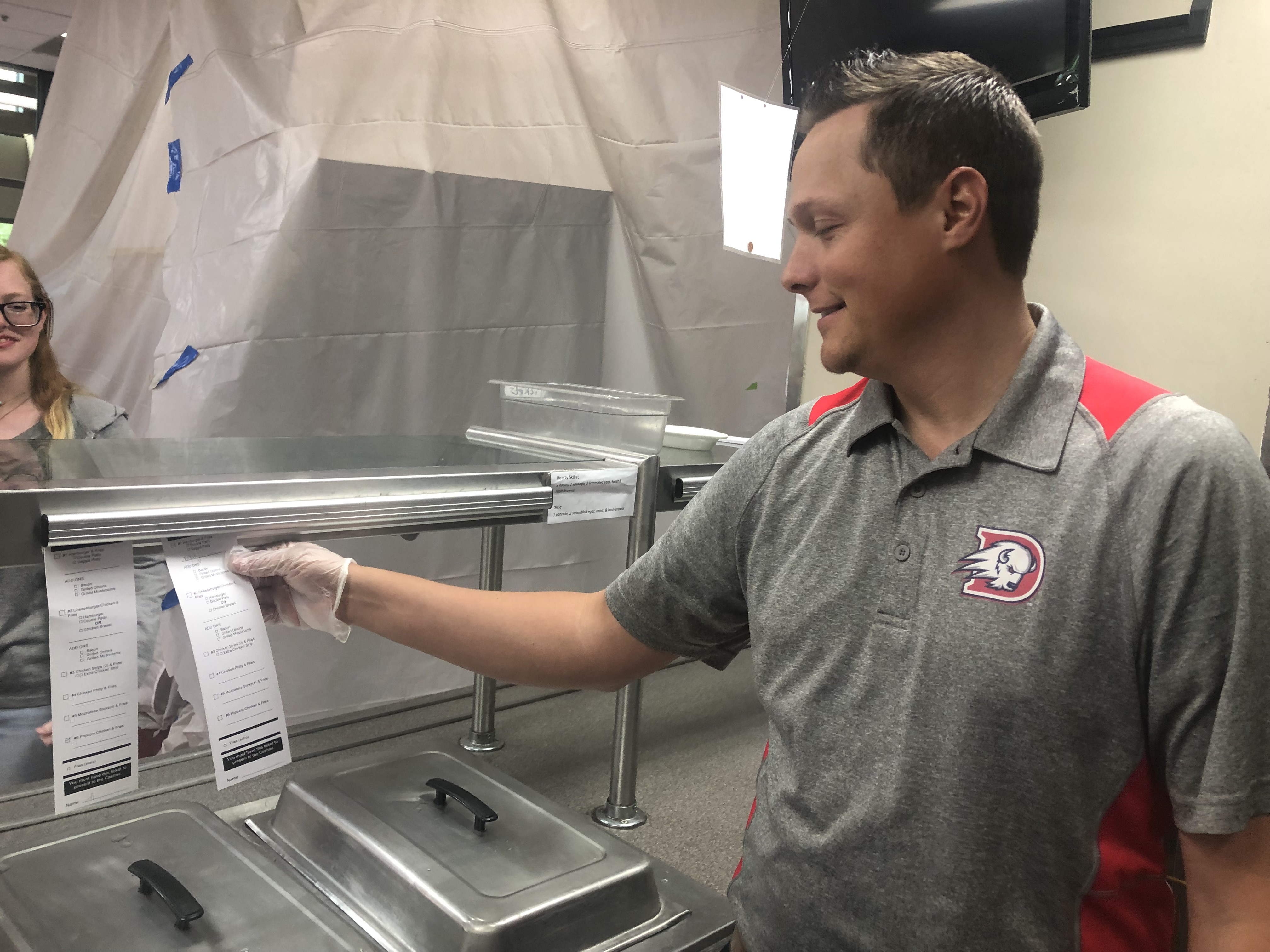 Dixie State University Dining Services has been in the process of making changes to create a more fun and inviting atmosphere for students.

Zach Gates was hired as the interim director of dining services in January 2019 after the previous director, Martin Peterson, was let go.

Gates said his goal for dining services is to create a fun university vibe and increase student involvement.

Executive Chef Mikyla Richardson said she has been able to put her full abilities to work and there has been a change in the dining services work environment and plans since the hiring of Gates.

Richardson was brought on roughly two years ago as the first chef to ever work at DSU. She started as a sous chef and was promoted to executive chef after one year of working. The previous position was a food service manager who specialized in a cafeteria style. DSU transitioned to having a chef to provide gourmet catering options and offer a wider variety of meals. Richardson previously worked at a 5-star restaurant in Logan after graduating from the culinary program at Utah State University.

Richardson said Gates has provided an opposite experience; he has been open and accepting to changes. Gates said he even seeks out new ideas by visiting a dozen universities in California.

Gates said he has a few ideas he wants to execute, but nothing is concrete yet. These ideas include food eating contests such as eating a 5-pound hamburger under a certain amount of time, karaoke night and a new health and performance building to bring a healthy eating option on campus for students who are on a meal plan.

Dining services already provides catering sessions and taste tests for events and weddings. However, Gates and Richardson have been working together to expand options for the two.

Gates said they are creating brand new catering menus and coming up with more ideas for student event taste testing.

“[The taste testing] shows [Richardson’s] abilities and it also gives you ideas to put on a good show for whatever event you’re going to have,” Gates said.

The biggest change currently under construction is the addition of Chick-Fil-A and Pizza Hut next to the Cafe in the Kenneth S. Gardner Student Center dining area. Chick-Fil-A is expected to be built by April 26 and open for business two weeks after that. Pizza Hut’s schedule will follow two weeks behind Chick-Fil-A’s.

“I think they’re all really good changes,” said Tyson Price, a sophomore computer science major from Roswell, New Mexico and Cafe worker. “I’ve been working here a while, so I’ve seen the improvement the management has made.”