‘What Were You Wearing?’ exhibit fights stigmas, educates community 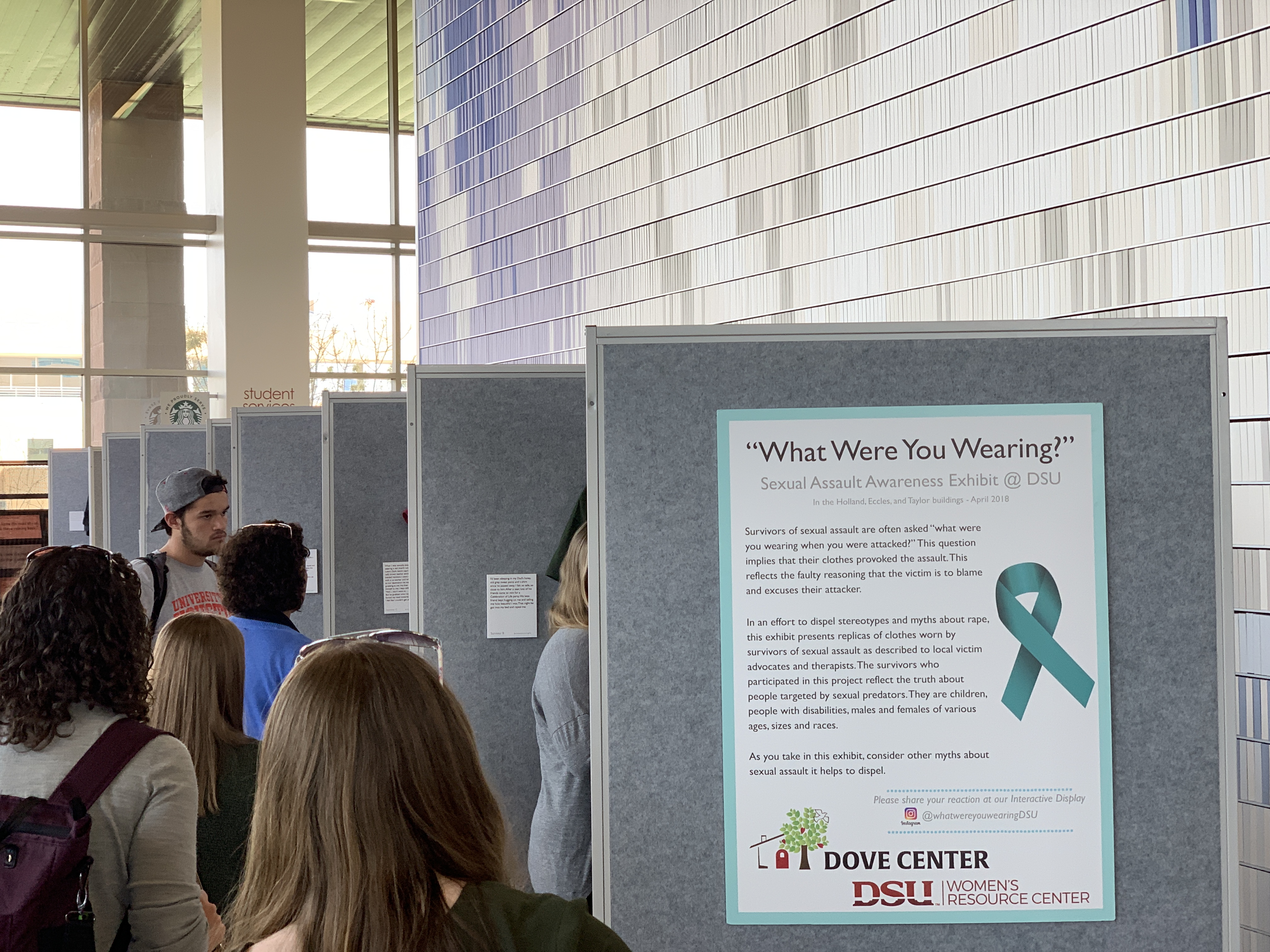 DSU Women’s Resource Center and the Dove Center have teamed up together to showcase the “What Were You Wearing?” exhibit here on DSU’s campus. The exhibit will be on display to the public on the main floor of the Holland Centennial Commons building April 1-12 and in the Eccles Fine Arts building April 15-19.

This exhibit attempts to debunk the claim that what a woman wears leads to sexual assault. It displays a plethora of outfits that victims were wearing during the time they were sexually assaulted. Outfits range from simple sleepwear to full-on sweat suits, exemplifying that no matter what is being worn, anyone is subjected to sexual abuse.

“Clothes can be distracting, but it is not the reason why someone would perpetrate a felony on someone else,” said Elizabeth Bluhm, sexual assault advocacy manager. “Someone makes that choice to do that, and it’s not the victim’s fault.”

Bluhm also touched on other inaccurate myths that should be brought to light. Some of them include:

Sheena Luy, Women’s Resource Center student intern, said she also agrees with what Bluhm was saying in regards to it not being about what you wear.

“We want to let people know it is not the stereotype that the clothing is the reason for sexual assault,” Luy said. “Women can wear whatever they are comfortable in and express themselves in any way they want, although, certain occasions call for certain clothing, so dress accordingly. However, it’s never about what you are wearing when it comes to sexual assault, it is about the rapist, it is never the victim’s fault.”

Florence Bacabac, director of the Women’s Resource Center, said she is excited to have the exhibit showcased and encourages everyone to stop by and give it a look.

“Stop by and look at the exhibit and spread the word with your colleagues, classmates, friends and family,” Bacabac said. “Know more about dispelling the myths of sexual assault while you check out the exhibit.”