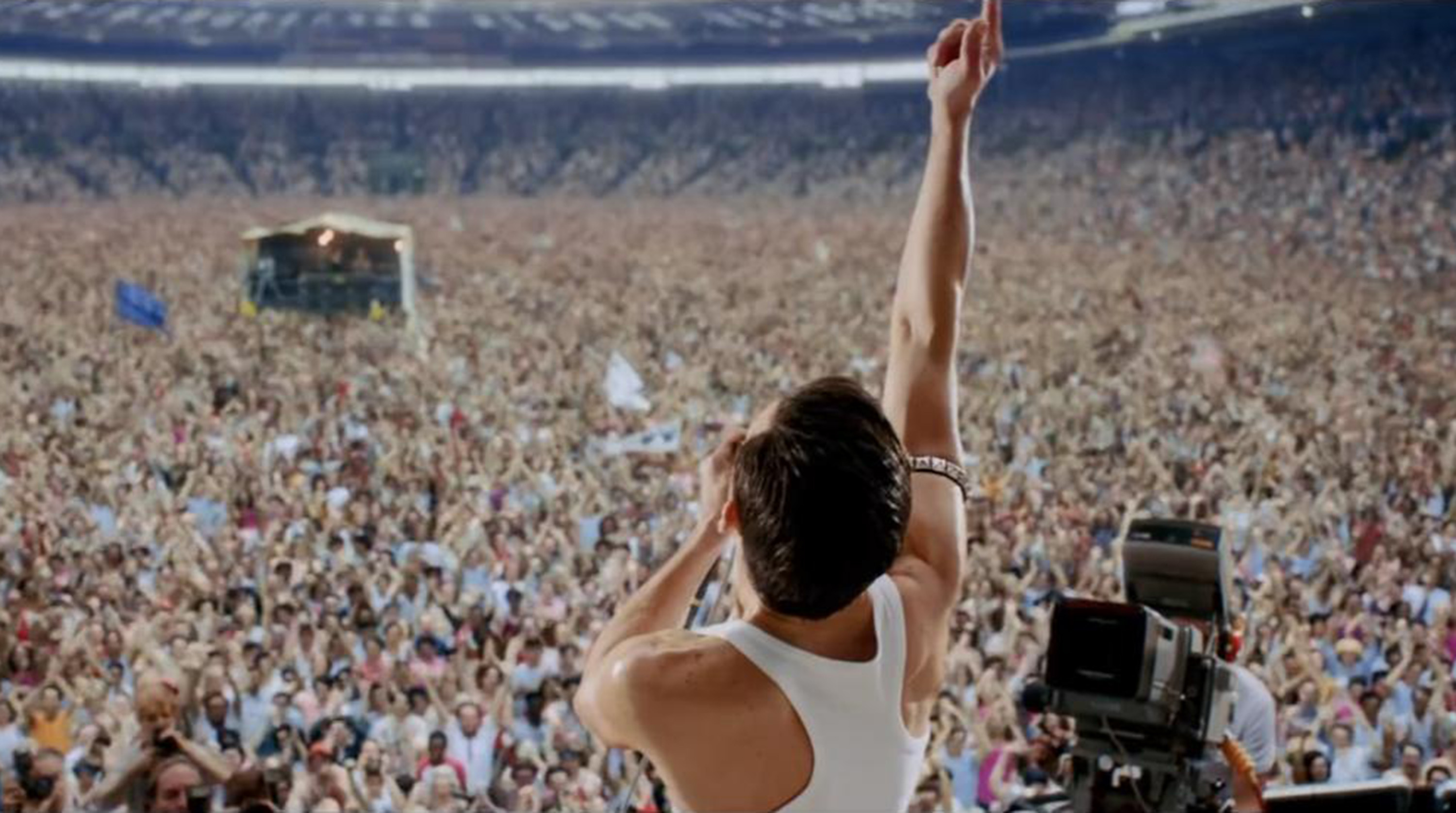 Freddie Mercury lives on today in an iconic masterpiece made about him and his life.

“Bohemian Rhapsody” took home the Golden Globe award in January for best picture and with the Oscars less than a week away, there is a high chance the film will snag the award for best picture.

“Bohemian Rhapsody” provides viewers with an insight into Freddie Mercury’s life and his upbringing as the lead singer of “Queen.” There are differences between the movie and real life, but the movie does a fantastic job of showing a general perspective of Mercury’s life.

Rami Malek’s performance as Freddie Mercury is unbelievable (which shows since he won best actor at the Golden Globes and is nominated for best actor at the Oscars) and the music is unique, being both Malek and Mercury’s actual voice combined into one beautiful sound. Malek puts on the perfect amount of glamour and glitz and even has the prosthetic teeth to go with it to make him an almost exact replica of Mercury. No other movie has been able to pull off a duplication like that (Except maybe Christian Bale in “Vice”, but that’s another film to talk about on a later date).

The movie made over $600 million, making it the highest-grossing music biopic of all time.

Queen  is a classic band everyone is familiar with. Making a movie that focuses on that is something viewers paid to see.

The award winning film has received a fair amount of criticism and awkwardness after one of the directors, who after being fired for not showing up on set, was accused of sexual misconduct after the Golden Globes. This has sparked controversy about whether this film should maintain its nomination for the Oscars.

Although these controversies are present, they should not decrease the chances of this film winning an Oscar.

The music is a big factor in what makes this film so excellent. Classic Queen songs such as “We Will Rock You” and “Bohemian Rhapsody” are heard throughout the film and viewers learn the backstory of these songs and how they came to be. I found myself singing along to every song throughout the course of the film. Those tunes are too catchy not to sing along too. And other viewers feel the same way. The music is iconic.

“Bohemian Rhapsody” has been through a 10-year journey, and after all the hard work put into the film by actors, producers and other directors, the film is well deserving of its nomination. The goal of the film was to stay focused on Freddie Mercury and creating a film dedicated to him and the band. With everything else put aside, how could the nomination be taken away from that?

The movie brings a powerful message that well deserves an Oscar nomination and will hopefully win the award for best picture.

The Oscars air on Sunday, Feb. 24 at 9 p.m. For more information on the other films nominated, visit https://www.oscars.org/.