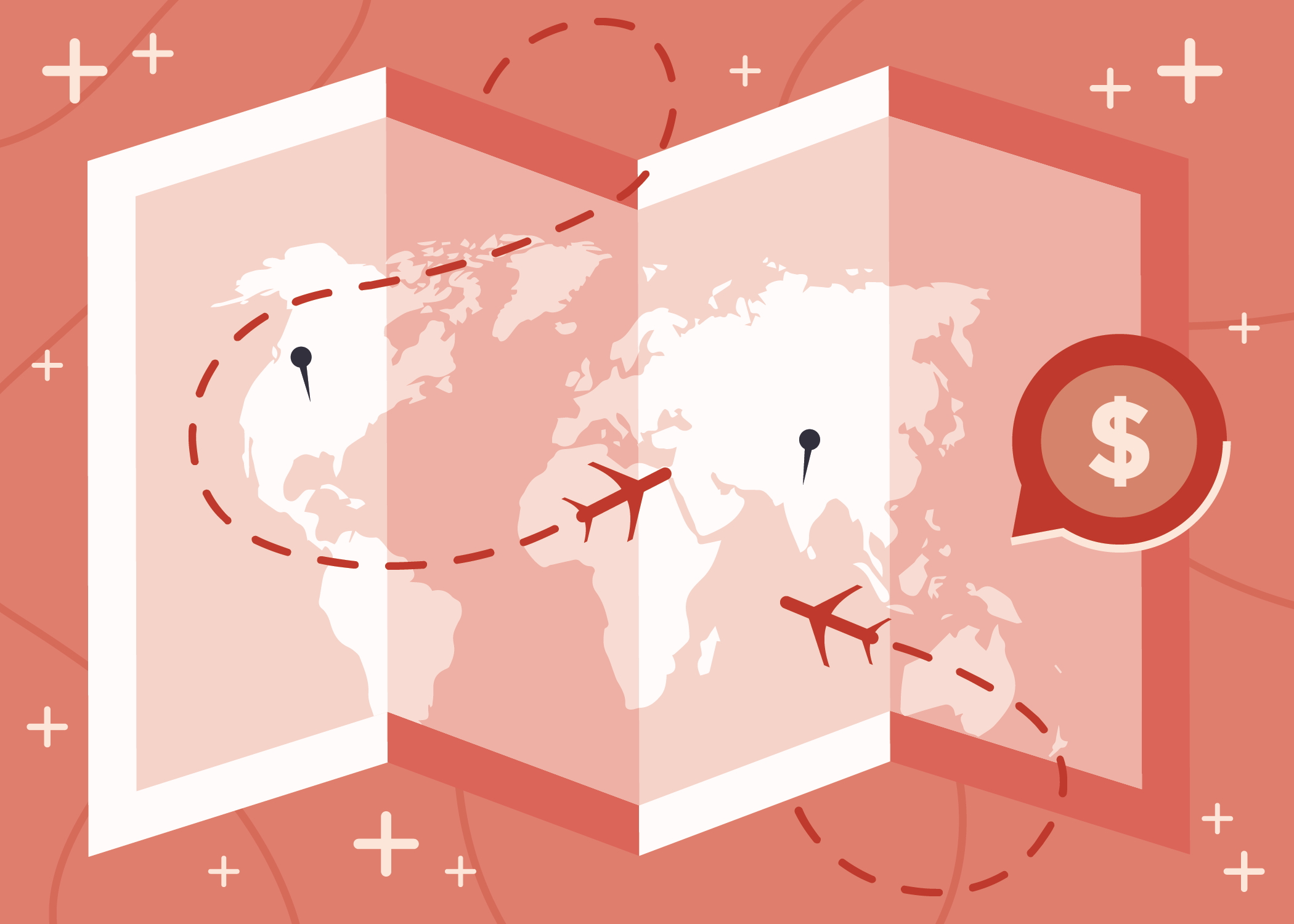 Your friends have invited you to join them on a trip to Hawaii. The thought of tropical weather, beaches, going to a luau and experiencing Hawaiian culture has you itching to go. There is one thing keeping you from immediately saying yes — your budget. Perhaps next year you can go with your friends, unless there is a way to go with them and not hurt your wallet.

Living on a college budget can make traveling to places like Hawaii seem out of reach. However, there are options for globe-trotting students that make a plane, train or bus ticket affordable.

“My best advice for college students traveling on a budget is to be a tourist in their own town,”  said Shantelle Owens, director of academic budget. “Southern Utah is the home to many beautiful natural wonders — get out there and explore the nearby national parks.”

Exploring the area around you is the cheapest form of travel and costs the least. Zion National Park is about 40 miles from St. George according to Google Maps. The drive is under an hour and the park entrance cost is $35 for a single vehicle.

“I know the St. George Shuttle is pretty cheap,” said Minni Wilcox, a freshman digital film major from Gilbert, Arizona. “I’ve gone to Vegas on the shuttle for $20.”

Paying for a trip outside Utah or the United States can be expensive. You aren’t just paying for a plane ticket: You must consider the cost of a hotel and how much it will cost to eat out. The cheapest flight from Las Vegas to London, England, is $650 round trip, not including a hotel or rental car according to search results on travelocity.com. When hotel and car rental were added, the price rose to $1127 and up.

If you want to see New York, the average price for a plane ticket is $300, but can be as low as $280 depending on how early in the morning you are willing to leave according to another search on Priceline.com. Those prices change frequently, so if you are going somewhere like the big apple, purchasing your tickets as soon as possible is a good idea.

Airlines like Jet Blue will offer low fares depending on the day of travel. They were offering a round-trip flight to New York from Las Vegas for $125 if purchased immediately.

Though those prices are reasonable, it may not be plausible for a student to purchase those tickets right away or just a week in advance.

Parker Maybarry, a senior digital film major from Sammamish, Washington, said, “Getting plane tickets six months early, or in advance even earlier than that, can save you a ton of money on air fare.”

Owens said she loves the Instagram page @salty.flights and has found tickets to Europe for less than $300. She said being flexible on the location and dates of travel is key to finding those lower rates. Airbnb.com is another good resource, Owens said.

Airbnb.com is a website similar to Priceline, but allows you to search for homes and rooms for rent during the length of your stay.

“Traveling abroad is more expensive,” Owens said. “I have a separate bank account that I put a little money into each pay check. The advanced planning helps me to be ready for great deals. I also put together a travel budget, with a little extra for emergencies or for fun unknowns.”

Whether you are planning to spend spring break in Utah or sunny Hawaii, plan ahead and know where and when you want to travel so you can get the most affordable rates for your budget. Staying in St. George can be fun too with a plethora of hikes, national parks and cities nearby.