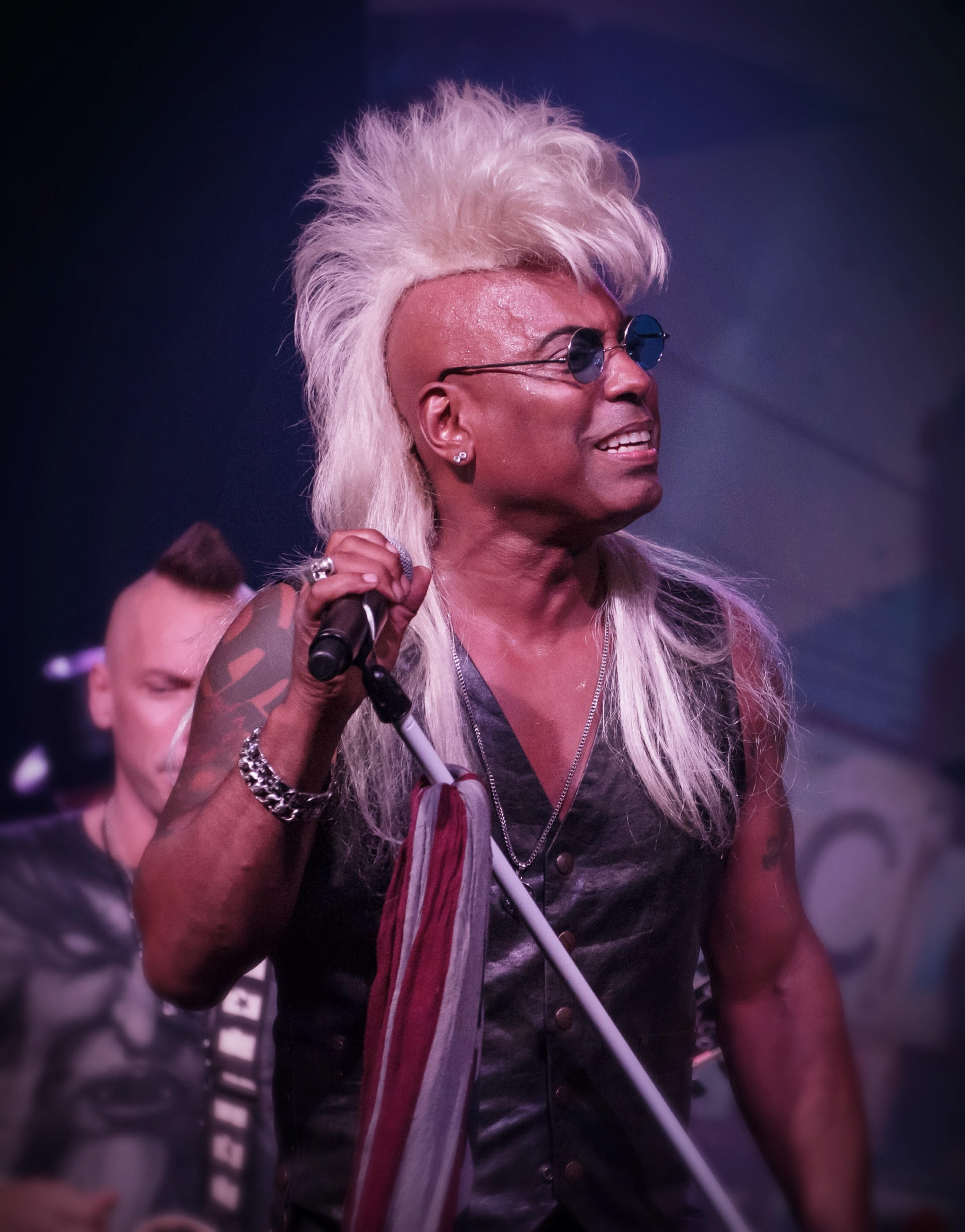 Photo by Brian Kreuser and courtesy of Voodoo Island Entertainment.

In our house, we listen to Kiss a lot. Our five-year-old (we call her Smooch)  loves the band’s classic hard-rocking records from the 1970s, especially “Rock and Roll Over” and “Alive!” But Smooch, a lifelong member of the Kiss Army, also adores the later output, especially ’80s-era tracks like “Lick it Up” and “Crazy Crazy Nights,” which were recorded when Kiss’ founding members Paul Stanley and Gene Simmons embraced the shimmering, pounding sound of glam metal.

Throughout the 1980s, in fact, Stanley and Simmons often wrote and recorded with musicians who weren’t formally in the band, including bass player-keyboardist Jean Beauvoir.

At just 15, Beauvoir had served as music director for Gary U.S. Bonds (a friend of Bruce Springsteen). He had toured as a singer, as well, with the Flamingos (“I Only Have Eyes for You”), an experience that helped him learn, he explained to me back in January, “a lot of things about harmony. I was on stage singing with five guys from the 1950s, from that time where you still had a bass singer going ‘Boom, boom, boom.’”

When he was 19, Beaviour joined the Plasmatics, a punk rock quartet from New York City that found international success with ferocious expletive-flecked anti-establishment anthems like “Master Plan” and “Fast Food Service.” Fronted by Wendy O. Williams, the group became notorious for its live shows, during which Williams went at cars and TV sets with sledgehammers and chainsaws.

Upon the advice of Van Halen’s David Lee Roth, Beauvoir quit the Plasmatics and tried to start a solo career. His bass playing chops, however, were such that Springsteen’s longtime guitarist Miami Steve Van Zandt persuaded him to join Little Steven and the Disciples of Soul, one of the great forgotten bands of the Reagan era.

As the ’80s rolled on Beauvoir’s star continued to rise.

In a New York City club one night, a fan of the Plasmatics, Paul Stanley himself, recognized Beavoir and struck up a conversation. The two clicked instantly over their love for soul music, doo-wop and Motown pop and soon decided to work together.

Beauvoir would go on to contribute to Kiss’ “Animalize” and “Asylum” records, playing bass, singing and co-writing tracks with Stanley like “Who Wants to be Lonely” and “Thrills in the Night,” a fan favorite.

The experience was a positive one. In 2010, Beauvoir told rock journalist Tim McPhate, “Kiss is the greatest rock and roll band of all time. Period. So the fact that I had the opportunity to work with them, it’s legendary. It will last forever.”

Beavouir’s reputation as a go-to rocker with enormous talent got him work as a producer in the mid-1980s, as well. He was hired, for instance, to oversee the creation of the “Animal Boy” album for the Ramones.

“I’d known the Ramones…quite a long time,” he said to me, “all the way back to the Plasmatics days. We’d all been part of the same world. You know: Debbie Harry and Blondie, the Ramones. We all hung out at the same places, whether it be CBGBs or Max’s Kansas City,.”

Beauvoir co-wrote several tracks on “Animal Boy” with singer Joey Ramone and bass player Dee Dee Ramone, among them “Bonzo Goes to Bitburg,” a song that laments Ronald Reagan’s decision in 1985 to visit a German cemetery where Nazis were buried.

Beauvoir said: “I don’t remember if it was Joey or Dee Dee who actually thought up the idea [of doing a song about] Reagan going to Germany, but I said, ‘I like that! This is kind of interesting. Why don’t we work on it?’ I wrote the music…and then we [sat] down together in a room to write the lyrics.” In 2013, “Rolling Stone” cited “Bonzo Goes to Bitburg” as one of the Ramones’ all-time 10 best songs.

Beauvoir also recorded a splendid solo album, “Drums along the Mohawk,” that yielded a hit, “Feel the Heat,” which Sylvester Stallone included in his 1986 film, “Cobra.” He recorded with Paul Stanley again in the late-1980s, too, playing on and contributing songs to the original soundtrack for the horror movie “Shocker.”

Today, Beauvoir still produces other musicians, and he still tours, still records. His connections with Kiss persist, too. Late last year, he gigged with original guitarist, Ace Frehley, at a Kiss expo in New Jersey.

Is it possible Beauvoir at some point will perform with Kiss on the band’s farewell “End of the Road” tour, which swings through Las Vegas later this month?

We can only hope.