Celebrating one of America’s most POP-ular snacks 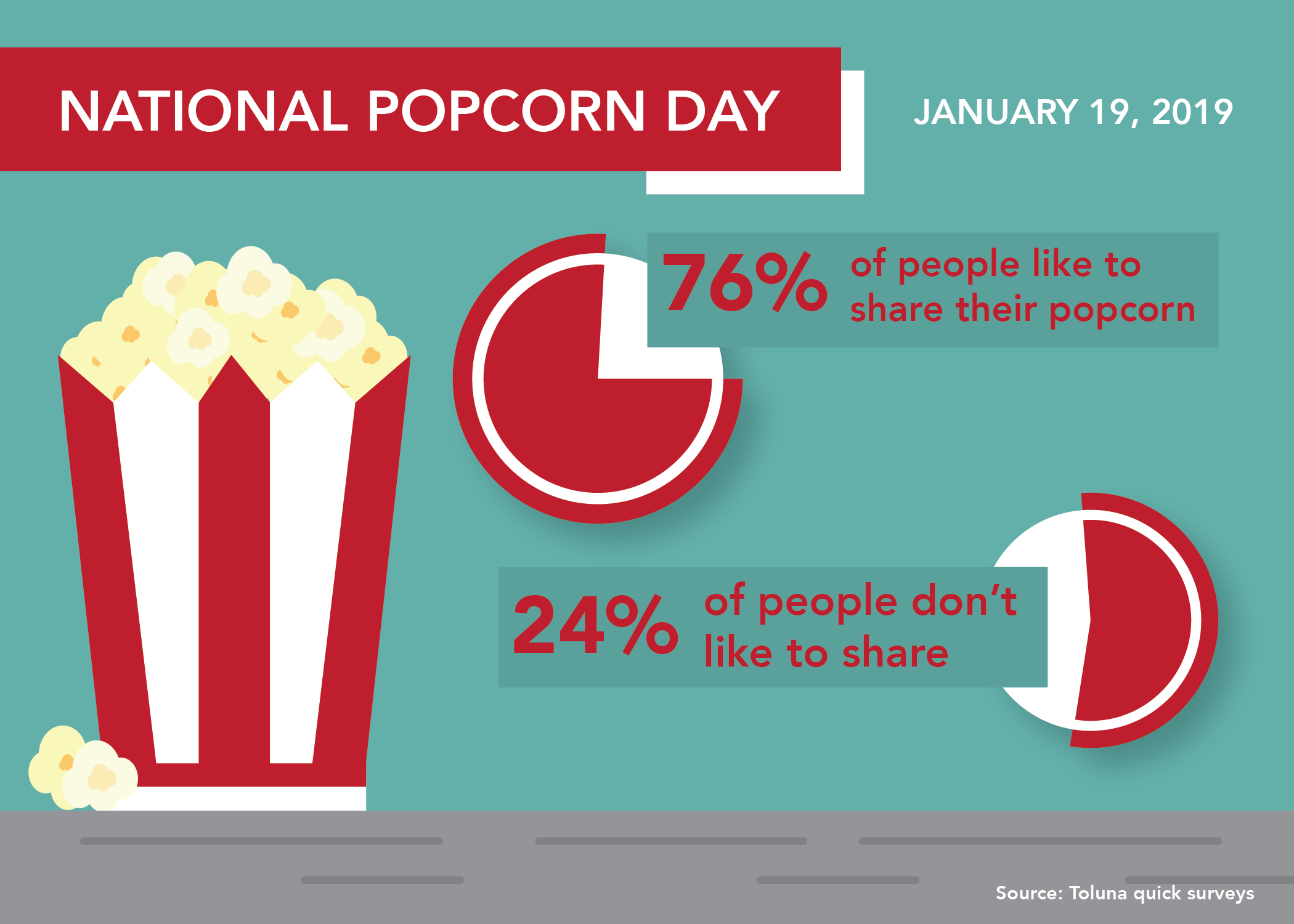 Popcorn is not only a treat you find at a movie theater, make in your kitchen or buy at a baseball game, it also has its own national holiday.

If you weren’t aware there is a holiday celebrating popcorn, you are not alone. Students who were interviewed knew only of the popularity of popcorn, where it can be found, and that it makes for a great snack.

“It’s easy to make, easy to eat,” said Rafe Kitchell, a freshman exercise science major, from Temecula, California. “You can basically have it wherever, as long as you have a way of cooking it.”

Ease of preparation is not the only appeal popcorn has. The flavor is a large part of why the delicious, salty confection is so popular. Yet, the buttered popcorn we know as a popular concession at the movie theater isn’t the only flavor of popcorn.

Ryley Lyons, a freshman elementary major from Salt Lake City, said her favorite flavor is kettle corn because it is sweet and salty and can be found at the store regularly.

Making kettle corn, also known as caramel corn, is one way to sweeten up popcorn. According to gourmetgiftbaskets.com, the treat was originally introduced in the 1800s by two German brothers who mixed popcorn, peanuts and molasses together. This snack eventually came to be called Crackerjacks, and it is still very popular today.

Popping traditional buttered popcorn or baking the caramel variety are not the only flavors one can enjoy on National Popcorn Day. There is also nacho cheese, three-cheese and Parmesan-rosemary, just to name a few. Food Network’s website has a list of 50 different flavors complete with instructions on how to make each – including sushi flavored.

Still, the simplicity of making popcorn or the variety of flavors only serves to explain its popularity, not the reason there is an entire day celebrating it. Perhaps the answer can be found in this simple delicacy’s history.

Recorded history of popcorn goes as far back as 1519, when explorer Hernán Cortés was introduced to it during his exploration of Mexico. By 1945, more than half of all popcorn consumption was in movie theaters. A more interesting fact about popcorn is it has been around for centuries. The oldest evidence of popcorn was found in a cave in New Mexico and was dated to be over 5,000 years old. In Utah, researchers found a one thousand year old piece of popcorn, which still looked fresh. During World War II, Americans ate three times as much popcorn as they did previously.

Americans love to eat popcorn. It’s in our movie theaters being cooked in large poppers filled with kernels and oil, ready for purchase by movie goers. Orville Redenbacher’s famous brand of popcorn has been in our homes and stores for more than forty years, popping in our microwaves or air driven popcorn poppers. It seems there is more to popcorn than simply being one of America’s favorite past times, a fact which does not go unnoticed by those from other countries.

“[It’s] culture,” said Carl Gao a senior design major from Kunming, China. “This is how people [in America] usually do [things], traditions, it’s one of your traditions. That’s what I think of.”

Popcorn is certainly a part of the culture in the United States of America. That can be reason enough to have National Popcorn Day, which is on Jan 19 and to help prepare you for that special day, here are a few other things you can do with popcorn other than popping a large bowl, pouring melted butter over it, and shaking some salt on top.

Make popcorn strings or play popcorn baseball — wherein one tries to flick a piece of popcorn into a basket — guess the amount of kernels in a container, write a popcorn haiku, play popcorn air hockey — the description sounds more like air volleyball, wherein you volley a popcorn kernel as many times as possible without letting it fall to the ground — and doing a popcorn word search using words associated with popcorn. Popcorn.org has a list of other popcorn-based activities to enjoy as well.

Whether traditional movie theater popcorn is your passion, or you want to try the Szechuan recipe-number 21 on the Food Network list, National Popcorn Day is an excellent opportunity to start a new tradition of making different flavors of popcorn or inventing a new popcorn activity.

There aren’t any events in St. George on National Popcorn Day, but that does not mean Dixie State University students can’t get together to celebrate and savor all the fun popcorn has to offer.