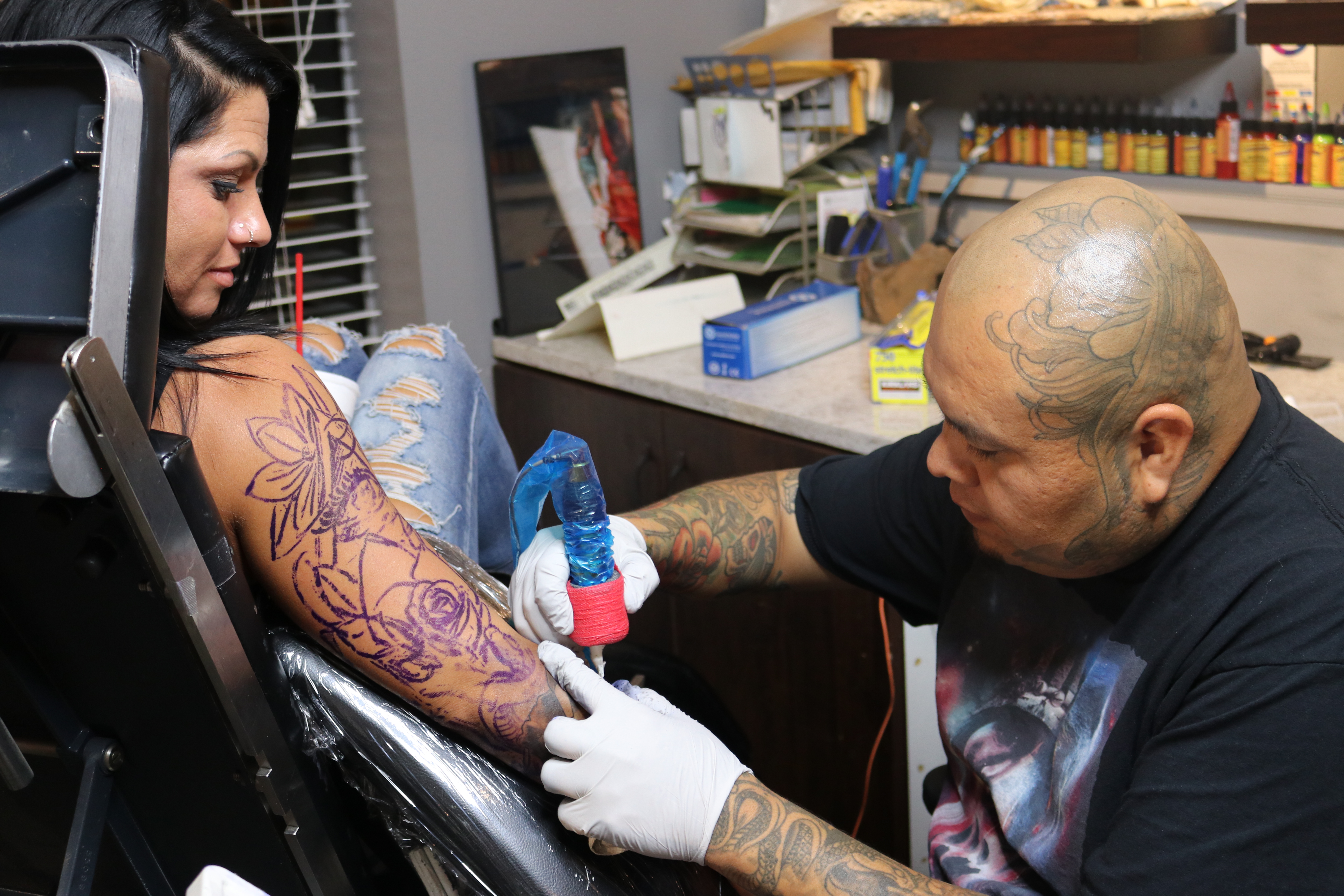 Tattoos were once synonymous with sailors, bikers, gangsters and heavy metal musicians. Now they can be seen on the legs, arms, torsos and backs of students at Dixie State University.

According to Florida’s WPTV in a publication titled Vero Beachside News: “‘If you want to look like a freak, get a tattoo. Or more than one. And if you decide to change your mind and want them removed, count on days and months of pain and anguish—and possible failure. Plus, you’ll probably get lots of job rejections if your tattoos show.‘”

Clearly the news publication echoes the negative attitude that has long followed tattoos and the people who get them: that tattoos are bad and if you get one, you’re somehow a reject of society and getting a job will be difficult.

Jones said she is getting a tattoo placed where it will not be visible. She decided this because she feels that in the career of accounting, there is still a conservative view on tattoos and having one where everyone can see it could be seen in a negative light,  she said.

In an article released in August in Allure Magazine, researchers discovered that individuals with tattoos are as likely to get jobs as people without tattoos and in some instances, they are more likely to get a job.

Apparently, those old views are deteriorating. Not just in the workplace, but here at DSU as well where getting inked has become something of a trend, said Jones.

“[Tattoos] are becoming a cultural way to express an individual self,” said Kyle Rogers, a senior media studies major from St. George. “The reason I have my tattoos is that they’re stories of accomplishments from my life.”

Searching the hashtag “tattoos” on Instagram results in 44.9 million posts supporting the idea that they are a way of expressing yourself.

“I guess it varies,” said Chris Little, owner of Little Savage Tattoo. “Some [get tattoos] for the experience, some [because] it means something to them.”

Rogers said his tattoos are mostly due to his career in the Army and are in commemoration of that time in his life.

When customers arrive at his tattoo shop for the first time, Little said his shop will consult with the customer and talk about their idea and the best placement of the art work. Tattoo shops will do this to make sure it is something the individual really wants to have. Some shops will place a stencil of the tattoo on the customer to see how it looks before the final decision is made, Little said.

As popular as they have become, tattoos are permanent. Jones, Little and Rogers all conclude getting a tattoo should be given a lot of thought whether it’s for sentimental reasons or something you appreciate.

There are a variety of reasons people get tattoos and there are reasons to not get one, said Little. It is important to know what you want and if having a tattoo on your body is truly the way you want to express who you are, he said.