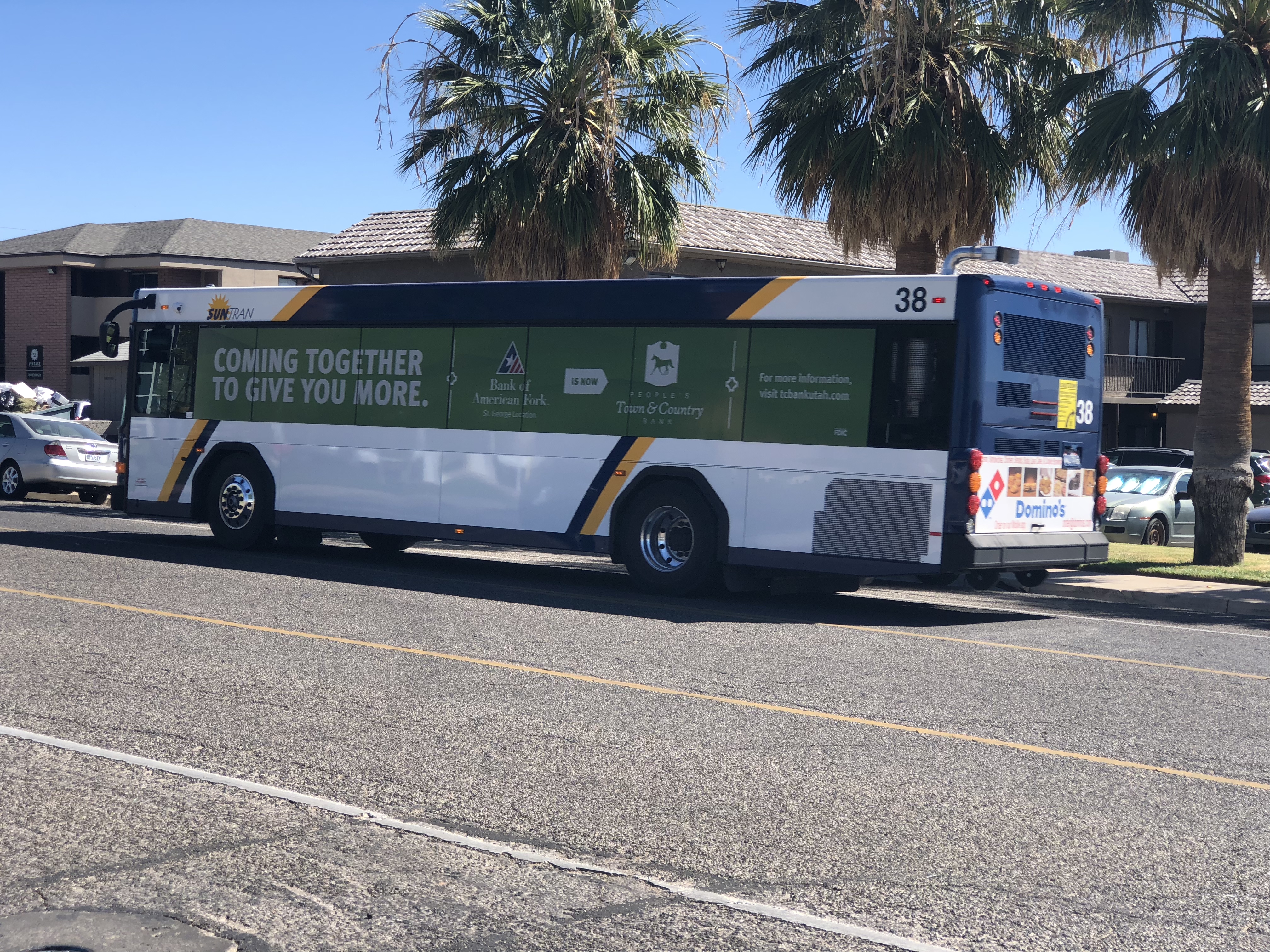 Life is busy, especially in college.

You balance classes, clubs, potentially even a job. It’s a constant stream of travelling from school to work, from work to home, and from home to school again. Maybe you have a car, maybe you don’t, but gas is expensive and cars are hard to maintain. So you decide to start taking the bus. It’s cheaper and easy to access.

Except, it’s not that simple. The public transportation system in St. George is extremely hard to use and needs to be improved upon.

In a city like St. George, good public transportation is an absolute must. The city is built so spread out with businesses few and far between, but the Suntran buses don’t reach near a third of the surrounding areas like Bloomington and Washington Fields. This creates an evident problem; residents living in these areas are either stranded or left walking.

This leads into another issue presented by the public transportation system: the time gap between stops.

There are six busses in St George; Across those six busses, there are 95 stops. While it may seem like a lot, it doesn’t work as it should.

There’s a 40-minute gap between each time the bus loops around to the same spot. That leaves a lot of waiting required for the rider, mostly resulting in either being half an hour too early or twenty minutes too late to whatever event you were riding the bus to begin with. Beyond inconvenient for customers, it’s impractical for a city growing as fast as St. George.

This wouldn’t be as much of a complication if there were other, working alternatives to the bus in St. George. Other cities of St. George size (64.87 square miles), while having similar bus times and routes, have viable alternatives to the bus. Take Irvine, California, for example. While only having around 55 routes, there’s also an Amtrak train system and a Metrolink.

It’s great that St. George has a public transportation system that’s easy to access, but it could be greatly improved upon.