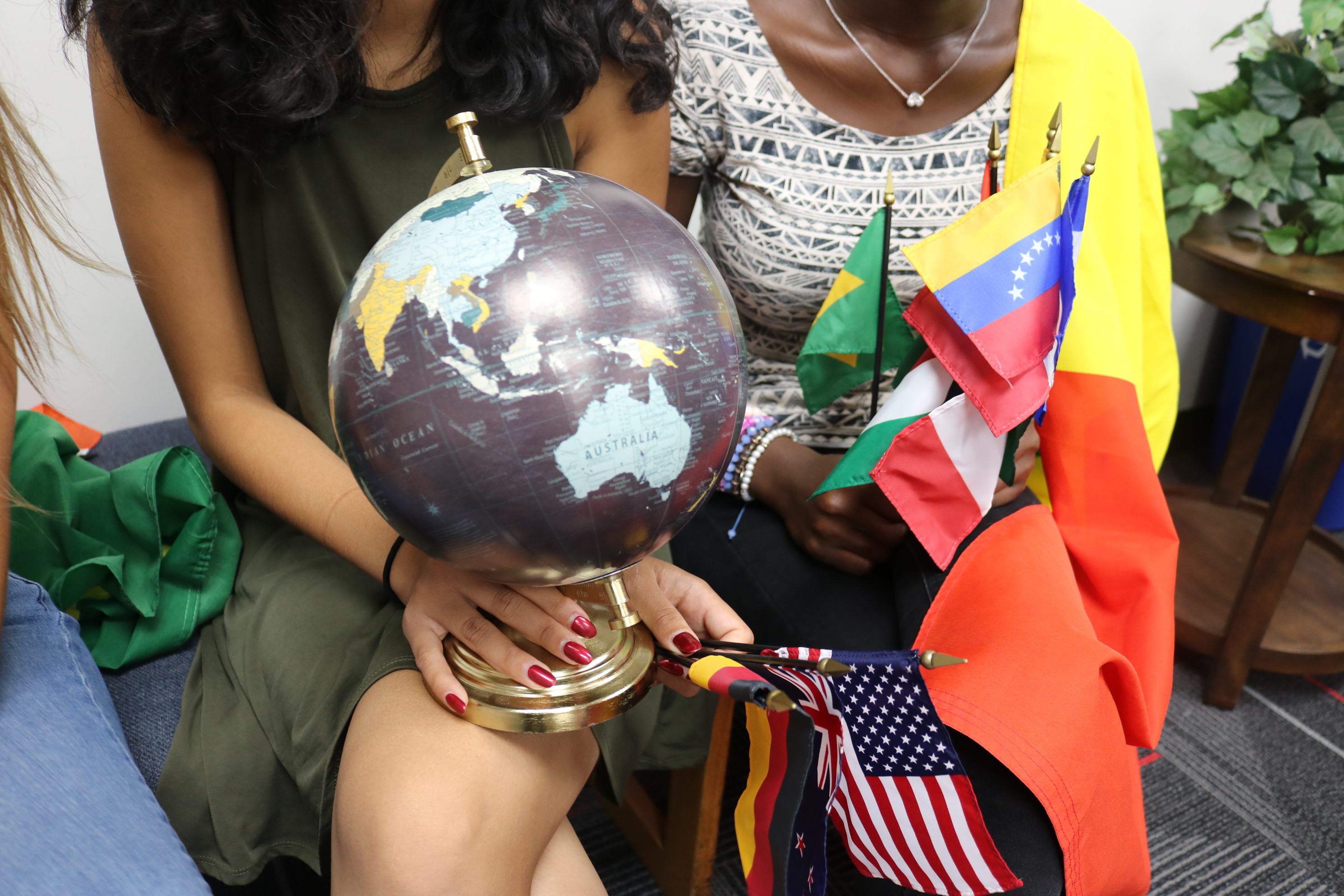 Dixie State University’s International Student Program is a club on campus that is involved in Diversity Week and International Dixie pageants. The top three regions international students come from to attend school are Nigeria, China, and Japan. Photo by Jessica Johnson.

At Dixie State University, international students come for new experiences and to share about their culture.

Denning said, “for this fall semester we received 34 new students, coming from 13 different countries. We currently have 37 countries represented on campus.

She said 30-40 international students come per semester, and about 60-80 students per year.

“We are expecting the numbers to grow even more in the next few years and look forward to having a bigger international student population on campus” Denning said.

Students wanting to apply must be able to fill out the paper work and provide proof of payment before they are considered for the program, Bashir said.

“Without the proof [of payment] we can’t let the students come to DSU,” Denning said. “We want them to be able to focus on their education, rather than financial troubles.”

Min Than, a junior finance major from Vietnam, came to DSU because a relative recommended to her the school.  She came to Utah to see if she would like it here and chose to stay.

Food was different for her as well.

“The food here, in my opinion, is really sweet for me,” Than said. “There are a lot of options for Mexican food which are fine by me because I love it.”

Than said it took her two months to adjust to her new situation and the hot weather.

Things she misses the most are food from home, her family and friends.

Than said the culture in southern Utah is more of a melting pot with people from different countries and different backgrounds.

“I get a chance to learn more things from [the people here],” Than said.

Selena Donaldson, a sophomore psychology major from Calgary, Canada, came to DSU after attending boarding school in Utah for high school. She said she wanted to try something new.

Donaldson said she likes the landscape of Utah.

“I like the land, the hiking,” Donaldson said, “and the warm winters because it is freezing [where I lived].”

She said it took a little while to adjust to St. George.

“Adjusting to St. George was not so hard because it is similar to where I am from,” she said. “The driving is different.”

She said she hates the food here because it’s less healthy, and it’s harder for her to find vegetarian options.

“In St. George, you wouldn’t see people walking,” she said.

She also said she misses her family and friends, and snow.

Donaldson said she like DSU because it’s small and gives her the feeling of community.

“DSU is a smaller campus, so it’s easier to contact your professors,” Luy said. “That’s why I like it.”

Luy said she believes having students from other countries helps broaden perspectives of both local and international students.

“If the campus is diverse, it attracts more students,” Luy  said.

Denning said DSU has attracted students from all over the world, not just from Asia.

One such student is Chelsea Ponce, a senior media studies major from Ecuador.

Ponce said: “People know that I’m not from the USA because of my accent. After hearing my accent, people want to know about where I’m from and the culture there.”