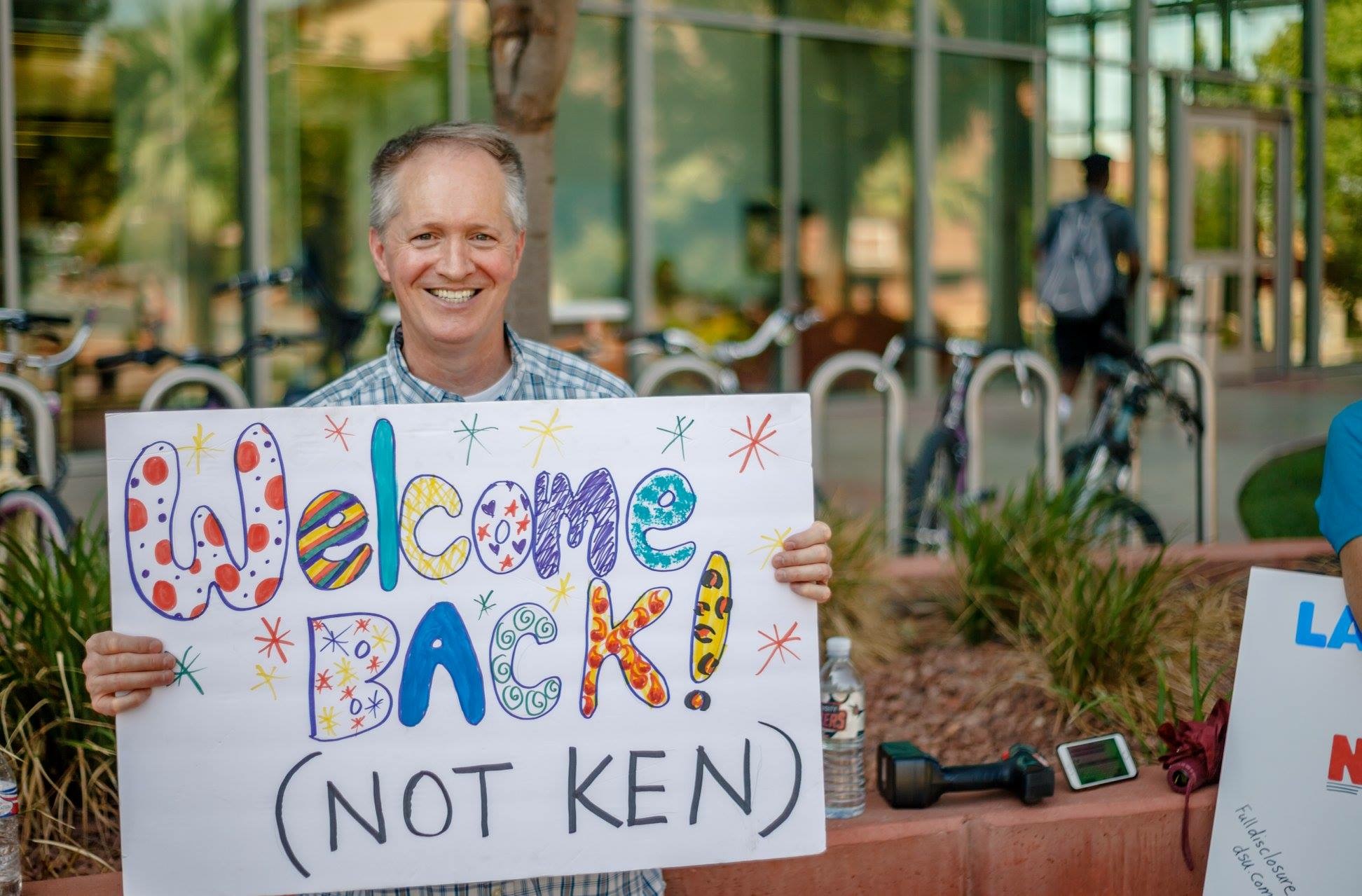 Photo by Jeff Manning, and courtesy of Ken Peterson.

Over the last few months, Dixie State University has been receiving national attention over the status of two tenured music professors that were dismissed last January.

One of these professors, Glenn Webb, will be returning to DSU campus and resuming his regular courses this fall; the other, Ken Peterson, has stepped away from teaching at DSU.

Last spring, Peterson and Webb were both dismissed due to violation of policies, according to a previous statement made by Michael Lacourse, provost and vice president of academic affairs. Over this last summer, the two music professors appealed their dismissal and attended hearings to fight the claims that caused their termination.

At this time, both professors were found innocent by the Faculty Review Board. Peterson and Webb received reinstatement letters not long after, they said. While Webb received a Letter of Reprimand, Peterson received a Last Chance Agreement.

Peterson said the document he received was “punitive, vindictive, disenfranchising and dehumanizing;” he said he “could not sign it.”

Though he had many disputes with the contents of his Last Chance Agreement, Peterson’s main point of contention was his inability to teach his specialty – voice performance. Instead, Peterson would have been tied to teaching general education courses, according to the Last Chance Agreement.

Peterson said: “I have very highly specialized degrees. They qualify me to teach singing.”

Peterson said he also had problems with what he called “ambiguous” and “deceitful” language, claiming his Last Chance Agreement painted him out to be a criminal guilty of inexcusable crimes.

Peterson was also concerned about his first amendment rights, he said, as the Last Chance Agreement prohibited sladerous speech against DSU both vocally and through social media.

“They were trying to strip me of my own voice,” Peterson said.

There has been a lot of uproar about Peterson’s Last Chance Agreement, including a protest on campus on the first day of the new semester. When asked about the reinstatement terms, Lacourse said both Peterson’s and Webb’s letters were “appropriate,” and said “[DSU] followed policy.”

“I think [the Letter of Reprimand] was appropriate,” Webb said. “What they said I did, I did.”

It is widely believed Webb was dismissed last January for discussing with his son, through his campus email account, his impressions of a tenure review meeting.

Now, with these policy violations behind him, Webb said he is “entirely happy to be back teaching music at [DSU].”

Webb said: “[What happened] is a symbol of policy working. An accusation was made, an investigation was done, a hearing was held, the results of the hearing were upheld by the state, and I am back.”

As for Peterson, he said he is excited to move to an “ideal enviroment to raise a little girl and [an expected child].” Peterson said he will also be looking into taking further legal action against DSU.