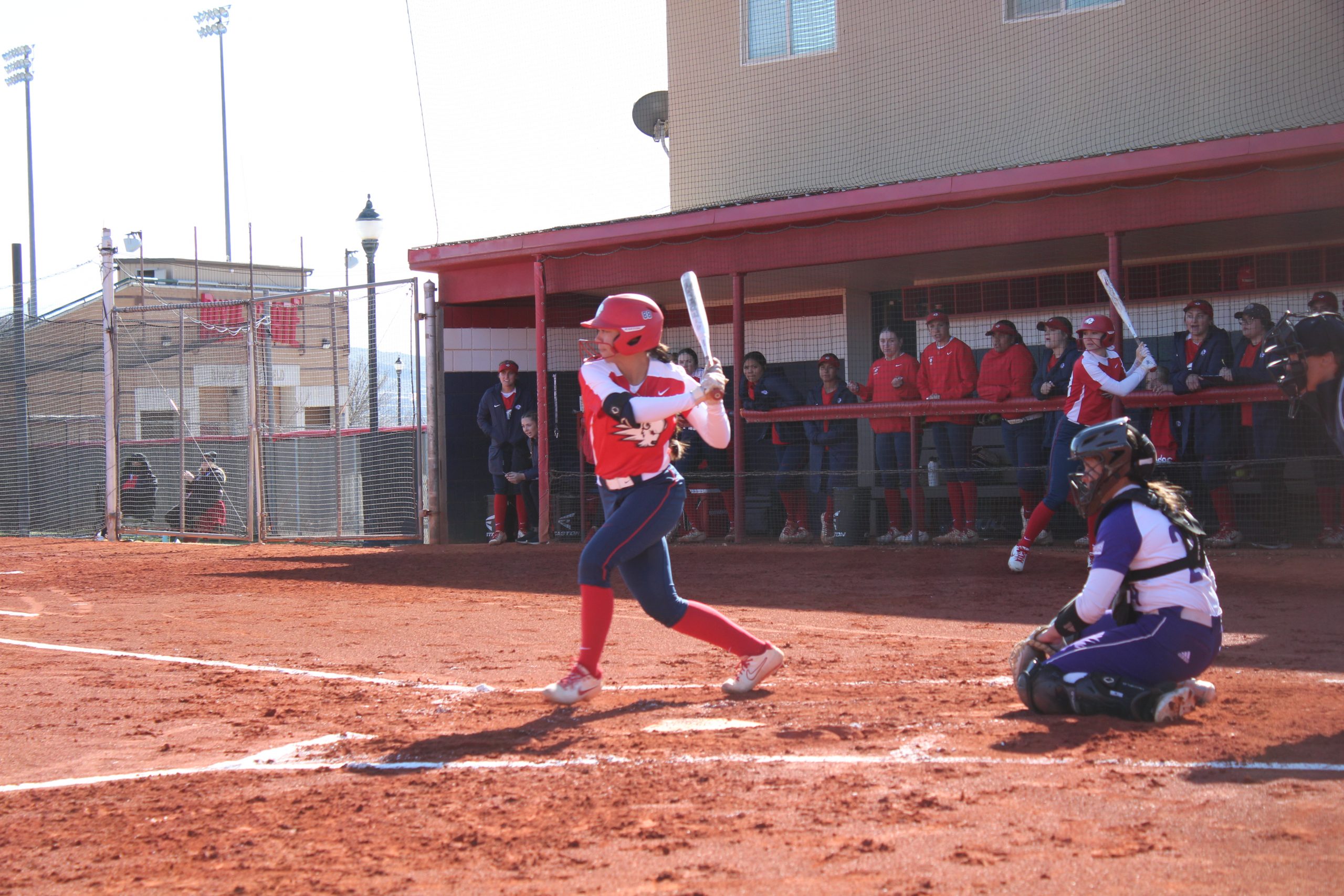 The Trailblazers fought their way to victory in three of the four tournament games on Feb. 24 – Feb. 27.

In the first game of the Dixie State Tournament, DSU played WSU. The game remained scoreless on both teams until the fifth inning. WSU was able to capitalize and score a few runs.

Going into this game, the team knew they could defeat WSU, although WSU was able to capitalize one inning.

Shea Clements, a junior exercise science major from Las Vegas said, “There is always just one inning, not always just for us, but something just slips up and gets us at the wrong moment.”

“Weber State has some good hitters, and as a pitcher, some things just don’t go your way. It’s DI college softball,” Denhart said.

The energy the team took in the game against Nevada is a big factor in the win. The team did not let Nevada score any runs. DSU scored three runs in the second inning and five more in the fifth inning ending the game.

“The team energy helped us to not stop the fight, no matter how cold it is or how delayed the games got,” Clements said.

Denhart said one of the things that worked well in this tournament for her was the ability to stay focused physically and mentally.

“I have been really good at staying in the game. I know it’s been hard for everybody when it’s cold outside and the games are delayed,” Denhart said.

The team played another late and cold game against Winthrop on Feb. 26, and kept the same energy from the night as planned before to continue the win streak.

“If we just keep the energy we had tonight through the rest of the tournament, we got it,” Clements said.

In the last game of the tournament, Winthrop scored one run in the first inning which was the only run they had all game. DSU on the other hand, scored seven runs in the second inning and three more in the fourth inning.

Since DSU was up by nine runs, they did not finish the rest of the innings after the bottom of the fifth.

Head Coach Randy Simkins said the team is continually getting better with different parts of the game. The first weekend when the team was at California State, they didn’t pitch the game well and they were inconsistent hitting the ball.

In the last few games with Utah State University and these tournament games, Simkins has seen good improvement. “We have swung better and we have pitched it better in the back-to-back games.”

The DSU softball team will continue to bring the energy and improve for the next tournament at the UC Davis Tournament on March 4.