‘We trust in the process’: DSU women’s track and field team breaks 6 records 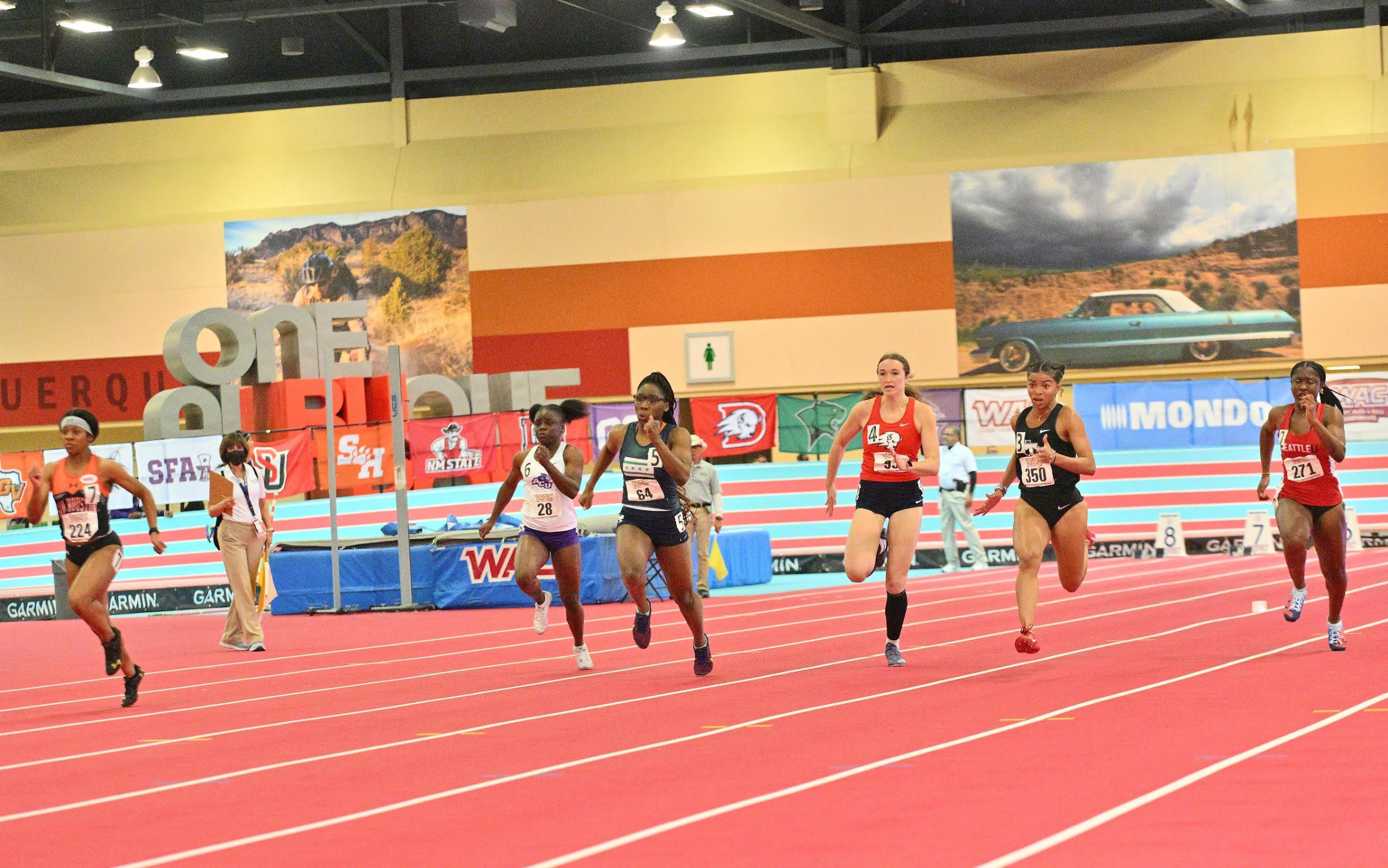 The team competed at the 2022 WAC indoor track and field championships in Albuquerque, New Mexico, Feb. 18-19. The championship consisted of multiple events across the span of two days, 13 of which the Trailblazers competed in.

The Trailblazers started off the record-breaking weekend with the 400-meter event. Addi Wyatt, a freshman pre-medical radiography major from Middleton, Idaho, broke the 400 record finishing with a time of 1:01.36.

Wyatt said her main goal was to beat her own times. “It was not so much about the competition around me, but it was about myself,” Wyatt said. “I knew that I had times I could beat.”

Wyatt prepared for the WAC indoor championship by practicing every day, staying healthy, maintaining a healthy sleep schedule, and balancing her daily activities.

The day continued with Ashlynn Gilhula, a freshman exercise science major from Ontario, Canada, competing in the 60, crossing the line at 7.82.

She said the meet is something the team has been working towards since August. “It was good to see everything click and new PRs set…” Gilhula said.

The first day of the meet concluded with Gilhula setting another program-best time in the 200, finishing with a time of 25.92. Gilhula said she was motivated by her teammates and her coach’s support.

She also said one of her main motivations while competing was herself. “I wanted to show that I belong,” Gilhula said.

On the second day of the meet, Grace Mclaughlin, a freshman criminal justice major from Rockford, Illinois, broke the 3000 record with a time of 10:20.60s. This time is more than 23 seconds faster than the past record.

“For preparation, I feel like it’s mostly showing up for practice every day and the mental preparation of trying to stay calm during the race,” Mclaughlin said.

All in all, the women’s track and field team was prepared for the WAC indoor championship. “We trust in the process. That’s something that coach is really big on… We were physically ready and mentally ready,” Gilhula said.

The Trailblazers also broke records in the 4×400 relay and the shot put.