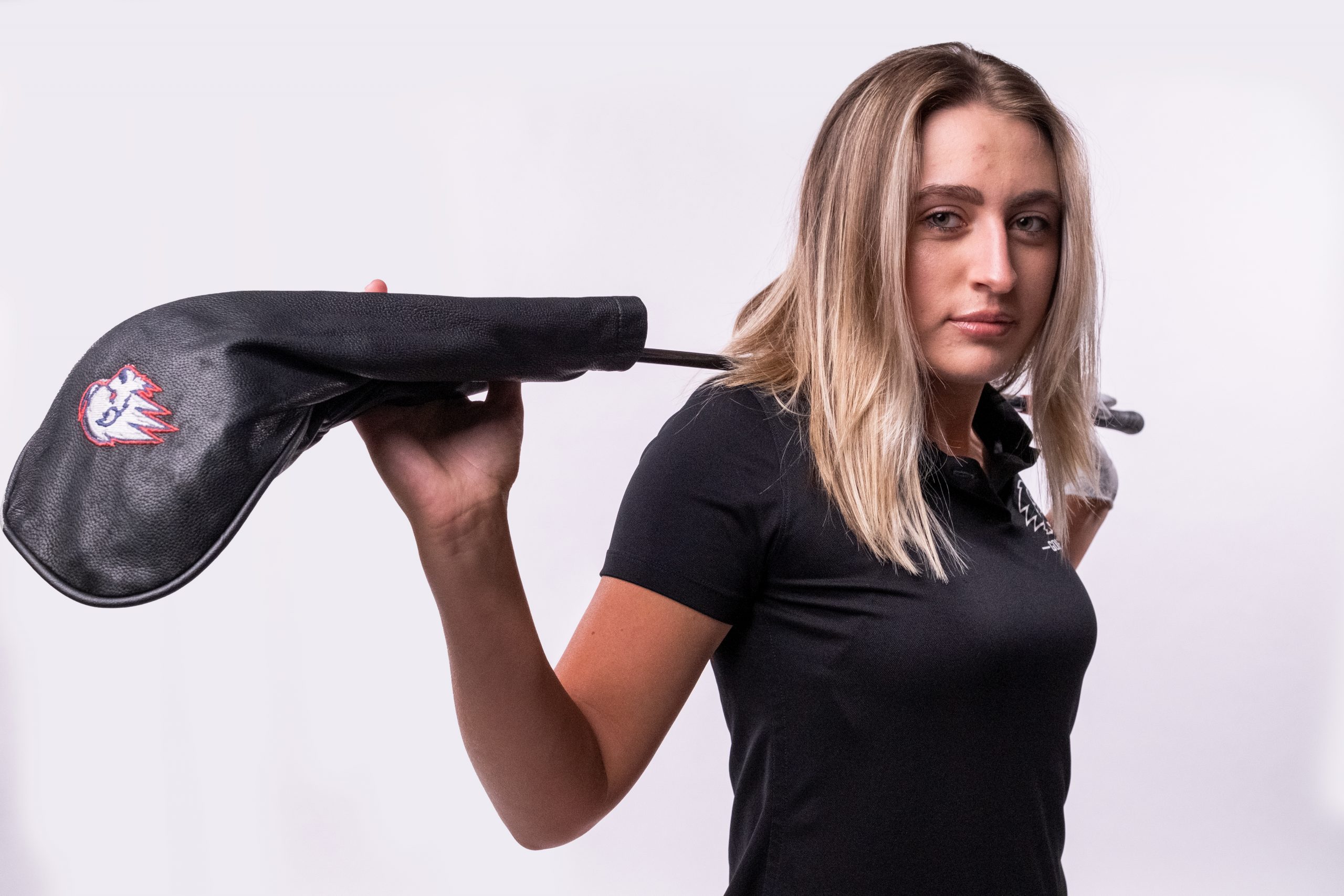 Abby Livingston, a junior healthcare administration major from Novi, Michigan was able to obtain a stroke average at 77.50 in her 14 competitive rounds. Photo Courtesy of UMAC.

The team played at the Jacksonville San Jose Intercollegiate Tournament and took a team placement of 16th out of 18 teams. Abby Livingston, a junior healthcare administration major from Novi, Michigan, and Madison Moss, a junior communication studies major from Highland, finished top two out of the Trailblazers.

Livingston placed t-42nd in the tournament with a score of 240.

Livingston said there were multiple strengths and weaknesses in this tournament that both helped and hurt her score. She said her wedges, irons and putts were solid.

“I was able to make the putts coming back and felt this was a strength in the final round,” Livingston said.

Livingston hopes to keep improving and said she knows she needs to be smarter and take bogeys when in trouble rather than make low percentage shots. With this in mind, Livingston set a personal goal to win an individual title.

“I know I can do it and I have the game for it,” Livingston said.

Livingston has set goals to beat her previous best tournament record of 68 that she set in the Michigan Open last year, and her average by a couple of strokes.

Moss finished the tournament in a three-way tie for 71st place with a total score of 352.

Moss said the tournament wasn’t the best for her but she was happy with her ability to bounce back after her previous back injury.

Moss said her back injury has decreased her ability to hit the distance she was able to before the injury and hopes to get it back up soon.

Moss said this will be her last season in collegiate golf and hopes to get personal records set before the end.

“I would love to beat my personal record for a college tournament of plus-1 this year,” Moss said.

Moss also set goals surrounding her statistics, and she is working on achieving “hitting an average of 11 greens in a round.”

Moss said she is motivated by Head Coach Lindsey Stucki because she, “Expects a lot from us and I could tell she was frustrated with the results of this tournament.”

Moss said Stucki has helped her identify the things the team did well and what they could work on.

“With her expecting great things from us it pushes me to be better and work harder,” Moss said.

The team will take these goals and opportunities to compete at the next tournament at the Grand Canyon Invitational in Phoenix, Arizona on Feb. 28.