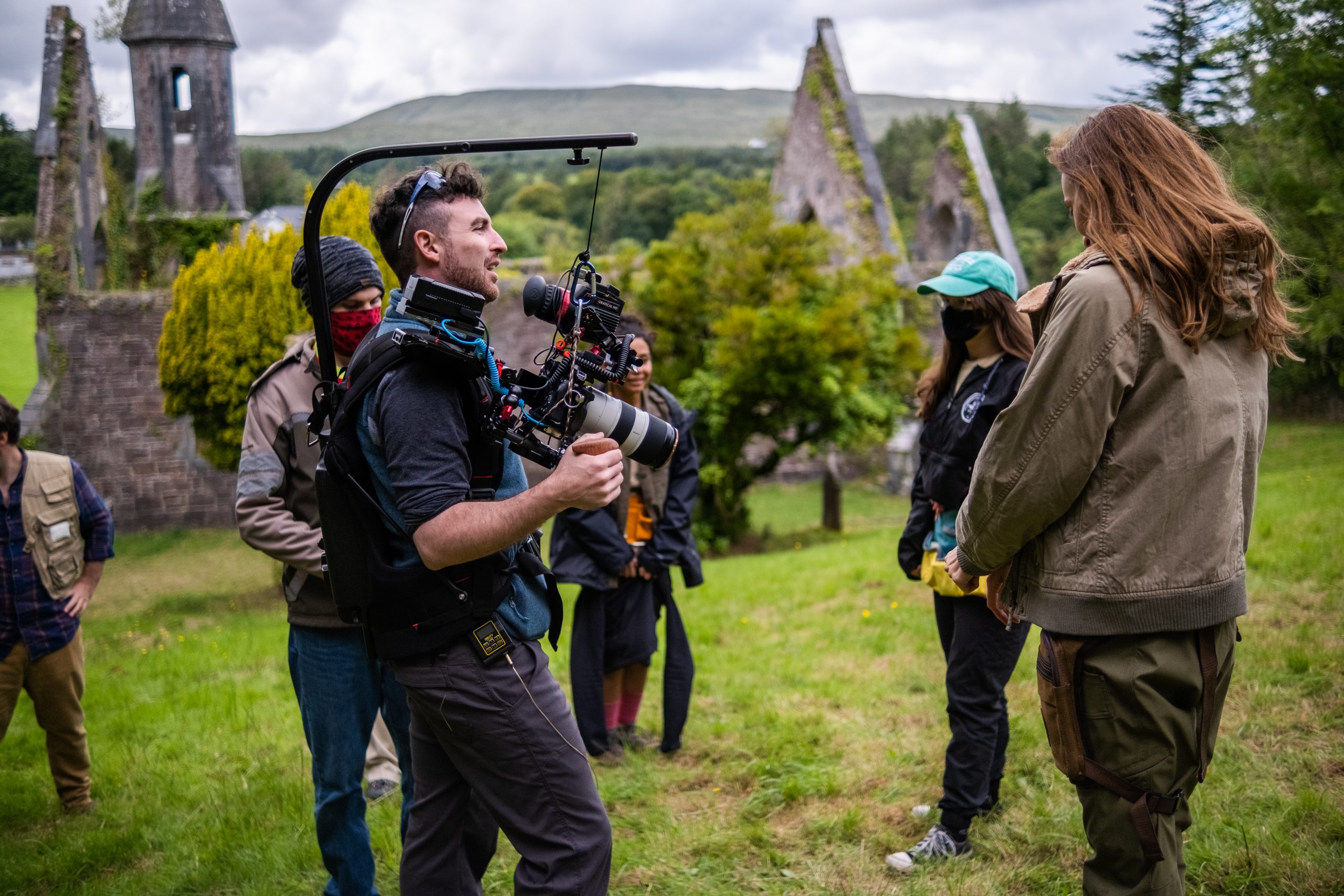 Among the expansive mountain ranges in the heart of Ireland, Dixie State University film students gained real-world experiences while working on a professional film set.

Through an internship opportunity provided by the private production company, Kiyo Films, 16 DSU students along with several faculty members were able to spend a month in Ireland shooting the television series, “Groundbreaking.” The television show, written and created by Patrick Smith, assistant professor of digital film, follows a group of archaeologists as they discover an ancient relic. The show is described as “The Office meets Indiana Jones…meets Ghostbusters…in Ireland.”

Andrea Bustillo, a senior digital film major from Tegucigalpa, Honduras, worked within the production department on set and gained hands-on experience as a production assistant, script supervisor and second assistant director. Filming in Ireland allowed Bustillo to apply what she had learned in the classroom to a film set with professional actors and a seasoned crew.

“Every time that I was on set, it was great for me to just have experience being in that environment,” Bustillo said.

Filming wasn’t without its challenges as the cast and crew had to work around unpredictable and often rainy weather. Smith said students quickly learned to not try to predict how each day would go, and instead tackle problems together as they arose.

“Our set was successful because the people that were on it were so committed to supporting each other,” Smith said.

Jose Molla, a senior digital film major from Valencia, Spain, said the midges, which are insects that look similar to mosquitoes, would swarm the set making it difficult to film. While they tried to work around the insects, Smith said sometimes the midges would swarm in such large groups the cast and crew would have to stop shooting and pack everything up for the night.

Bustillo said despite the uncertain weather conditions and looming insects the experience taught her and her peers how to problem solve as a team. Every department, from production to lighting and art, had to rearrange the shooting schedule on a few hours notice if the weather forced them inside for the day.

“Everyone had to switch gears and be like, ‘What can we do to make this day work?'” Bustillo said.

In addition to the educational aspect of the trip, Wendy Womack, a part-time instructor in the college of arts, said students were able to gain cultural enrichment through interacting with the cast and crew. Around seven different languages were spoken on set and the cast and crew were from nine different countries.

“Students being able to come on and work with industry professionals was just a really unique experience for them,” Womack said.

Outside of filming, students would play board games, listen to music, have dance parties and watch movies to help them relax at night. For both Molla and Bustillo, time spent on and off set allowed them to form closer bonds with their classmates.