Men’s golf team has the “drive” for success 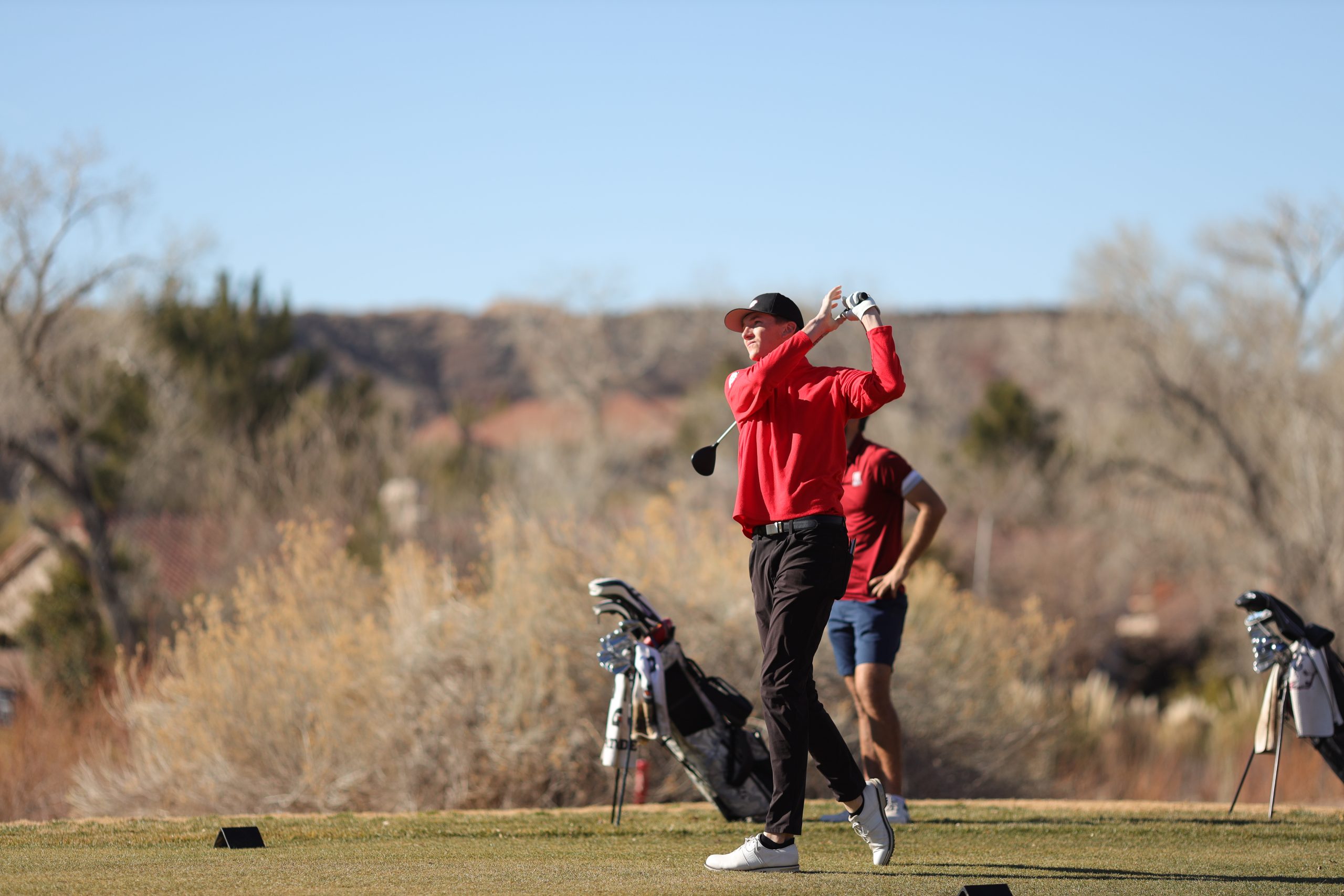 The men’s golf team has kicked off the start of its season with The Southern Utah Pizza Hut Pat Hicks Invitational which started Feb.11th.

With the start of the season, we will be seeing a fresh face on the coaching staff. In October of 2021 Dixie State University’s men’s golf head coach, Brad Sutterfield announced Spencer Dunway will be joining the coaching staff as an assistant coach. Dunway is a Hawaii native and recent BYU graduate.

Dunway, who won the 2021 Hawaii State Amateur Golfer title and a semifinalist for Utah Amateur Golfer in 2019 and 2021, is sure to bring a new perspective to the men’s golf team.

Dunway said, “I feel like we are all on the same page and we have been getting better with communication and the guys know what they are doing and I know we are getting better every time we leave the course.”

Josh Pherson, a sophomore finance major from Kaysville, said, “Practices have gone really well, a lot of the team would go play golf and stay competitive during the off season, we got to build a lot of team camaraderie.”

The new season has given the players a new foundation to practice their individual game since last season, which was a rough season for the players.

Placing 12th out of 15th place at the Pacific Stockton Invitational in October was rough on the team, especially since this was the finishing tournament of the season. The team has been practicing during the off season to improve their game.

Triston Gardener, a junior business major from Ivins, is excited for the upcoming tournament. He said, “We have played quite a bit at Sunbrook as a team and I have practiced there as well. We have a lot of qualifiers and it prepares us all for the tournaments and pressure that comes with them.”

Keeping their players ready for tournaments by applying pressure to them, and doing qualifying rounds is what both Sutterfield and Dunway have done with the team to keep them cool under pressure during tournaments.

Dunway said, “We see what they do in practice and it is a huge difference in tournament scores, so we started to apply higher pressure to get them comfortable, and add more qualifying rounds”.

After the qualifying round, the coaches take the top five players to tournaments. This type of coaching style also aligns with Dunway’s motto: “Leave it better than I found it.” He and Sutterfield have been working hard to get the team ready for this upcoming tournament and upcoming season.

The new season has provided the golf team to fly under the radar and continue practicing while being unassuming to their fellow NCAAP competition. Both Dunway and Pherson are in agreement there has been a lot of foundation laid during the off season with the team improving different areas of their individual golf games. This quiet time has also allowed the team to come together and get to know each other on a more personal level.

Gardener is in agreement with his assistant coach, and said, “I’ve seen a lot of really good things from the guys, and we are only going to get better moving forward.”

Since moving from DII to DI, the team has felt like they are able to get their feet under them. They are excited to prove themselves to other DI teams, the community and themselves.

The Southern Utah Pizza Hut Pat Hicks invitational is Feb. 11-13 and is the season opener for the 2022 spring season.