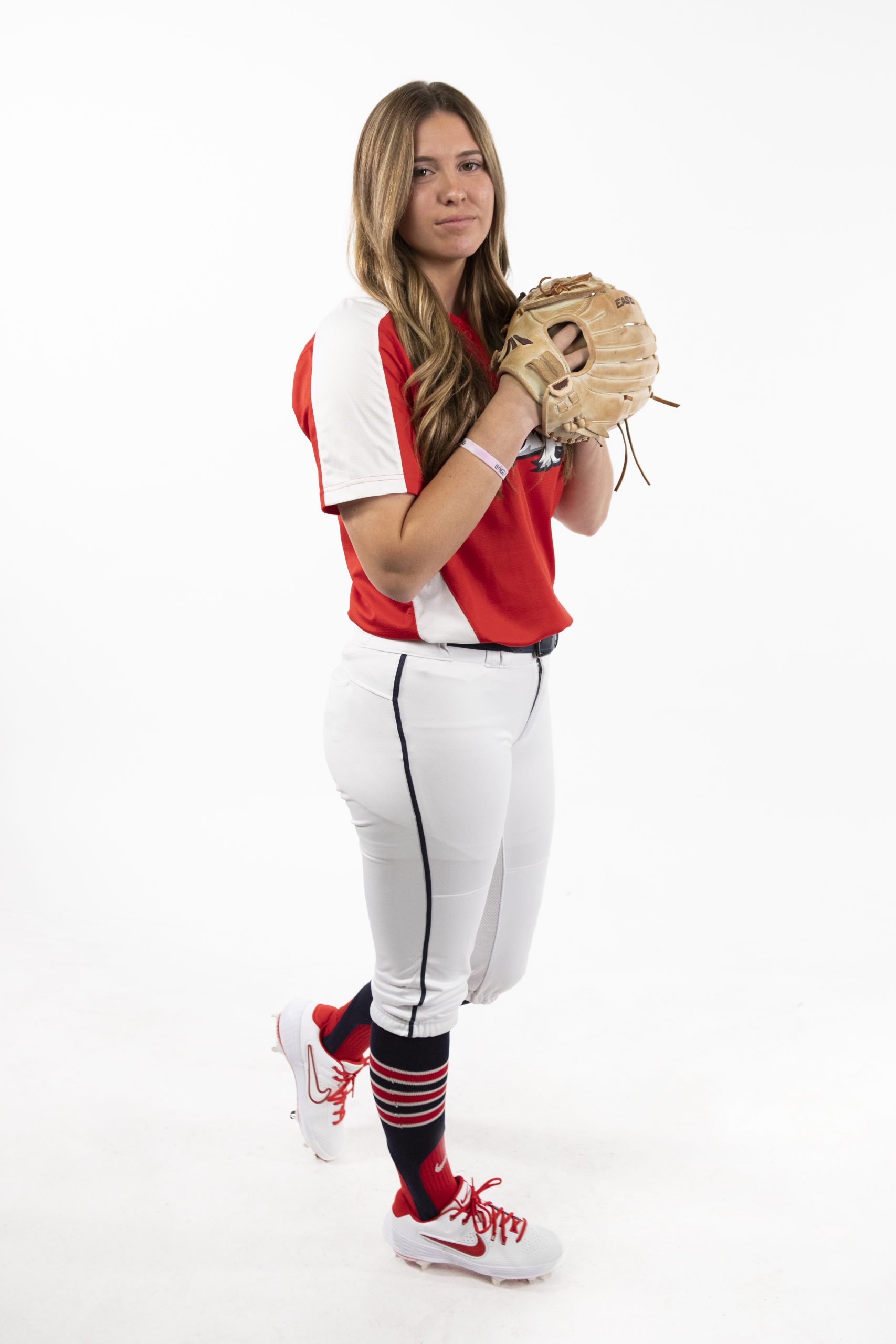 The Dixie State University softball team starts off its 2022 season at its first tournament and the athletes are eager to get started.

Players on the softball team said they are excited and eager to start competing again. They said they are ready for bigger challenges, including playing teams they haven’t played before and getting exposure.

Hannah Hughbanks, a junior recreation and sports management major from Chino Hills, California, was recently named to the WAC preseason all conference team. Hughbanks said the team is excited to be back on the field and compete against teams at a higher level.

Hughbanks said her personal goal for the tournament and this season is to help her team out as much as possible, whether that means to get on base frequently or keeping high energy and motivation.

Hughbanks said the team’s main goal is to win conference, and the way they plan to do this is to come out “swinging early and work as a team.”

Randy Simkins, softball head coach, has goals and expectations to work hard, practice hard and make practice harder than the games will. This includes pitching hard throws at the athletes.

“The hard work, dedication and commitment the team has to each other is a key thing to focus on for this tournament and the rest of the season,” Simkins said.

The mindset of getting better everyday and practicing harder than games will help athletes prepare for the more challenging competitions. Hughbanks said it prepares her and her team for what they should expect at big tournaments like this.

Laura Lockard, a junior criminal justice and psychology double major from Boise, Idaho, said she is most excited for starting out this season with a new team. The team has five new athletes added to the roster, and Lockard is excited to grow closer with everyone and win the WAC championship together.

“If the team gives it their all they will see good results at the tournament,” Lockard said. “I think we could beat every team there as long as we put our minds to it.”

She trusts the hard work and training the team has put in during preseason. “We all work hard after practice, and I think we all put everything we have into it.

The softball team is eager to get out on the field Feb. 10. They are ready for the challenge and to prove themselves to the teams they are competing against.