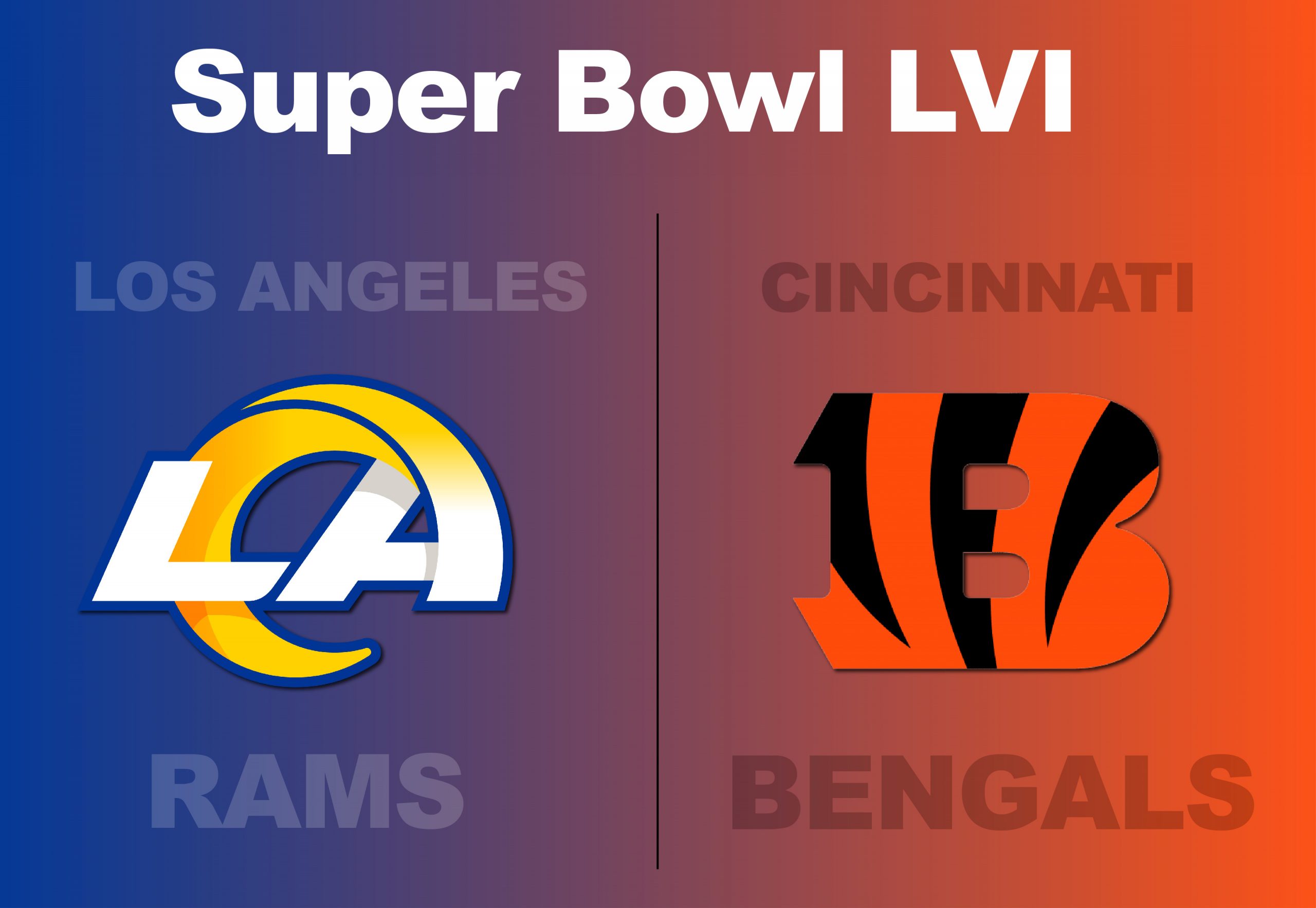 From underdog upsets to overtime game-winning field goals, the NFL 2022 playoffs has been one to remember.

This year’s Super Bowl highlights the Los Angeles Rams at the Cincinnati Bengals. A Super Bowl that I don’t think many expected, including myself. Seeing as how both teams ended as the 4th seed or 4th place in their respective conferences at the end of the regular season. However, what was fascinating to witness was the journey each team took to get to the top.

The Rams, for example, had to beat the Cardinals, Buccaneers and 49ers to make it to the top. All challenging games. They won their game against Tom Brady and Tampa Bay, 30-27 in the NFC Divisional Round in what proved to be a nail-biting game. This game was what turned the tides for me as to who might win it all.

In my opinion, if the Chiefs had beat the Bengals, it would’ve been their Super Bowl to lose. I predicted if they had won, Kansas City would’ve had the best chance and the best remaining team. Once the Bengals came back and won that game, it was pretty clear this Super Bowl is theirs to lose.

Let’s look at what Cincinnati had to accomplish to get here. Casual fans might say their road wasn’t as difficult, but I disagree.

The offense for the Cincinnati Bengals is as fresh-faced as it gets. Quarterback Joe Burrow came back off his first season with the Bengals after having gone a mere 4-12. Coming into this season with basically the same hopes as last year and not having gotten a whole lot better, they blew everyone out of the water when they finished 4th in the AFC.

Burrow reminded us again of the type of quarterback he is this past season. After having watched him play at LSU and win the National Championship, it was very plain to see that the Bengals had gotten themselves a franchise player when they drafted him first overall in the 2020 NFL draft.

You can’t just have a great quarterback to be great. You have to have a group of consistently great players to make it this far. Look at players like Joe Mixon, Ja’Maar Chase, Tyler Boyd and so on. I think that’s the type of impact Burrow has had on this group. He’s helped elevate the play of his entire team because of the leadership he provides.

Burrow also happens to be one of the classiest and funniest guys in the NFL. You can tell when you watch his hilarious postgame interviews, or by listening when he is mic’d up throughout games.

One time after a game, he came in and sat down in a white t-shirt and some multi-colored glasses for the postgame press conference. When someone asked him about the significance of the glasses, he laughed and said: “Oh no, I just think they’re pretty cool. What do you think?” A statement that shows the level of swagger that the Bengals came in with.

Since Cincinnati was ranked 13th in offense and 18th in defense during the regular season, they measured out to be an average team. Normally, average teams don’t win titles. But for such a new and upcoming team to make it as far as they had in the playoffs is the bigger spectacle.

First, they played against the red-hot Oakland Raiders. The game produced tons of highlight plays, but Cincinnati ended up winning 26-19. The next game was at the number one seed, Tennessee Titans. Since the Titans had a bye week the week before, they came in with an advantage, but the Titans offense proved to be no match for the Bengals defense. They threw whatever covers they could at the Titans and were able to break down their plays almost every given time. Bengals won the game in Tennesse, 19-16.

The AFC championship round required them to face the Kansas City Chiefs. This would be the hardest challenge they’ve faced so far, at least for the Bengals Defense.

The Kansas City Chiefs offense is one of the most fluid offenses I’ve ever seen in football history. Every play is a pass or a run for a first down. They were my original pick to make it into the Super Bowl. I had them facing the Bucs, but both my predictions ended up being wrong.

The game ended up being another nail-biter in the second half. By halftime, the Chiefs were up 21-10 on the Bengals. Considering they were playing at Arrowhead Stadium, many (including myself) believed the Bengals wouldn’t make a comeback, given how loud the stadium was erupting. I was on the edge of my seat the whole game, right up to the Bengals game-winning field goal in overtime which crushed the hearts of Kansas City fans across the world.

Burrow is helping his team make its third franchise appearance in the Super Bowl in only his 2nd year in the NFL. They sport one of the best running games in the league, with Joe Mixon leading the way. And by the way, Burrow’s number one wideout receiver, Ja’Maar Chase, also happens to be a rookie who had 81 receptions for 1455 yards during the regular season.

If the Bengals win the Super Bowl, Burrow will be the first player to have won the Heisman Trophy, College National Championship, and the Super Bowl. It would also be the first Super Bowl in Bengals franchise history. That’s just crazy. This accomplishment alone will set him aside as one of the greats and show the type of leadership he can bring to a team and showcase the franchise player that he is.

The Bengals deserve this win. Throughout the season, they worked in silence. Waiting patiently for their opportunity to arrive. For a team that had tanked so bad over the years, only winning a total of just six games in the two years leading up to this season, it’s jaw-dropping to believe they’ve come this far.

Given that the Rams were in the Super Bowl in 2019, it was easier to expect to see them in the Super Bowl over the Bengals. Although, the race for the NFC this year was a close one. I personally had the Bucs and Packers beating whatever teams they faced, but boy was I wrong. Both teams ended up losing to their respective underdogs at home.

While the Rams may have all the flashier names, I believe that Burrow will lead the Bengals to a victory and be the one hoisting the trophy over his head at the end of the night.