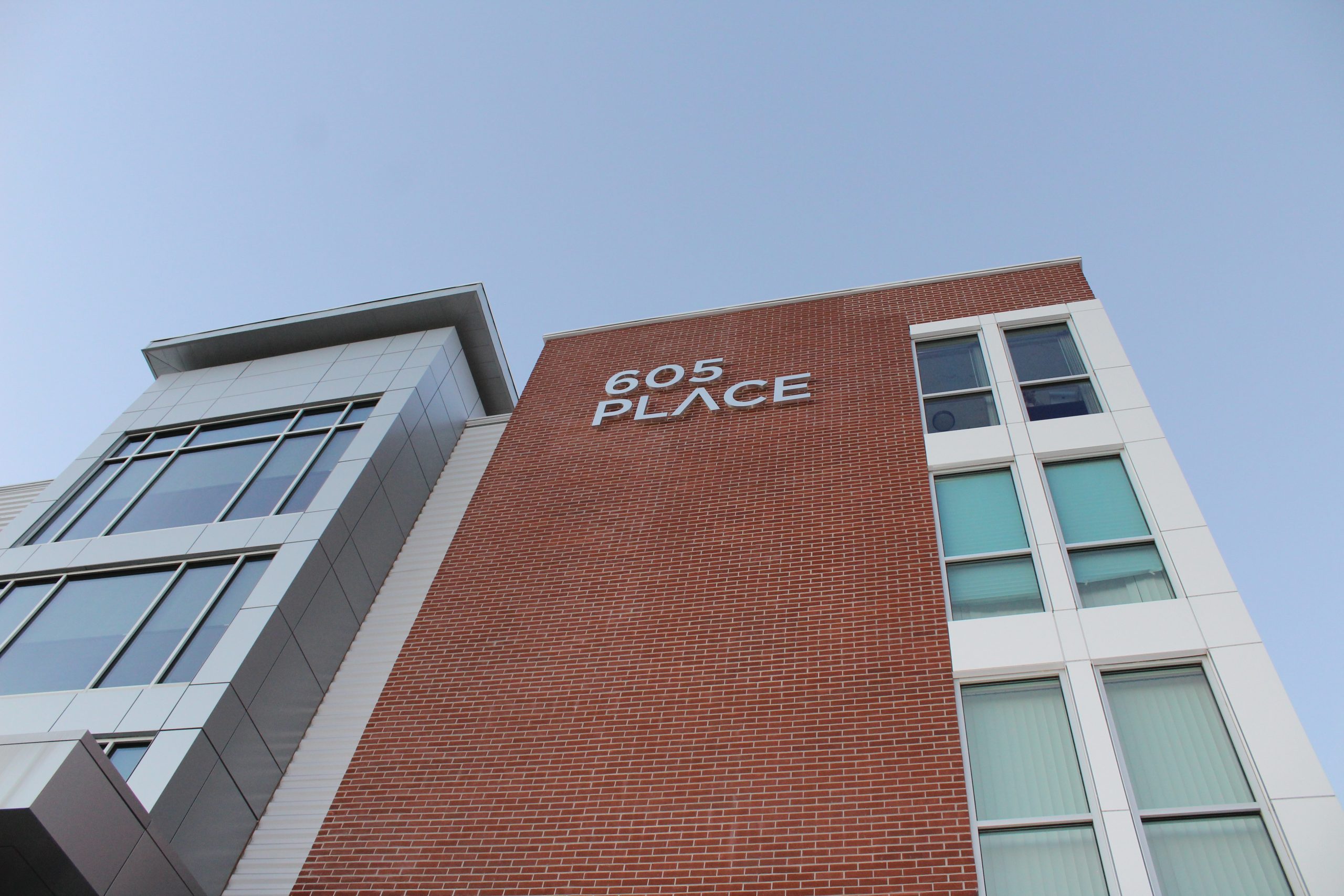 Tragic incident takes place at the 605 Place apartments near campus. A young woman was hospitalized after falling from the second story balcony. Photo by Trey Urban.

A 22-year-old woman is hospitalized after she fell off the second story balcony of the 605 Place apartments at 1 a.m. on Saturday.

Police were initially called to the 605 Place student housing apartments to deal with a noise complaint involving alcohol and marijuana, and were then directed to the woman who fell.

Tiffany Mitchell, public information officer at St. George police department, said, “From where she fell, because of the ground being dug out because of basement apartments, it ended up being like five stories so it was aways for her to fall.”

According to the St. George News report on the incident, Tyrell Bangerter, SGPD sergeant, said the female was seen falling from the balcony. Once they got to the scene she was breathing, but unresponsive and suffering internal injuries.

Mitchell said: “We found out about her falling [and] they secured the scene and called out investigations and made sure medical was coming. They stayed with her and made sure she was breathing and then once she was transported and taken care of then they [investigation team] investigated, obviously as to why or how she fell out of the balcony and what crimes were committed.”

It is still unknown as to why the woman fell off of the balcony in the first place.

“We are going to look at what crimes were committed during the course of this, so with this I know there were some drugs involved at that apartment and maybe some under age drinking,” Mitchell said.

Also in the St. George News report, Bangerter said there were four males and one female in the unit the woman fell out of. The males were charged in connection with a minor consuming alcohol and possession of marijuana.

Mitchell said since everyone involved with the incident is an adult it is hard to say who is at fault because they are of age to make their own decisions. However, when alcohol is involved an individual’s decision making is not the best and this leads to consequences.

“If there is going to be alcohol involved, secure the door out to the balcony so that it is not even accessed because sometimes [when] people [are under the influence] their decision making isn’t the best so eliminating the possibility that they could fall and keeping an eye on each other,” Mitchell said.

There is more information to come as the investigation continues including interviews, determining specific crimes and whether it was an accident or who is at fault for the fall.