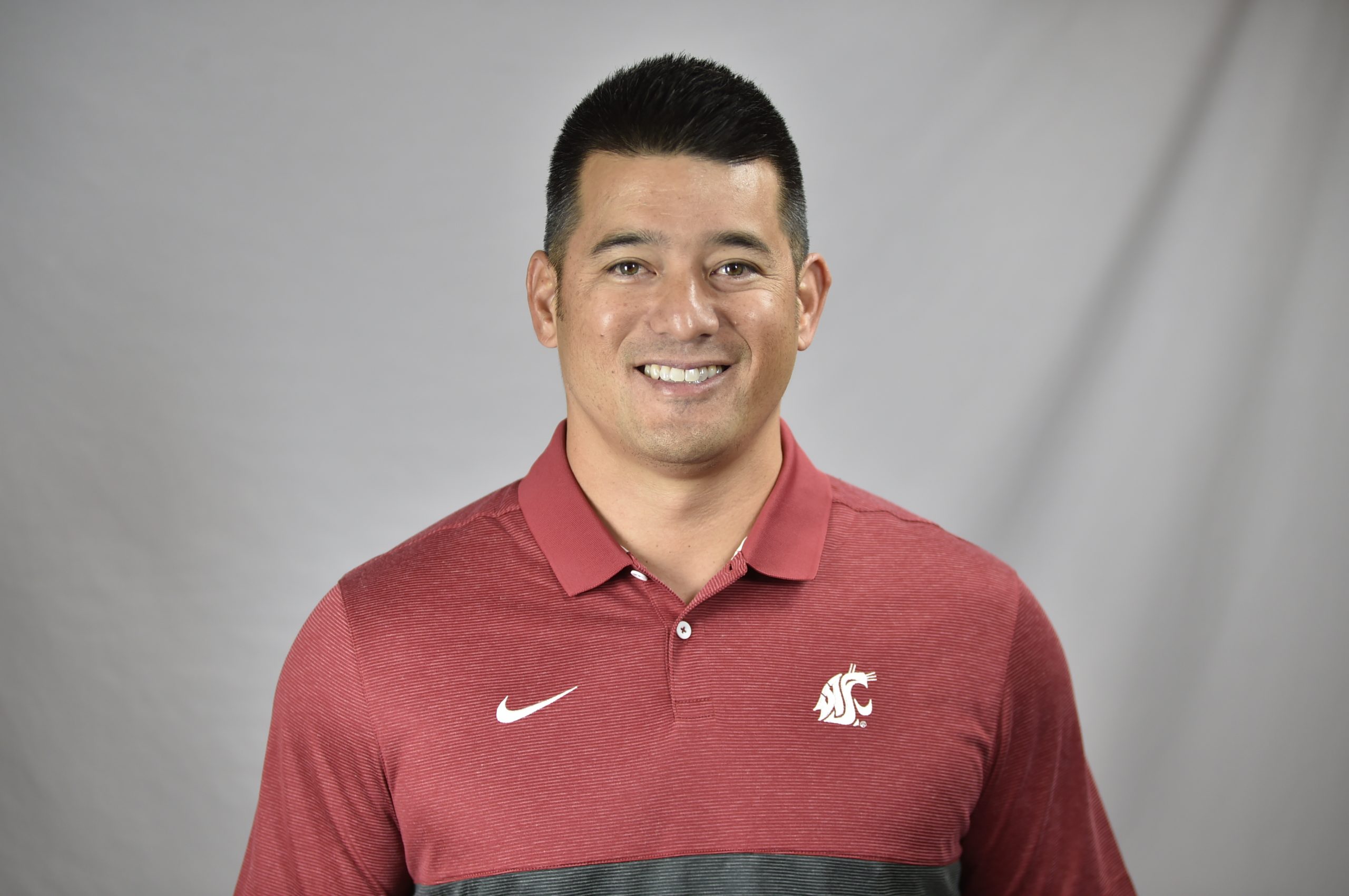 Dixie State University had a tough first full season in Division I football. With the sudden opening of the offensive coordinator position, the program saw an opportunity to make a change.

This change is coming in the form of a new offensive coordinator, Craig Stutzmann.

Stutzmann played four years of collegiate football at the University of Hawaii. After a brief stint in the Canadian Football League, Stutzmann got his first coaching position in 2003 and has been a coach ever since.

After Stutzmann’s disheartening single season in the CFL, he was ready to move on from the game of football, even after being approached by his agent with an offer to play in the Arena Football League. The CFL just wasn’t what he expected it to be, causing him to lose interest in the game entirely.

“It left such a bad taste in my mouth,” Stutzmann said. “You know what, I’m done playing football, I’m going to get into something else.”

Stutzmann returned home to Hawaii in search of a new career. After bouncing around for a year or two, he was approached by a former teammate, and the current defensive line coach at the University of Oregon, Tony Tuioti. Tuioti had gotten a head coaching job at Kalaheo High School, and wanted Stutzmann to come help out.

“I told him I didn’t want to, but I ended up going to a practice and helping them out just to get stuff started for them,” Stutzmann said. He fell in love with coaching and has been doing it ever since.

Washington State and Hawaii, Stutzmann’s most recent coaching jobs, have been two of the most prolific passing offenses of the last decade in college football. As the quarterback coach at these schools, he played an integral part in their success. He is excited to implement his offense, coining the “spread and shred.” Inspired by the “run and shoot” offense, this new offense was brought to life while Stutzmann was coaching at Emory and Henry, a small Division III college in Virginia.

“I think there are some things that the run and shoot lacks that this spread and shred type offense can bring to the table,” Stutzmann said.

Stuzmann’s tenure at Washington State University ended due to a firing over vaccination complications. Stutzmann, along with four other members of the WSU football program, were fired for not complying with the mandate that required all employees to get a COVID-19 vaccine. He is ready to move on from this controversy by getting back to what it’s all about, football.

“What happened at Washington State was unfortunate,” Stutzmann said. “I am very blessed to have the opportunity to have another job from coach Paul Peterson, and to get back to what it’s always been about, being around and coaching and mentoring young men.”

Stutzmann has always been intrigued by coaching at DSU. With family close in Las Vegas and the great weather, DSU made sense.

When asked what his goals for next season were, Stutzmann had a simple answer.

“Win more football games, winning football games is the most important thing on the field,” Stutzmann said. “Whatever our offense can do to contribute to the overall success of our team we’re going to do.”

For head coach Paul Peterson, the decision to hire Stutzmann was one that came from respect for his work.

Quarterback Kobe Tracy, a redshirt freshman mechanical engineering major from Chubbuck, Idaho, said he is excited to see what changes Stutzmann will make for the team.

“First of all, Coach Stutzmann seems like a great guy, I have heard a lot about the offense he is bringing in before he got here and sounds very exciting to be a part of from a quarterback’s perspective,” Tracy said.