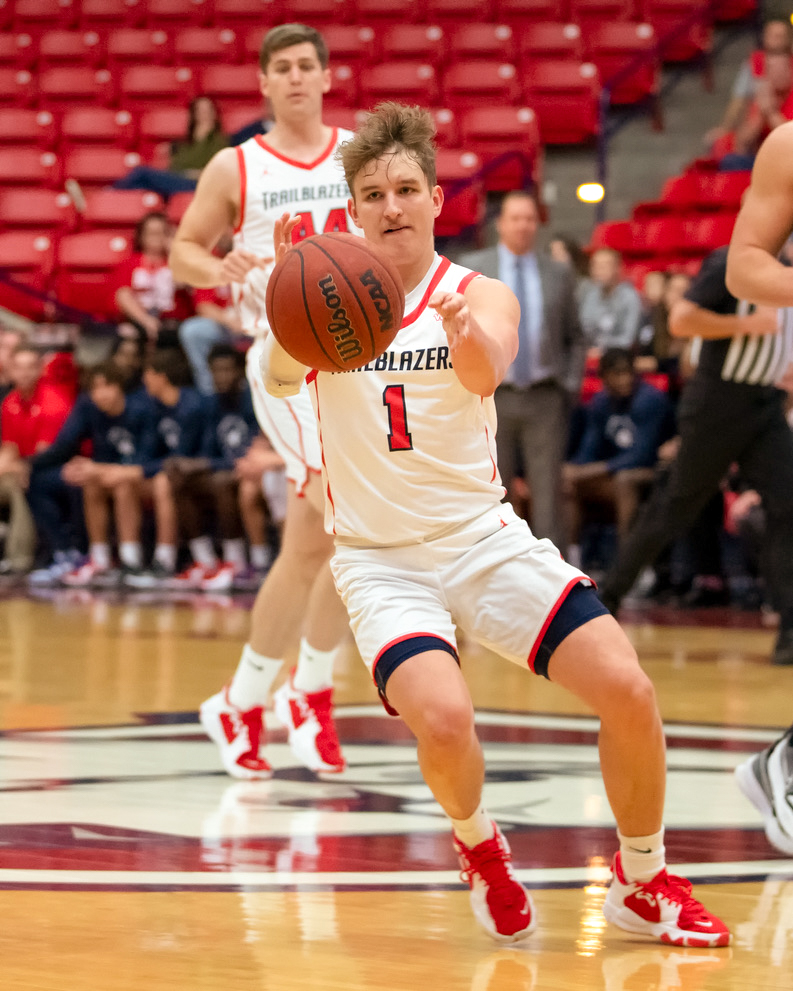 Brock Gilbert, a junior business major from Syracuse, is number one on the men’s basketball team. In his first season as a Trailblazer he has had two starts and played over a total of 18 games. Photo courtesy of DSU athletics.

Dixie State University’s men’s basketball team continues to improve this season with a record of 11-10.

The DSU men’s basketball team defeated both University of Texas Rio Grande Valley and Chicago State on Jan. 22 and Jan. 29. These two wins brought the team’s record to 11-10. So far, the team has had more wins this season than the previous season. The 2020-2021 record was 8-13.

On Jan. 12, the DSU men’s basketball team played California Baptist. The team was down eight points with 1:33 left and were able to close the deficit.

Brock Gilbert, a junior business management major from Syracuse, said team has many talented players and are all capable of putting up points any night. Gilbert also said the team is unselfish and has the ability to control the game when they play good defense.

In the UTRGV game, four Trailblazers scored in double digits. The team was up 50-33 at half time, and concluded the game with a score of 85-74.

Cameron Gooden, a junior recreation and sports management major from Frisco, Texas, said, “Everybody just looks out for one another, and we hold each other accountable.”

Gooden also said he can tell everybody is in way better sync than last season as well.

Judkins said, “It’s been fun coaching [the team], they are very coachable and they try hard. As a coach, all I can really ask is for them to pay attention and give me everything they have, and these guys have done that.”

“We have to come out there and execute the game plan, buy in, and the rest of the season is looking real good,” said Gooden.

Judkins said the team pushes the ball up the court, plays lockdown defense and shares the ball.

“It’s exciting to see that we are getting better, and I think we still have a ways to go, but I see improvement and I’m excited for that,” said Judkins.