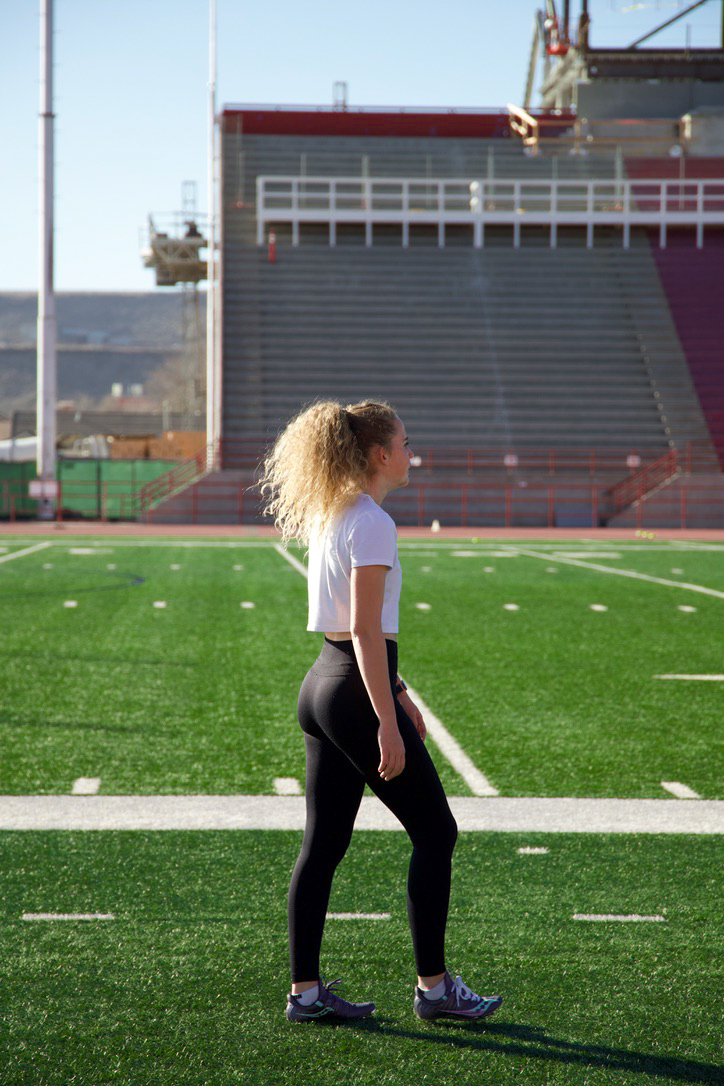 Sadie Edwards, a freshman general studies major from Provo, recently set one of the school’s records at their meet on Jan 21. Edwards set a record of 1:02.24 on her 400-meter dash at Northern Arizona University. Photo by Annie Sorensen.

Jacobsen said she was surprised when she found out she had set a record because it is not her best time. She is already showing improvement and is ready to beat the record the next chance she gets.

Jacobsen said her personal goal for the end of the season is to set a mile record for herself at 5:20.00.

Breaking the second record of the meet, Addi Wyatt, a freshman pre-medical radiography major from Middleton, Idaho, set the school record for the 400 meter dash at 1:02.13 at her first meet. Wyatt knew the record already set and she made it her goal to beat it.

“I felt good after I beat the time, but I know I can get better time; it is not the time I want to be at outdoors, but indoors I am happy with it,” Wyatt said.

Wyatt’s personal goal for the end of the season is to get her 800-meter dash down and become a part of the 4×4 team.

The third record broken at the meet was done by Sadie Edwards, a freshman general studies major from Provo, who also set a record for the 400-meter dash at 1:02.24.

Edwards said, “this experience was exciting because the track and elevation made it so much harder to run, so to still be able to beat my record is thrilling.”

Head coach Derrick Atkins said the team is continuing to improve, as this is only their second meet. It is a process to get the athletes to their own individual goals. The team has to continue to work and build to improve and there isn’t a stopping point.

“Every athlete can improve in one way or another,” Atkins said.

Keeping high expectations, Atkins said the goal for his athletes this season is for every player to get their own personal record.

The athletes will continue to practice daily and individually work on their own goals to keep improving in their future meets.