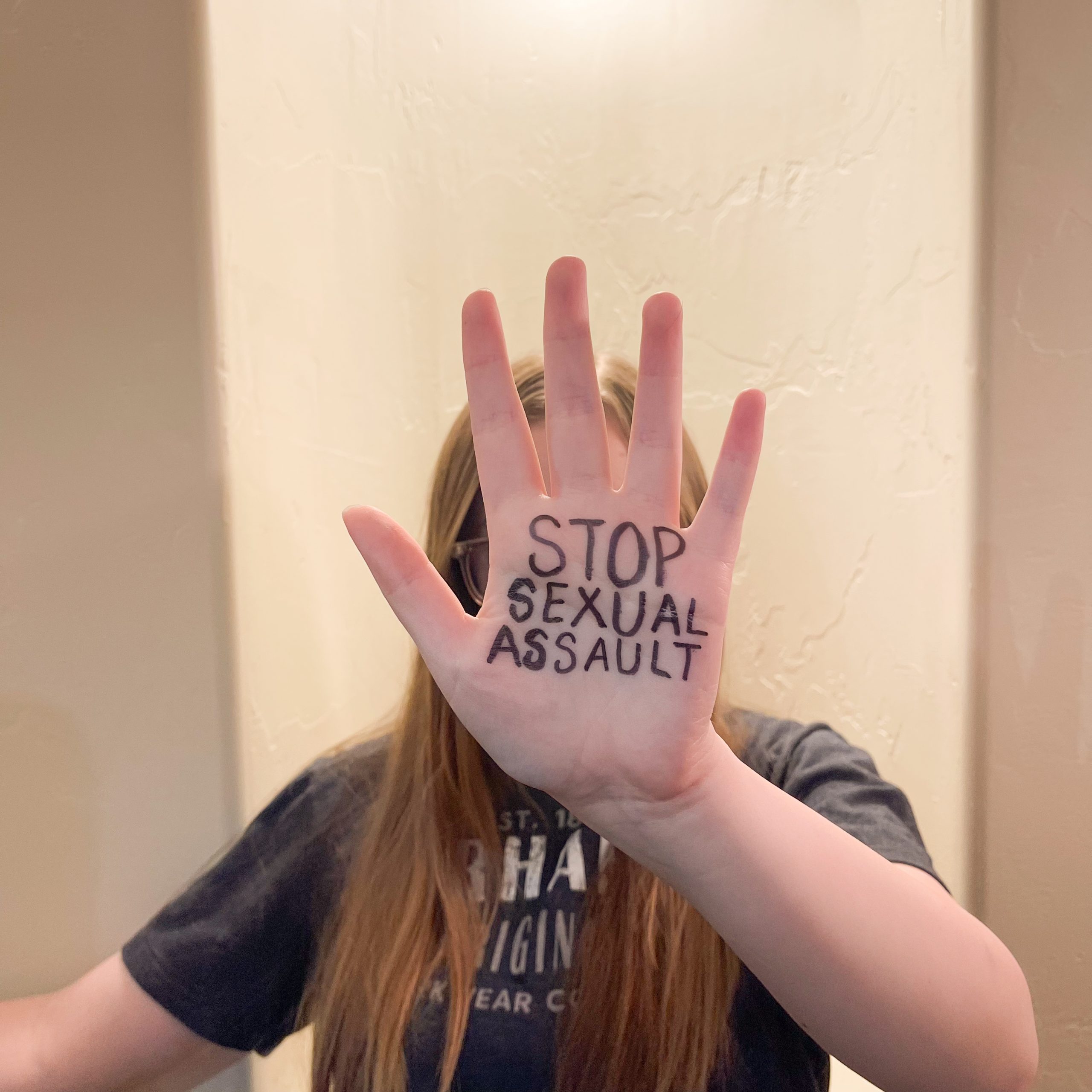 Sexual harassment can be defined as making an inappropriate comment, gesture, or acting on those comments and gestures. If the victim interprets it as harassment, then it is. Be aware of how you treat others and think before you speak. Photo illustration by Frankie Medina

Imagine a world where there are remarks being made about your day. Constantly getting asked about your sex life. Getting made fun of about your gender or sexual orientation. This is the sexual harassment and objectification that Utah women are experiencing.

A study done with women between the ages of 18-70 at Utah State University explains the objectification and sexual harassment women face.

Women experience objectification in the workplace, at school, and in public places. This can often start with only a word or phrase said, or develop into something as substantial as sexual harassment.

Robbyn Scribner, research fellow at the Utah Women and Leadership Project, said women have been looked at as “more important to be seen than to be heard.” She goes on to say women’s bodies are seen as “the most important thing about them and the most notable thing.”

Objectifying women can mean a lot of different things. It can be as little as a comment or gesture towards a woman that makes them feel uncomfortable with their appearance, their actions and them as people.

Alijah Caskinette, a junior history and social science education major from West Valley City, said people can stay away from comments such as “beauty standards and commenting on peoples’ appearances… if it’s something that cannot be changed immediately then you shouldn’t comment on it.”

She said commenting on something as little as saying an article of clothing doesn’t look good on someone can be identified as objectification because it is belittling their appearance. It can be known as harassment behavior if is it a constant occurrence.

“Men have been noted for what they do and women are noted for how they look,” Scribner said. Therefore, we need to stray away from comments that focus on women’s bodies such as, accusing a women, “of using sex to get gain.”

Harassment and assault does not only consist of commenting on clothes, it can consist of making inappropriate accusations and comments about women that are false allegations like:

False accusations toward women like them allegedly using their looks to get ahead in the workplace or in life, and not including them in a project or event because of their sex can have a negative effect on them. This is why women, especially students, should know their sources and who they can talk to if they ever find themselves in a sexual assault or harassing situation.

Hazel Sainsbury, director of equity compliance and title IX coordinator, said that the title IX is in charge of any matters associated with “sex-based treatments.” Sainsbury stated, “Whether you’re a woman or someone in the LGBTQ+ community, and you are receiving conduct that is unwelcome … you have the opportunity to report it to our office and we will work with you in figuring out what a remedy could be.”

There’s this idea that objectifying or harassing a woman is about making inappropriate comments or gestures toward them. If a woman feels they have been mistreated or belittled in any way, they have been objectified.

“Unwelcomeness is determined by the recipient of the conduct,” Sainsbury said. “It doesn’t matter what the other person intended.”

With interacting with others, comes great responsibility. It is better to think before you say something that might be presented negatively.

Sainsbury said, “Just being on the lookout to ensure that everyone’s invited…to make sure that we are not unintentionally uninviting people from participating in [university] programs and activities.”