Must-watch Christmas movies to spice up your holiday cheer 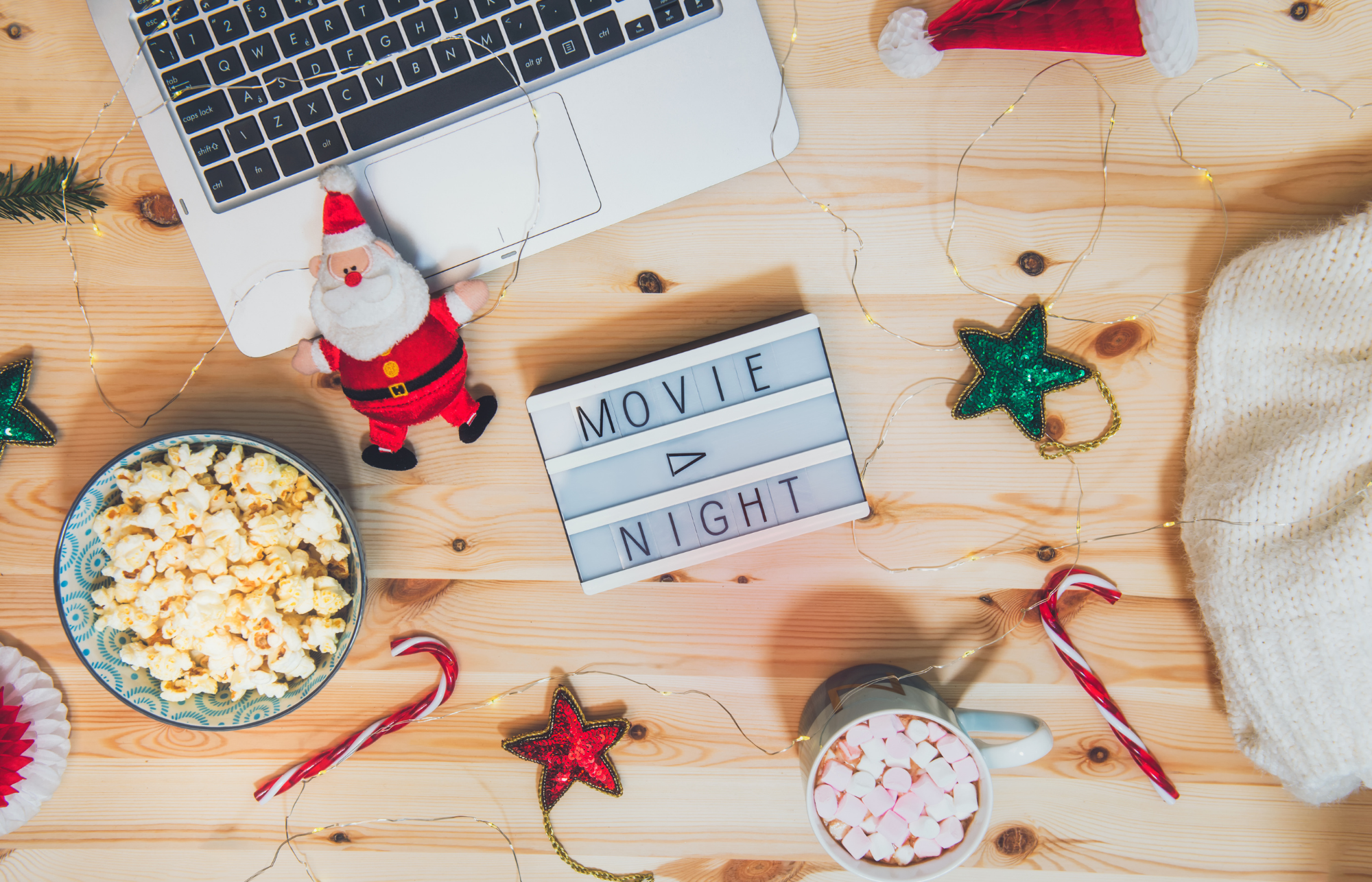 Christmas movies are a good way to get into the holiday spirit. There are some classics as well as some new Netflix originals that are a must see this holiday season. Photo curtesy of Shutterstock.

The sky is dark, it’s snowy outside, cookies are in the oven, and the Christmas tree is lit as you settle in to pick the first Christmas movie of the season.

If you are anything like me, then picking the movie takes about as much time as actually watching one. I have compiled 14 of my favorites and other Dixie State University students’ favorites in a list organized by genre.

Maddy Riches, a freshman design major from Herriman, said: “Christmas movies are uplifting and bring people together. I haven’t met anyone who doesn’t like at least one Christmas movie.”

Fun fact, Tom Hanks voices six of the characters in “The Polar Express,” an animated movie about a boy who boards a magical night train on Christmas Eve. Hanks is the voice of the hero boy, father, conductor, hobo, scrooge and Santa Claus.

Unlike most movies “The Polar Express” doesn’t name the main character. Does this leave more questions or does it leave the interpretation open to the viewers? That can only be answered with personal opinion.

“Mickey’s Once Upon a Christmas” is a three-part compilation of the Christmases of Donald’s nephews, Goofy and Mickey Mouse. In “Donald Duck: Stuck on Christmas,” Louie, Huey and Dewey wish that Christmas was every day. Goofy works hard to prove to his son that Santa Claus is real in “A Very Goofy Christmas.” Mickey and Minnie showcase iconic Christmas selflessness in “Mickey and Minnie’s Gift of the Magi.”

“Mickey’s Twice Upon a Christmas” is a five-part compilation adding the Christmases of Minnie, Daisy and Donald. In “Belles on Ice” Minnie and Daisy learn the importance of friendship as they compete in an ice skating competition. In “Christmas: Impossible,” Louie, Huey and Dewey try to remove their names from the naughty list when they visit the North Pole. In “Christmas Maximus,” Goofy’s son Max is embarrassed when he brings his girlfriend home for Christmas. In “Donald’s Gift,” Donald Duck forgets about the spirit of Christmas when he feels haunted by the Christmas song, “We Wish You a Merry Christmas.” In “Mickey’s Dog-Gone Christmas,” Pluto runs away to the North Pole after a fight with Mickey.

Unexpected love in a new location was just what Iris (Kate Winslet) and Amanda (Cameron Diaz) needed. If you want to feel pure Christmas love, then add this movie to your watch list.

Newly added to Netflix on Nov. 5, “Love Hard” will keep you interested with it’s plot twists. Natalie, a writer in the movie from Los Angeles, makes a living writing about her disastrous dates from dating apps. When the Christmas season arrives she thinks she has found a keeper, but instead finds a catfish.

This romantic comedy will keep you laughing as well as teach a lesson about deceit when looking for love.

In this Netflix original, each day the calendar opens to reveal a small figure that magically plays a part in her day and leads her to follow her dreams in her career and relationships.

The extreme Christmas fans Luther and Nora Krank decide to skip Christmas when their daughter isn’t able to spend it with them. The neighbors are furious and when the daughter changes her plans, the Kranks must set up their usual Christmas in a few hours.

Ashley Wilson, a sophomore dental hygiene major from St. George, said, “My all-time favorite Christmas movie is Christmas with the Kranks because every year I watch it with my family and it’s one of the funniest Christmas movies ever.”

Tim Allen is Scott Calvin in “The Santa Clause,” a humorous movie telling the tale of how Santa Claus comes to be. The contract called “The Clause” is signed when the Santa suit is put on by someone else.

In the second tale of Scott Calvin as Santa Clause, Calvin returns home to find a Mrs. Claus and help his son get off of the naughty list.

The Santa Clause 3: The Escape Clause

In the final story of Scott Calvin as Santa Claus, Jack Frost is attempting to take over as head of the Christmas holiday while Santa is focused on his wife and expectant mother Ms. Claus.

Kevin is left behind when his family travels to Paris for the holidays. At first, Kevin has the freedom he has always wanted, but when two burglars target his home, he sets up traps throughout his house to catch them.

The importance of family during the holidays is highlighted in “Home Alone.”

How the Grinch Stole Christmas (2000)

Dr. Seuss’s story of the Grinch comes alive in the live-action version starring Jim Carrey. The classic story of Cindy Lou Who befriended the mean Grinch is told comedically in this version while still expressing the true meaning of Christmas.

Laura White, a freshman psychology major from Logan, said: “The Grinch is my favorite movie of all time. It’s so relatable and I can’t go a day without quoting it at least twice.”

Buddy, a stowaway human who grew up in Santa’s workshop, travels to New York City to find his real father. Will Ferrell, as Buddy, tries to be a part of his father’s world and conquers love, work and Christmas.

Everything goes wrong as the Griswold family is preparing for their annual Christmas celebration.

Riches said: “Christmas Vacation is the funniest movie ever, me and my family quote it all year long. We watch it together every year when we put up the Christmas tree, it’s become one of my favorite traditions.”