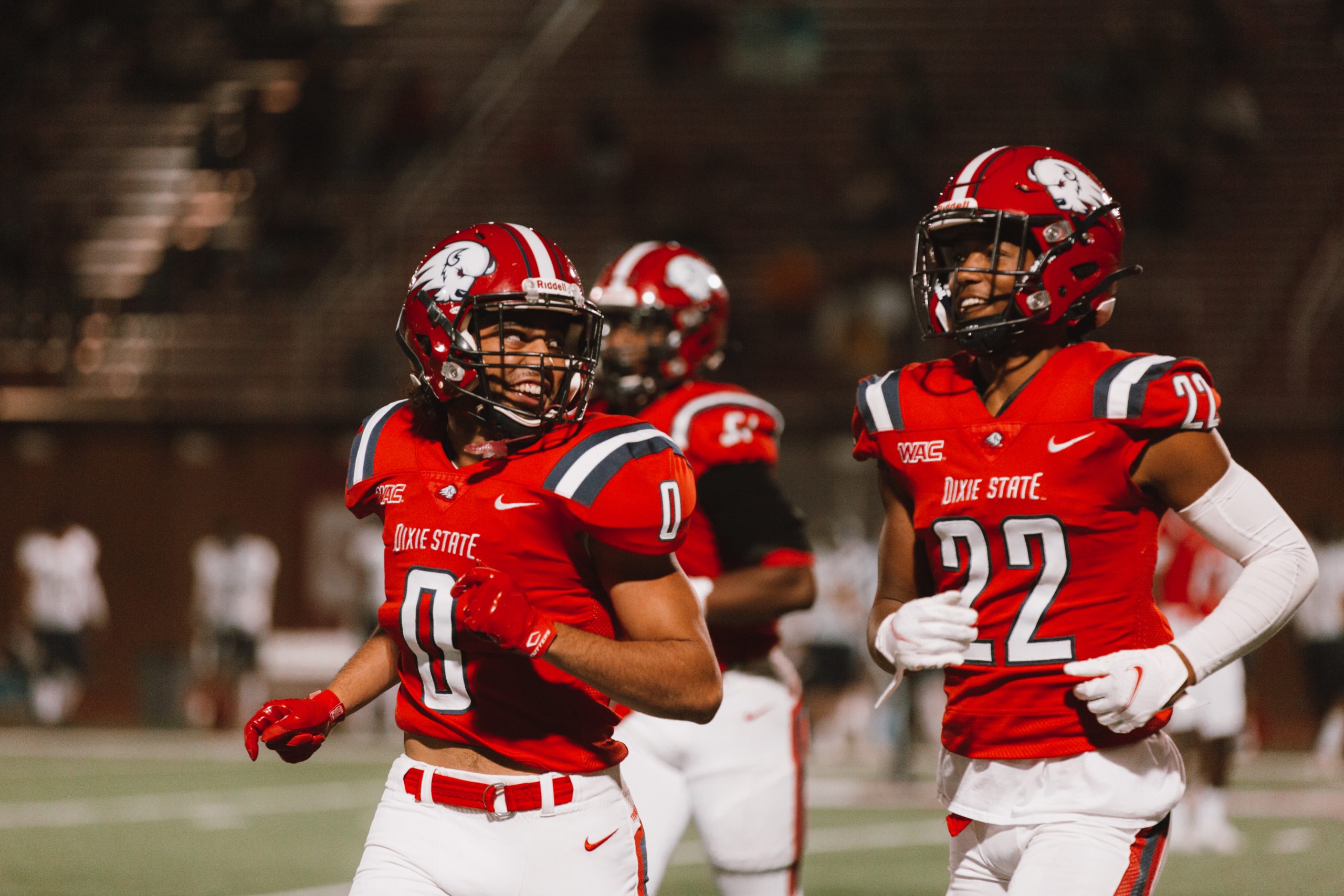 DSU football players jog off the field in their first win of the season against Fort Lewis Nov. 13. DSU Athletics expects a large amount of revenue from its matchup against BYU in 2022. Photo by Emily Wight.

The DSU football team is scheduled to play Brigham Young University Nov. 19. The game is expected to take place at the LaVell Edwards Stadium in Provo.

This football game has a game guarantee or known benefits for both teams. Despite being an away game for the Trailblazers, DSU’s game guarantee is to make a profit of $425,000 for the one game.

Football has a higher game guarantee than other sports and this is because of higher attendance numbers.

The Athletics Department also participates in fundraising events and accepts donations from the community which help to produce a revenue for the department.

In addition, the DSU baseball team is scheduled to play BYU in the spring of 2022.

Using last year’s home game ticket sales as a comparison, the game is expected to bring in a couple thousand dollars at most. DSU officials will not be able to determine the exact amount of revenue until ticket sales are final.

Last year’s athletic revenue was skewed due to the limited attendance policy because of COVID-19. DSU is hopeful with the increase of seating available more fans will also be in the stands.

As the university begins to transition and rebrand to Utah Tech University, the Athletics Department also needs funds for rebranding.

However, the money brought in from these games will most likely help to cover annual expenses rather than rebranding.

The Athletics Department’s annual expenses include things like uniforms and gear. These expenses are budgeted yearly and will not be considered an “extra-expense” with the rebranding of the university.

The money DSU profits from games versus bigger universities, such as BYU, help to cover these expenses.

“There will be some larger expenses such as the logos in the turf field and the basketball court that will be an added expense,” Boothe said.

The university has not finalized the cost for the rebranding of the turf field and basketball court yet. It has begun collecting bids.